SMITE Scylla Patch Notes as Long as Her Tentacles 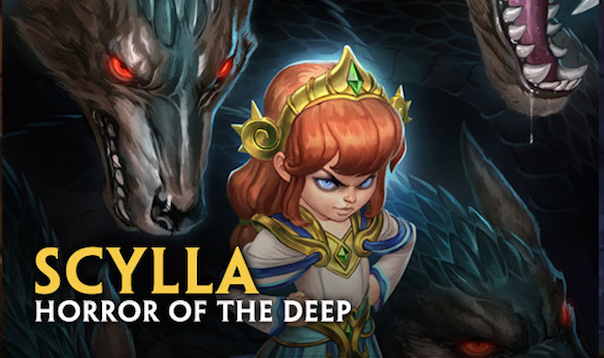 HiRez Studios has released the SMITE patch notes to coincide with the launch of Scylla, Horror of the Deep. The list is lengthy and detailed as the game nears official release later this month.

Notable highlights include massive work on the spectator system to not only improve performance and functionality, but actual changes to some of the map designs to improve overhead views of certain twisted jungle spots on the Conquest map. Ward costs have also been lessened while given a home security alarm to raise awareness when enemies pass through their field of vision. And the entire item tree has been rebuilt into a more cohesive pathing system, though many items including the infamous Fatalis have been removed pending further testing.

As far as Scylla goes, her kit can be seen below:

Active: Scylla summons a sentinel to the target area, granting 40/50/60/70/80 vision of enemies for 5s. Scylla may activate the ability again within 5s to move to the sentinel location. At max rank, the vision is granted through line of sight blockers, and placement range increases by 5. Cooldown 15s. Cost 70/75/80/85/90.

I’m a Monster
Scylla reveals her true nature, becoming CC immune for the next 6s, and gaining +35% movement speed. She may make one powerful attack during this time, dealing 400/500/600/700/800 +120% of her magical power as damage. If she kills an enemy god with the attack, she gains another 6s and may attack again. At max rank, the movement speed bonus doubles. Cooldown 90s. Cost 100.

Full patch notes and god balance changes can be found on the official site.