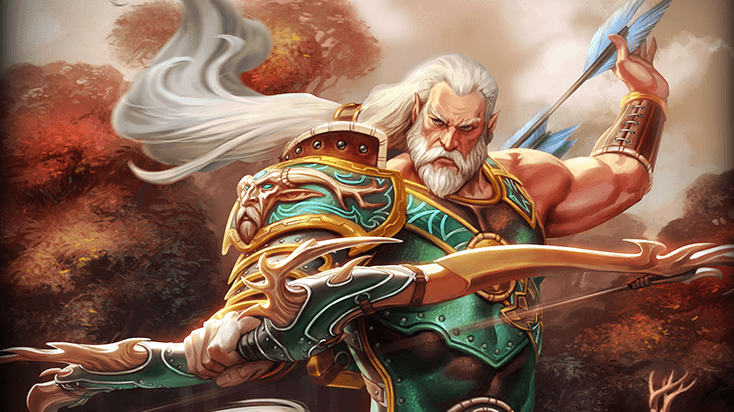 This afternoon, Smite‘s patch note stream revealed the notes for 2.18, “The Astral Hunt.”

This patch has no god balance changes, but does introduce a new god: Chiron, the Great Teacher. This will be the final god release of 2016 prior to next year’s reveal of the new pantheon. We also see the new map Clash getting its first chance to shine! This god’s abilities are:

Every 12s Chiron collects herbs for a poultice, which increases all healing Chiron receives (+10%) for each poultice he carries. Each time he uses an ability, the lowest Health ally within 30 units is healed for (30 + 5 per god level over 5s).

Chiron is transformed into a constellation, and can fire three long-distance shots (100/145/190/235/280 +90% of your Physical Power), even through walls. If Chiron would be killed during this ability, he does not die until he runs out of time or shots. Killing an enemy in this state returns Chiron to life with Health equal to the damage dealt instead. Cost: 80/90/100/110/120. Cooldown: 90s.

There was one additional bonus reveal today: the new Shinto Pantheon! This new pantheon will begin its entry into Smite during 2016, introducing a host of Japanese deities to the game. More details will be revealed at the SPL Super Regionals.