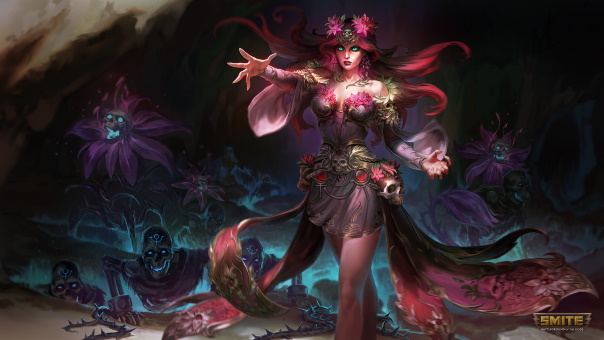 At last year’s HRX/Smite World’s, one of the things Ajax teased to us was that this would be a year of community favorites. Gods that they often hear should be in the game have come to the Battleground of the Gods, and this one’s no exception. In the appropriately titled “Queen of the Underworld” update, the bride of Hades, Goddess of the Harvest herself, Persephone will be arriving in Smite. She’s going to be a mage (though I stand firmly by “She should be a Guardian”), and part of her UI might upset people with Trypophobia. Trypophobia is the fear or disgust of irregular patterns, holes, or bumps. Of course, we’re not here to discuss her kit specifically, that will come when I do my god review, not too far down the line. I do like her kit though, She has minions to summon, she can place skulls on the ground, and has an absolute banger of an ultimate. Grasp of Death looks like it will be a hit in the duo lane, and it can also attach to walls, which I think is fascinating.

There is a nice chunk of bugs that are being fixed in this patch, so please feel free to peek at the patch notes link at the bottom of this article for those. There are two parts of Project Olympus I definitely want to address, and they’re both good things, don’t worry. The “Community Celebration Event” is an absolute banger of an event, and will run from August 23rd until October 1st. Free for all players, it will have an event UI, with a pair of progress bars. The Blue Bar is increased by the SMITE community playing games. The Green bar is your own personal progress. You can only unlock levels that the whole community has, and the ultimate reward? A gorgeous new Artio skin! That’s right, content for free simply by playing the game! The other is a new Direct Purchase Skin option. There’s going to be a new “Deals” section next to the “Featured” tab. Every seven days (roughly), there will be direct purchase skins here and will be a variety of Exclusive skins from across Smite’s history. I know there are a lot of people who are new to the game who missed out on some of these, so it’s a great idea. I just hope the prices are pretty reasonable. What I’d like to see one day, is fewer Limiteds, though. I love how they come out, but having a limited time to get something (or so many things) can be a little frustrating. 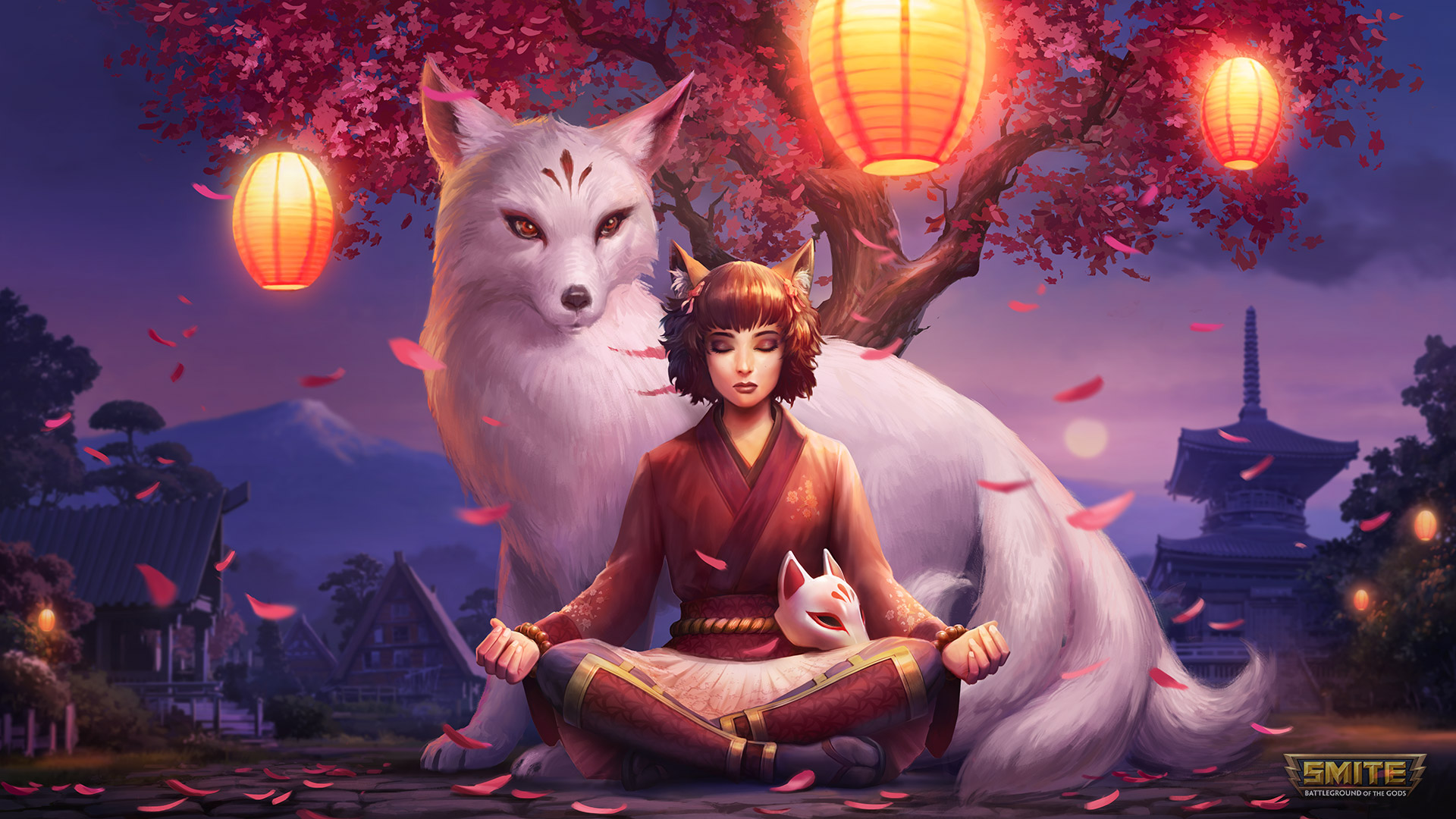 This is such a gorgeous skin concept.

Whew, this is a full patch of changes! I haven’t been as active as I’d like to be in Smite lately, but even I know that Pridwen is filthy. It is the cheapest, cost-wise of the Arthurian items, and offers a magnificent amount of stats. Now, while you can still use it on everyone, it’s less of a catch-all protection item. Pridwen is seeing some defense reductions (40-> 30 in both Phys/Mag).  It will still be good, and still be great for tanks, but it’s less of a “You must buy this”. Fail-Not is another Arthurian item that had left a huge mark on the game in a very short amount of time. It’s seeing a bug fix (the buff was applying to non-god targets) and is losing a little of its Critical Strike Chance (25% -> 20%). Overall, Fail-Not was just too damn good. Though Staff of Myrddin is seeing no changes yet, I have a feeling it’s going to in the near future.

Arondight is seen, according to data, to be the weakest and least useful of the Arthurian items based on its cost. So with that in mind, it’s getting a Physical Power buff (55->65), and I think this could definitely make it a more viable purchase. This patch has a theme for items, and that’s “lowering/removing Movement Speed”! Masamune and Stone Cutting Sword both see theirs nerfed (10% -> 7% on both), but Masamune also saw a slight buff, with it giving more HP now (100 -> 150). This is to shift it to be more of a Warrior-style item, granting more health instead of more Movement Speed. Bumba’s Mask is getting nerfed nice and hard too. The damage taken will go up, and the decreased damage dealt will go up (if that makes sense).  This is an item that is supposed to offer power (in this case Movement Speed) at a cost: You deal less damage and take more. It should be far riskier to buy now (Increased Damage: 10% -> 15%, Decreased Damage: 10% -> 15%). I love Bumba’s, but not enough to build it in Arena now!

This Patch, in “Things Jason is salty is being nerfed”, this slot goes to Dynasty Plate Helm! I love this item on several Guardians. But it’s also a very sound item to build for Mage ADCs, which has shot up thanks to some changes, and the arrival of Olorun. It offered an unreasonably high physical defense (to protect against Junglers), and plenty of Magical Power (to box down the other Mage in lane). It’s seeing a nerf in both of these (Magical Power: 55-> 50, Physical Protection: 35-> 30) and while I agree with it, and it makes sense, I’d be a liar if I weren’t a little disappointed. A pair of rings received some adjustments this patch too, with Telkhine’s Ring and Shaman’s Ring (Evolved Shaman’s Ring). Telkhine’s Ring is a bit on the pricier side, but they wanted it to feel special. It’s losing the 10% Movement Speed, but increasing the Magical Power Scaling, and increasing the Attack Speed on it.

Sure, the movement speed was nice, but now it’s a real power item, worthy of the cost. (Attack Speed: 20% -> 25%, Magical Scaling: 10% -> 15%). If you move towards buying Telkhine’s Ring, I think it will feel worth it, but you do lose that sweet movement buff now.  Shaman’s Ring also lost its movement speed and saw an increase in the cost of 100 (2400 -> 2500). As this is more of a non-mage ADCs who itemize into the Ring Tree, it now grants more Magical Power, and its Passive Debuff Mark will stay on longer. (Magical Power: 100 -> 110, Passive: 5s -> 10s). Again, I don’t think losing the Movement Speed buff is a big deal. Perhaps it was making rotations far too easy without any downside. But having that debuff mark for 10s is going to be very interesting for burst mages I think. 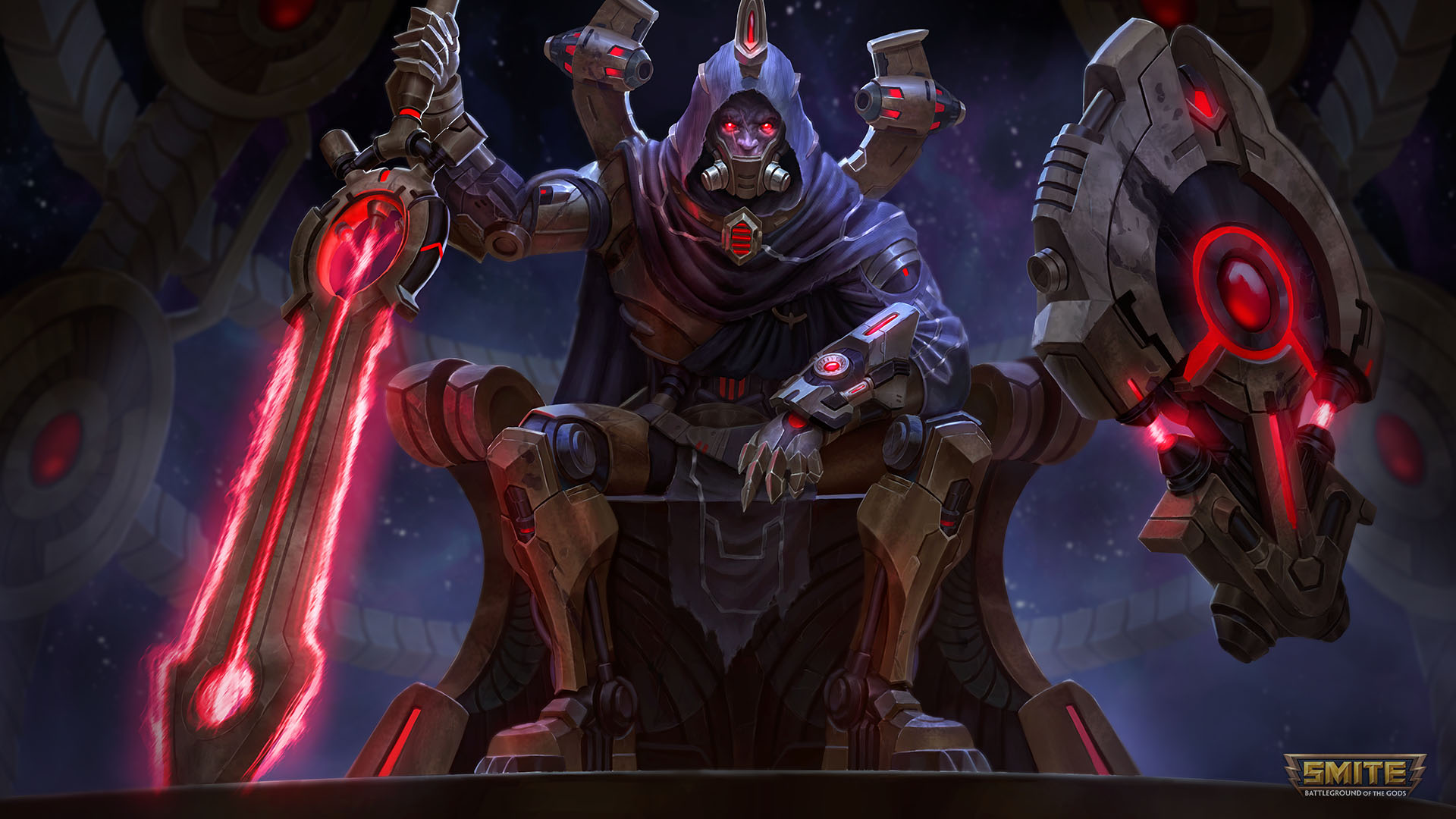 Did you really think I'd leave an Ares skin out? Hell no.

A few other Gods received some minor buffs/debuffs to make them more palatable. Hera is seeing some love with Polymorph, which will now be able to clear waves/harass easier, with an increase to its early-game damage (60/105/150/195/240 -> 80/120/160/200/240). It’s not going to be a game-breaker in the late game, just fixing her issues in the early game. Isis, conversely, had a brilliant amount of Mitigations thanks to Circle of Protection. That’s the only part that’s changing, she’s not being broken back into unplayability. Circle of Protection is still a fun ability, with plenty of upsides (Mitigations: 25% -> 20%). On the note of changes, Olorun is being shifted to be more in line with the Hunter role he’s supposed to fill, instead of a Mage. With that in mind, he’s getting a bit more HP (400 -> 450). One of his key abilities, Focused Light is also seeing its Base Damage go up (100/140/180/220/260 -> 100/145/190/235/280). The idea behind a hunter is that, in my estimation, their abilities will be the primary damage until their auto-attack damage is online, then they mash LMB to win. I of course, probably missed some things, but you can get the full details in the Patch Notes below!

What are you excited/upset about? We’d love to know in the comments!