The SMITE team is preparing for another patch to hit soon, and this week they’ve been previewing a few major changes to the gods Odin, Arachne, and Ao Kuang. 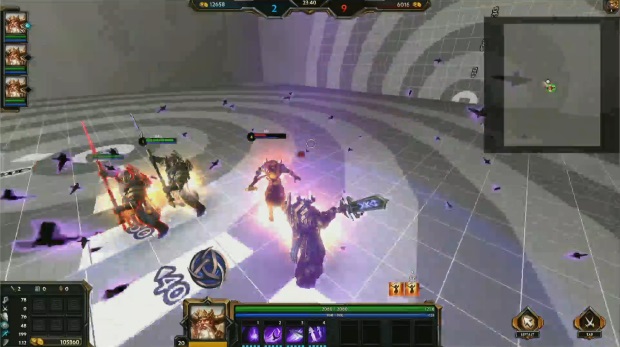 Odin’s rework will include a readjustment of his base stats, and changes to his skills. His passive skill will grant physical power stacks when enemy gods die inside the ring, which will be decreased each time he dies inside the ring. His ultimate will no longer give CC immunity, and will allow only allies, auto attacks, and abilities to pass through the spears (but not Odin himself). Enemies inside the ring will receive healing and attack speed debuffs. Meanwhile, Lunge will be unchained, Odin’s Shield now explodes and does a small AOE based on the health the shield has left, and Gungnir’s Might loses its hp5 passive.

Arachne’s rework was previewed today on stream, and aims to make her a better assassin on the battlefield. Her passive is no longer a poison stack, but instead gives her a increased power scaling as enemy health goes down. Her first ability now becomes a single-hit steroid that applies a healing DoT. Her second will now grant attack speed for a limited number of hits, and also includes a stacking debuff on the enemy which will stun the enemy in a cocoon on the third stack. The third remains a web wall which slows enemies caught in it, speeds Arachne, and spawns damaging spiderlings. Finally, her ultimate will allow her to climb “on top of the screen” (just like we saw teased over a week ago), traveling on the ceiling of the map and then leaping down.

These reworks will be available to test this weekend.

Ao Kuang is also being reworked for lore accuracy, some speculating into a guardian as the pantheon is obviously lacking in that department. The current Ao Kuang will become the Mayan god Kulkulkan (similar to how the original Wu Kong became King Hun Batz). Ao Kuang’s original voice will be preserved via Kulkulkan’s Sacred Dragon skin.

Finally, a new skin has emerged, so click here to watch the preview for “The King,” an Elvis inspired skin for Bacchus.