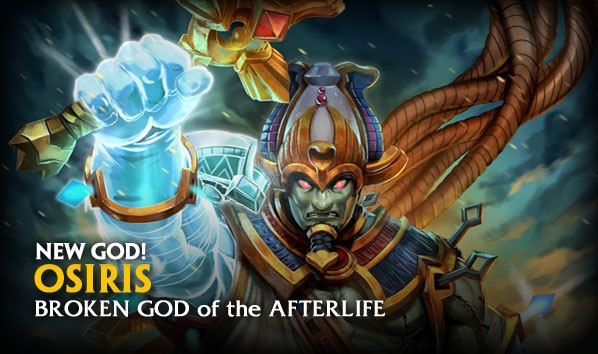 Hi-Rez Studios has announced and launched the latest patch for their MOBA, SMITE. The patch introduces the new Egyptian God Osiris, Broken God of the Afterlife. Osiris is a melee warrior with tethering abilities and the ability to prevent healing and deal damage in a single blow.

The new Siege mode is also now available in beta testing. This mode is a two lane, conquest-style 5v5 map with a Mayan theme. Teams earn points during combat to spawn friendly Siege Weapons, which are tougher and more powerful units that may also be freely teleported to from the battlefield.

A new league system is also in place, implementing many community requested and expected changes, including the introduction of Tribute and a new season structure. You can find out more on all these changes in the official patch notes.