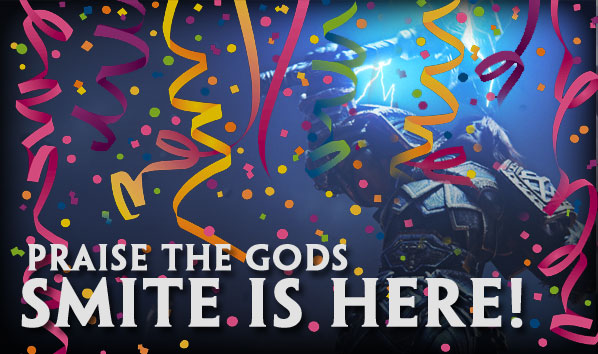 Hi-Rez Studios, a ldeveloper of free-to-play online action games, has today officially released their MOBA SMITE in North America and Europe. The free-to-play, mythology-themed game has accrued over 3 million registered players during its extended Open Beta phase. A cinematic teaser for SMITE has been released to coincide with the launch. The game also includes localized versions in French, Spanish and German.

Hi-Rez is celebrating the launch with a $200,000 Launch Tournament that will take place Friday, March 28 through Sunday, March 30, 2014, in Atlanta, Georgia in front of a live audience. Half of the $200,000 prize pool is community contributed, based on sales of exclusive in-game merchandise. The Launch Tournament includes the top four teams in Europe and the top four in North America that have qualified from the SMITE Weekly Tournament Series that began on January 4, 2014. The event will be live-streamed worldwide via twitch.tv/smitegame.

Further information on SMITE tournaments can be found on esports.smitegame.com.