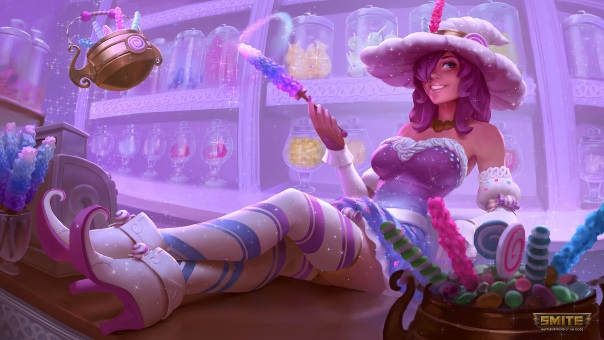 As always, the Patch Notes are linked below, because this patch is absolutely enormous.

Before yesterday’s Mid-Season Invitational battles, we saw a huge patch show for the upcoming patch. In it, a wealth of bug fixes, updates, and changes are coming to Smite, and a lot of them I am truly positive about (Nike? Hello? Yes, I love it). However, I do want to say congratulations to Armada, for their complete domination of the best Smite team in the world right now, Team Rival. Does that make Armada the best team in the world? Is that how that works? It was fascinating seeing the “Let’s treat this like Ranked” approach, and it definitely worked for them. But how long will that hold out? Will the other SPL teams take measures or counter-play? It was wise to play their own game, and somehow, Rival just didn’t seem ready for it. We’ll just have to see how things play out the rest of this week, but I do know it will be exciting. So with that in mind, if you want the nitty-gritty bug fixes and things I might gloss over, please check the patch notes. I want to focus on the things I think might make the most impact.

I am excited though, as an aside, for the increase in Bans for Ranked – that’s beautiful. With more gods, there are more bans, it’s just that simple. Each Ranked Mode has more bans, each team getting one more ban (two total), added to particular ban phases. I think the part of this patch that got the most discussion and greatest amount of murmuring would be the new item tree – Arthurian. This new tree of items is built around ultimate abilities, so the Tier 3 items offer some kind of new effect when you activate your ultimate. Each set of items is built around particular play styles, with the Tier 3 Items being built for specific classes. Fail-Not for Hunters, Arondight for Warrior/Assassin, Staff of Myrddin for Mages/Guardians, Pridwen for All. These are all fairly expensive items and will have an overwhelming impact if used correctly. I’ll leave the specific stats for them on the patch notes site, but here are the new passives. These passives can all only activate once per 45 seconds. 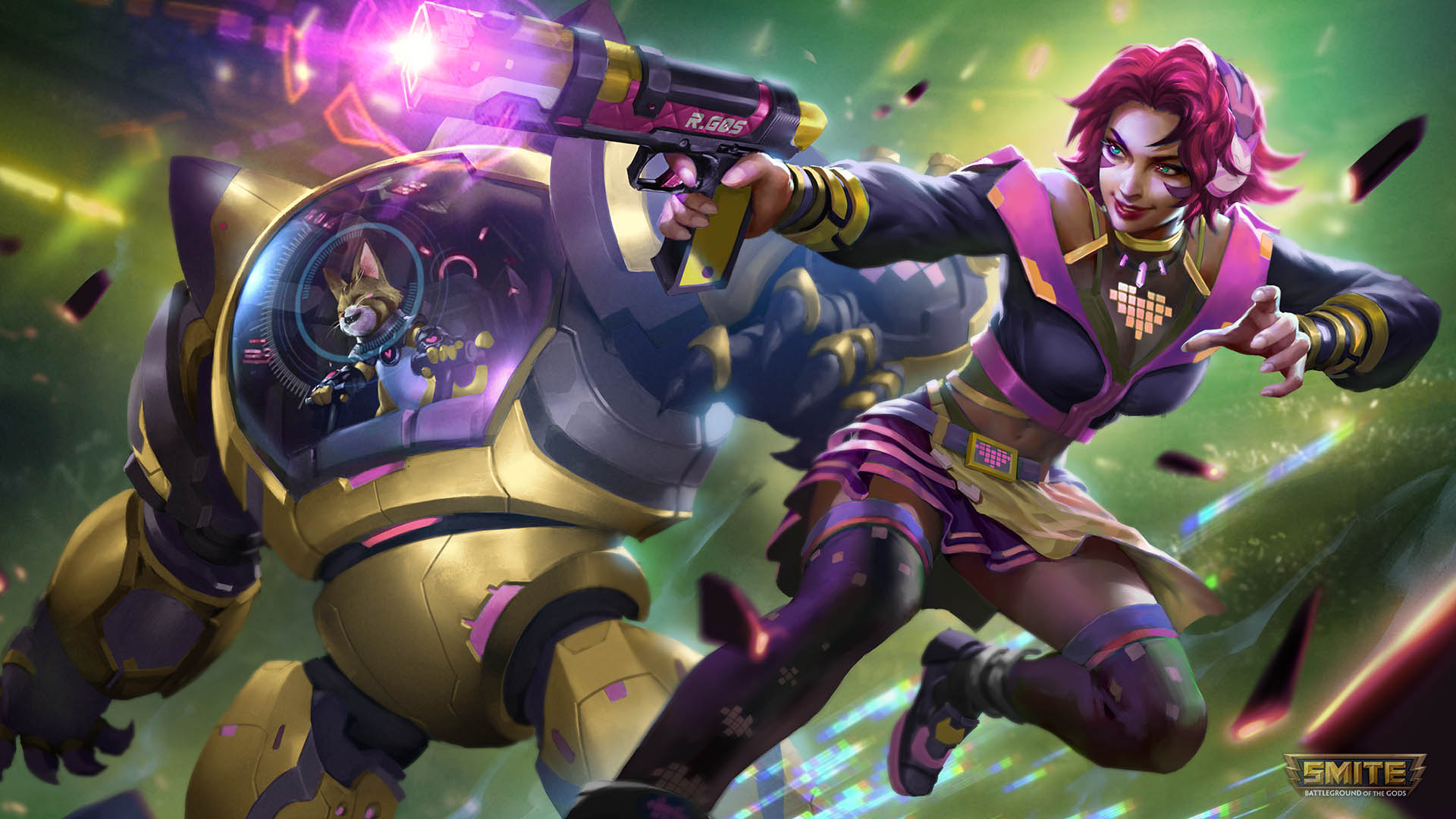 Each of these has some pretty insane applications. I see so many possibilities here. An important note for Fail-Not, that enemy god receives increased Crit Strike possibility from everything. I believe it even affects NPC minions like Fire Giant, as well as your allies. With the right timing, you can melt whatever is in your path. But if I had to pick a favorite? Without a doubt it’s Staff of Myrddin, but are you really shocked by that? Not even that because it’s a Guardian item, but it lets me use an ability twice. Athena? Double taunt! He Bo? He doubles the use of one of his non-ultimate ultimates! Merlin? The possibilities are endless. I wonder if Ares gets six chains out of that (provided you hit them). Arondight for hyper-carries is going to be absolutely bonkers. Pop your ultimate, get deep into the backline, and at least one enemy is disappearing in a cloud of red mist. I really like this for Bakasura, Loki, King Arthur, Chaac, and so many others. There is another new item, though – Contagion. It’s a Physical version of Pestilence but does not stack with it, like other anti-heal items. It offers 60 Physical Protection, 100 Health, 250 Mana, and 15 MP5. So now you have two options, and the solo lane has a fantastic new anti-heal item. Guardians will see a lot of use of it as well.

I’ve said for a long time now that Ethereal Staff is hidden OP, and now it’s even better! It’s a minor change, reducing the cost by 100g (2600 -> 2500), and a 1% increase in Max Health Stolen (5% -> 6%), but it’s a great item, made slightly easier to purchase. So many items received buffs this update, but I can’t think of any that didn’t deserve it. In particular, Gauntlet of Thebes almost never seems to get picked – It was 2400g and offered little to nothing in actual stats, other than health, right out of the gate. Stacking it is tedious but perhaps these changes will help. It’s now 2350g (2300 base), and now offers 300 Health (275 original). I still don’t think it’s something I will go out of my way for, on any god other than Ganesha though. Another item that I think definitely needed a boost was Ichaival, though it didn’t gain more in stats – those were fine. The cost was high though, and so it was reduced (2600g -> 2450g). As far as Adjusted items, Hastened Ring, let’s be honest – it was way too good for its cost. Haste is a very powerful effect, and having access to it at 2300g was perhaps a bit much. So, the ring sees a Magical Power buff (50 -> 70), but costs significantly more (2300g -> 2700g). I think it’s a good move, but I’m sure certain god mains will have a thing or two to say. 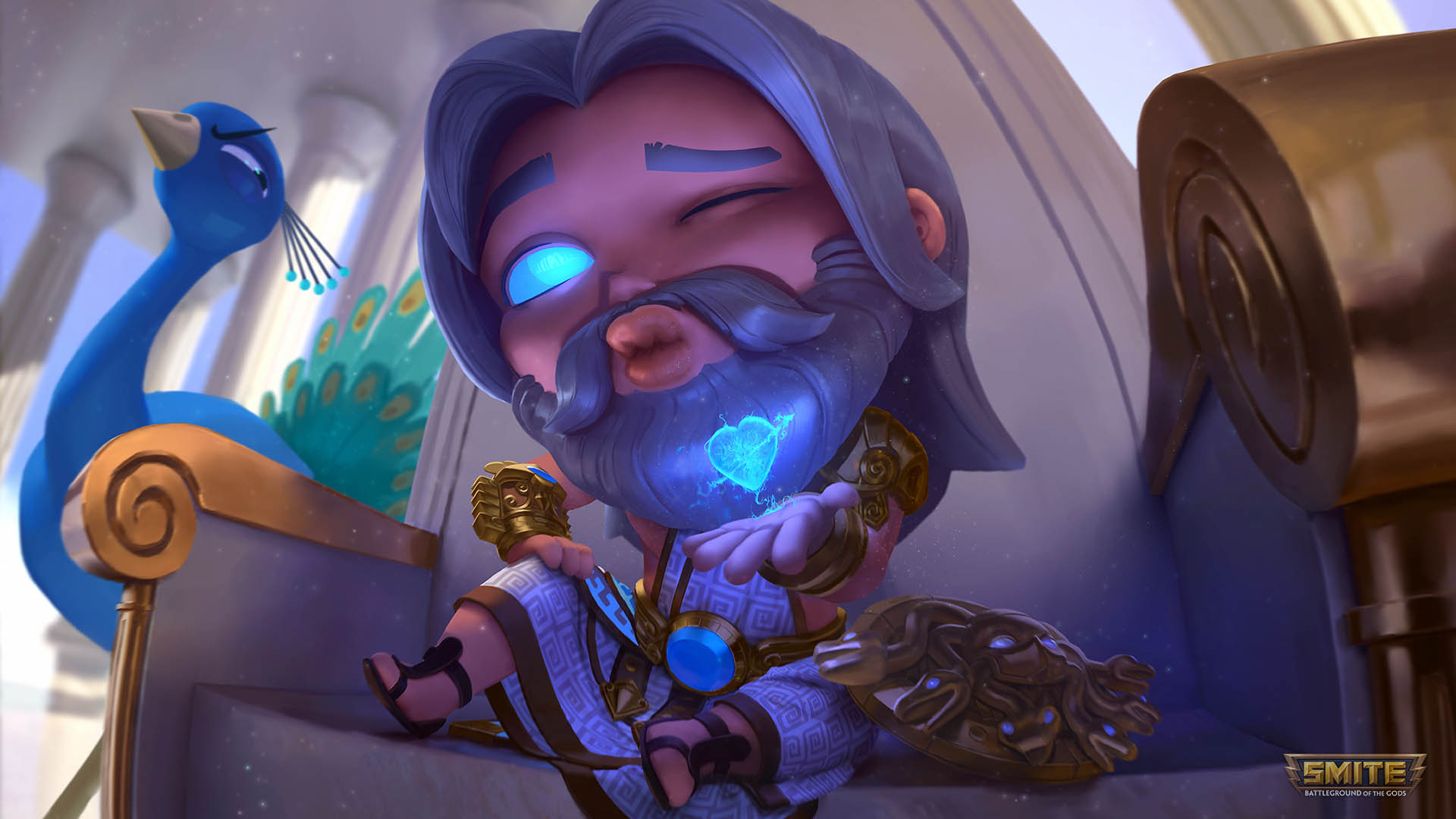 For the nerfs, there honestly weren’t that many, which surprised me. Hastened Katana saw a cost increase (2300g -> 2500g) and was changed for the same reason as Hastened Ring – Haste is strong, man. It did not see any stat buffs though, but I think Hastened Katana’s already in a pretty good place. Talaria Boots are another item that was honestly a bit too good. With no real downside, they gave awesome speed, with awesome Physical Power. That physical stat increase goes down just a bit (20 -> 15). In the tradition of these other items, Demonic Grip was a bit too strong for the cost, so now it costs a tiny bit more (2150 -> 2300). It looks like a serious focus was on that Mandarin build – all rings all the time! Now it’s not going to explode into the early game and make people weep, which is probably for the best. There are plenty of other items with some minor changes, which, well, you know the drill. Link’s below.

The theme for this patch on the god front is fixing things that were wrong. I think perhaps the biggest winner was Nike – despite already having the highest win percentage of all gods in the game, she was not popular. Nike was simply not fun to play. Her passive brought incredible value and was super potent, but her Plan of Action ability really kind of stunted any fun you had. You had to use Plan of Action, then use another ability to increase its effect. Now, those buffs come to all of her powers – Rend now always fires three times, Valiant Leap now travels at the faster speed, and Nike gains the health shield immediately for Sentinel of Zeus and is now stronger (now 30/35/40/45/50% of Max Health). Plan of Action now does something incredibly fun. Now, Nike will feel impactful and can see way more action in the duo lane/support role. Get ready to see Nike’s jumping over you and forcing you under the tower, because it’s going down.

But she’s not the only recipient of some wild and crazy changes (not to be confused with kids, thanks Nickelodeon) – Thor got some serious adjustments too! For the God of Thunder, he really didn’t do very much thunder damage, but that’s about to change in a serious way. One of the biggest changes is his ultimate, Anvil of Dawn. It has a new component, that adds lightning to his damage for six seconds after he lands. During this buff state, each of his basic attacks and abilities chain lightning to nearby Enemy gods, damaging them with each hit. Yes, that means he can divebomb, stun, Berserker Barrage, and then auto attack a few times, blitzing an entire team with a little more damage. He also saw a minor fix to Mjolnir’s Attunement, so now it will actually hit people at max range on the return hit, which was not happening properly.

Now, this isn’t worldshaking damage, but it’s going to make him more of a threat, and fit his kit better. Berserker Barrage, in that spirit, is also changing. It’s far more clear what the ability does, in my opinion. Now, he still spins to win. He hits enemies in front of him up to 3 times, and those behind him up to 2 times. The final swing will also deal extra damage, and he is immune to knockup. It also sees a lowered CD (11s down t 8s), and a reduced Mana Cost (down to 55/60/65/70/75).

Another recipient of some love was Skadi and Kaldr! Kaldr, the Winter Wolf now gives Skadi +10% Physical Power if he’s at 0 HP, and his HP regeneration went down to 5s (from 7s). In addition, Skadi’s ultimate, Winter’s Grasp saw a major change. It was kind of a weak, weird ultimate unless you were standing right on top of your target, and that just won’t do. Now, when she activates it, the Snowstorm surrounds her, and she picks a location for Kaldr to attack. If he’s too far away, he leaps there. When he gets there, the Snowstorm surrounds him as well. The initial hit of either storm will root the enemies, and Kaldr restores to full health. The storm will persist for 4s, dealing damage every .5s. This is a serious game changer for Skadi, and I forsee her being picked way more often. 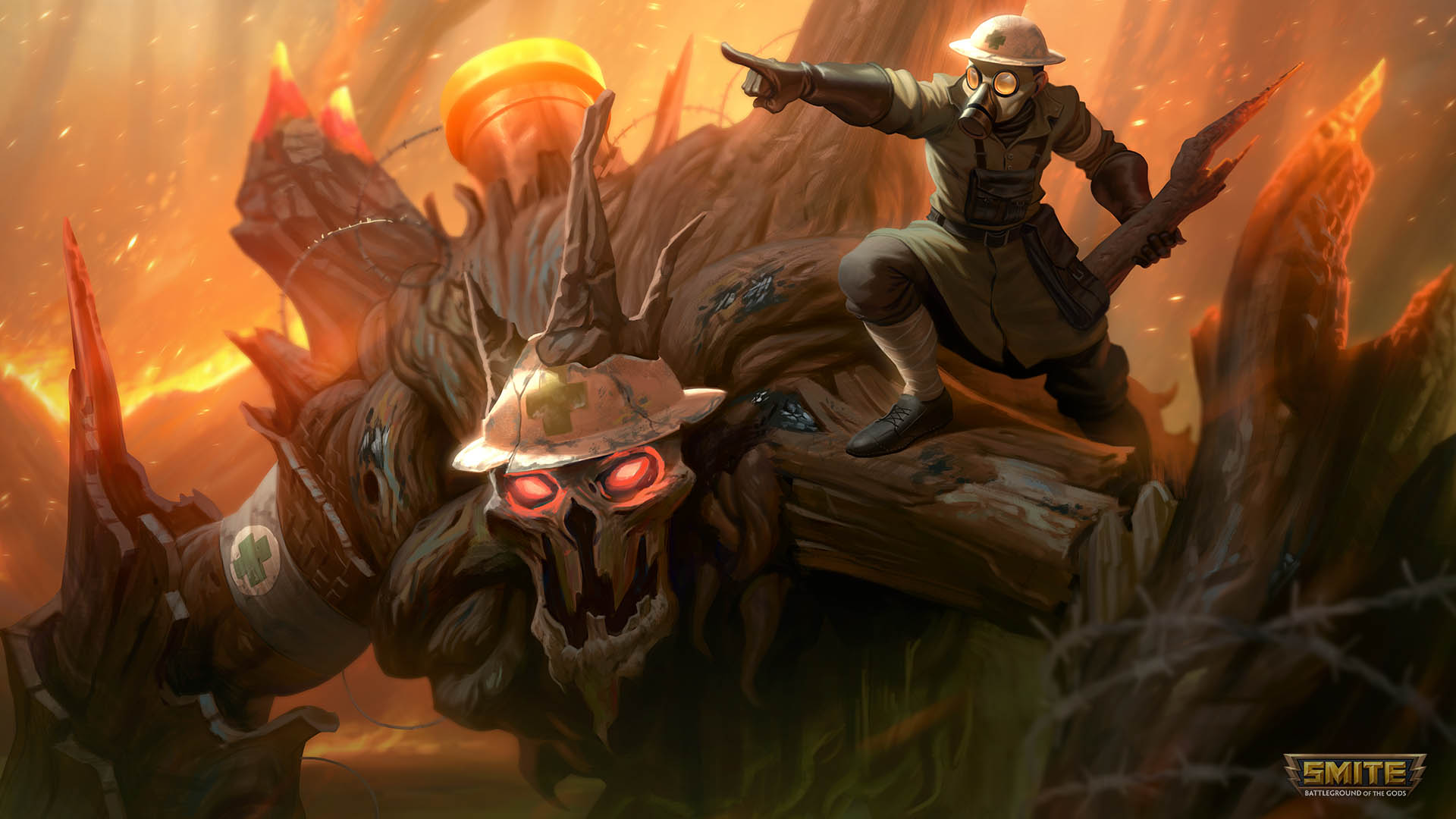 Will I use this instead of Bob Ross? I'm... honestly not sure.

Now, these aren’t the only gods that were adjusted this patch, just the arguably biggest changes. Olorun wasn’t nerfed, but I am uncertain if it was really a buff to Overflowing Divinity. Sure, it saw an increase in Magical Power Scaling (10% -> 15%), and the base damage went up (35/50/65/80/95), but hitting the same enemy now deals 20% damage each shot (up from 10%), and the projectiles start hitting randomized locations starting on the second projectile, which was the 5th shot originally. I don’t really think he’s going to be nerfed any time soon, but I think a lot of his items were adjusted/costs were increased. Some mild changes hit Ne Zha as well, specifically to Universe Ring Toss. The effect stacks up to 2 times, but the slow% went down from 25% to 12.5%. Now if you get bopped by both, you still get that massive slow. The increased Damage Reduction of subsequent hits on the same target did go up though (25% -> 35%). I don’t think this will stop people from playing Ne Zha as a support any time soon.

This has been an absolutely wild set of patch notes, and there are surely plenty of items and gods I didn’t cover. I wanted to focus on the stuff I thought might make the biggest impacts to the game at large, as well as the new, exciting stuff. But what about you? What are you excited for? I’d love to know!