News >
Editorial Articles >
SMITE – Who Are The Most Reliable Support Gods?

SMITE – Who Are The Most Reliable Support Gods? 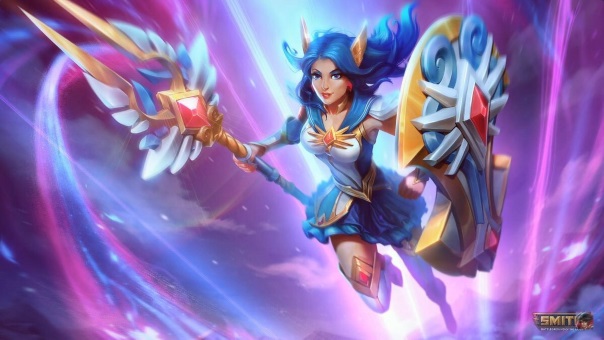 The focus of this piece is going to be Conquest. Arena will be its own Article.

A suggestion was broached recently, and it’s one I’m particularly interested in, so let’s make this a regular column for SMITE until I run out of ideas. The suggestion was to discuss each role in SMITE, and how the gods for that role vary based on their skillsets. So I figured I would go with the role I  potentially know the most about – Support/Guardian role. The role of the Guardian is to assist not just the Hunter, but the whole team in getting kills via CC, body blocking, and generally, just being a nuisance. Some Guardians pull, some stun, some pluck. Some have heals, some do not. Today’s piece goes over a few of the best-of-the-best, a spicy pick, and something off-meta that you’re likely to see.

So the ultimate goal for the Guardian is to ensure people are getting kills. But I cannot stress this enough – don’t stop attacking or popping abilities because you want to “make sure they get the kill”. In many cases, this can lead to your quarry getting away, and I would rather the team get gold, rather than let them get away for the Hunter/Mage/et cetera’s fragile ego. A good player will recognize that it was needed, while a toxic one will try to report you for kill stealing. The way I was taught to play a Guardian, once you hit level 5 and have your ultimate, you rotate out of the Hunter’s lane (duo lane) to go help the Middle or Solo, rotating as needed. But there is a school of that dictates you stay longer. I see that more with Warriors and Assassins in the Support Role, honestly. The support has to keep their eye on everything at once – so buy wards. Everyone should be buying wards. Let me say that again, but with bold text – everyone should be buying wards. If you’re playing Conquest, or any multi-lane map and not buying wards, you’re harming the team. Start buying wards.

I do my best to rotate as needed – but if the enemy Guardian is sticking to their Hunter like glue, I rotate back as often as I can, or if they can’t handle it, I just ward their side of the jungle and come back to help fight. In the early game, that’s where your wards primarily go: Cover buffs, cover Harpy. If your Hunter is overextending, and you can’t get them to stop, ward that side of the enemy jungle and your own, so they don’t come from behind without an alert. As the game progresses, there are lots of spots for your wards, which I will probably cover in a future piece. I tend to place mine on important objectives for the time (Harpy, Fire Giant, even the Totem of Ku if I’m focusing on the solo lane). You are the backbone of the team, you’re here to help. It’s a thankless job, but someone has to do it. Not all of the skillsets are the same for Guardians, and each approaches the laning phase differently. Ultimately you will always be apart of every teamfight if you can help it. So, let’s get started.

Athena: Do you want a god that can set up incredibly easy kills with little to no effort, and be anywhere they’re needed? Athena is for you. Athena’s Ultimate, “Defender of Olympus” allows her to leap to the aid of any of your allies, anywhere on the map. Her taunt has a huge cone, and when properly comboed with her 3 (Shield Wall), you get even more damage as the circle pops. She can dash with her 1, and anyone she hits with it is slowed. Max her 2 (Taunt) and laugh as you force your opponents to walk into all of your team’s setups and traps. Athena is good at all points of the game, she’s incredibly easy to play, and even if she’s roaming, she can leap back to her Hunter to help them out.

Bacchus: With one small change, Bacchus was made into the best support in the game, bar none. Before, his 1 (Chug) required a point to use it. It’s tied to his passive, which gives him buffs the more intoxicated he is. Now he can utilize this skill without putting a point in it, so you no longer have to sacrifice your early game pressure by putting a point into Chug, nor do you sacrifice potential defenses. He can leap and knock people up, stun them, and he has an AOE intoxicate. Not only does it do damage, Intoxicate for 6s, forcing gods to wobble when they move, it also increases his damage! Bacchus has damage without really building for it, but you’ll find that many of his best defensive options also have damage (Void Stone as an example). That one tiny change made Bacchus into a force to be reckoned with. His leap has so many uses! It can be used as an initiation, to set up kills for certain assassins (like Awilix), it’s also an escape! Bacchus is too good – learn him, learn him immediately.

Geb: Geb is hands-down, without a doubt, 100% the most boring god I have ever played in SMITE. His kit is fantastic, but he’s just boring! With that in mind, he’s also an insanely powerful support. He only takes +25% of damage on crits instead of 100% extra damage, and that’s the tip of the iceberg. His ultimate is an aoe that deals damage based on the enemy gods current health, and it’s a stun. His first ability (Roll Out) gains strength and speed as he rolls about, and eventually makes him CC immune. When he reaches that point, Geb also knocks enemy gods back when he hits them, creating terrific opportunities by knocking the enemy Hunter under your tower. Pair this with Artemis for hilarious moments if you can time her trap under the tower, keeping the target there. He has a super-powerful Shield on his 3 (Stone Shield), and his 3 (Shock Wave) is a tiny knock-up which also causes damage. It really puts aggressive teams in their place – plus he’s got a large model and is great at body-blocking. I may not like Geb, but I respect what he brings to the table.

Khepri: That’s right, it’s the best Bug Dad! Why is the Dawn Bringer my spicy pick? I seldom see him get used, and for the life of me, I just don’t understand why. Sure, he has almost nothing in terms of damage, but he can drag a target wherever you need them to be, he has a nice, wide root, and best of all, he can save a teammate’s life in a pinch. Scarab’s Blessing (his Ultimate) will bring a player back to life if they take mortal damage while it’s applied to them. It gives them back a portion of their Maximum Health and it pulls them to safety, wherever Khepri is. His damage is mediocre at best with Rising Sun (2), but targets hit by it also lose defenses, making it a very fun choice. It was hard to pick between him and Ganesha, who is also one of my favorite picks, but the overall winner had to be Bug Daddy Khepri.

Off-Meta Pick in the Duo Lane:

This one was a hard choice for me. I’ve seen so many weird picks, that it was hard to really single one out. You’re going to see a lot of assassins and warriors in the duo lane right now. At least I certainly have. Fenrir, Hercules, Guan Yu, Bakasura, you name it. But I’m going to go with one that’s in particular always going to be good, and be annoying.

Ne Zha: Ne Zha?! Yes. The Third Lotus Prince has everything he needs to be a threat in the duo lane. Ne Zha is mobile and fast, has an incredibly long-range poke with the Universe Ring Toss (1) that he can still tag you with if you’re hiding with the minions (that makes it easier, really). But what really makes Ne Zha a smart pick in the duo lane is Armillary Sash+Wind Fire Wheels. Not so much for the damage, because they tend to build him tankier there. Landing Armillary Sash pulls Ne Zha to his target and stuns them. Then he bops them with Wind Fire Wheels, to knock them into the sky for his little mini-game. For 4 seconds, that person is not in the team fight, leaving the Hunter/whomever alone to fight by themselves. This is when the assassin shows up and they 2v1 and get a free kill. The Guardian drops, they beat him up next, and free gold for your team! You can also toss in a quick damage/crit item to give him just that little bit of an edge in team fights, but having him as a Support means you can have a super-fun Guardian in the jungle. Jormugandr perhaps? There are plenty of guardian junglers.