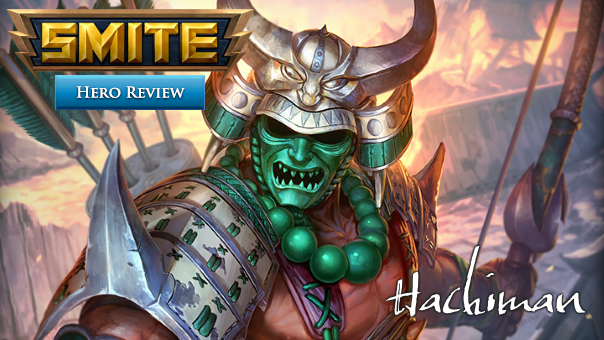 War is inevitable. In all cultures, across all peoples, War is a facet of life. In fact, you could say that War never changes. But War does not have to be ruthless or merciless. You can still be a warrior, a man of honor, and do battle against your foes. To be strong but not merciless, to do battle and be victorious, but to not be cruel to those defeated. It’s not just attaining victory, but how one attains victory. Claiming victory in battle without losing humanity is what Hachiman teaches. Pregnant with her unborn son Hachiman, the Empress Jingu led a fierce campaign against the forces that slew her husband. Fearing her child’s birth would slow the army’s advance, she tied bandages about her belly and held him within for 3 years, until the war was done. Each day, she prayed she would not lose the child, that he would be born strong. That he would be a God. As 8 banners descended from heaven, heralding his birth, her prayers were answered. The humanity of Hachiman draws people to his banner to worship. He does battle without losing this trait; if he were to forsake this trait, he’d merely be a monster, instead of a monster in battle. He is the Lord of the Eight Banners, and he will lend his strength in battle. Those who stand betwixt his banners will know only victory.

The first thing I read for SMITE was “Hachiman is a poor man’s Rama,” which is probably the most ludicrous thing I’ve read recently.  Is Rama an amazing Hunter? Without question. His ultimate is incredibly safe (until he hits the ground), his shot goes through targets, he has a cool roll and a great steroid. All in all, Rama’s the total package like Lex Luger. That’s where he and Hachiman differ though. Everything Rama does is for Rama; everything Hachiman does is for his team. Hachiman is glorious, however. Sure, Hachiman’s 1 only hits the first target. That’s fine. But it’s still incredible even at point-blank (Hell, it’s better there. More damage.) But his Steroid? He gets it by default just by dropping the flag. But anyone standing on that point gets it too, and if he stands on it? Double buff! Plus, his Steroid can (and has for me) killed people! It’s also incredibly easy to deny Rama his dumb arrows in this particular meta. I can see picking Hachiman (or 8man, if you prefer) over Rama in quite a few instances. His waveclear is not the best, but with a good support, they’ll get you started, so you can have the Attack Speed/items to easily clear. You aren’t ready for the God of War, Rama.

Passive: Master of Arms (Buff): Hachiman grows stronger each time he lands a blow. Hitting enemies with Basic Attacks grants him a stack of MP5. Stacks 5 times, lasting for 8 seconds (MP5: 2+.3 per level).

1: Eagle Eye (Buff): Activating this ability will change his Basic Attack. Now a series of arrows (3/3/3/4 by rank) will do additional damage at a greater range (80 units) but falls off at a greater distance beyond 55 units. Do note that once you toggle it on, it cannot be turned off. If you deactivate it, it puts the ability immediately on cooldown. Each of these hits may trigger item effects for basic attacks and can crit.
Within 55 Units: 10/15/20/20/25
Beyond 55 Units: 0/5/10/10/15

3: Iaijutsu (Dash/CC): This is a two-pronged attack. Hachiman dashes forward, passing through enemies and damaging them (40/70/100/130/160 (+40% of your physical power per hit) and at the end of the dash, he does a circular strike, hitting again. If he manages to land both attacks, enemy Gods are stunned (1 second). He cannot adjust the distance of the dash, it goes the full line (35 units).

4: Mounted Archery (Damage/Charge): Hachiman leaps onto his horse and charges forward. While he is mounted, he’s immune to all Crowd Control effects and can aim separately from whatever direction he’s riding. He can fire an arrow into a cone that will damage every enemy God within it (225/285/335/390/445 (+95% of your physical power) which also applies a slow (25/30/35/40/45%)

Hachiman is very much “easy to play, hard to master.” If you think you’ll just walk into a match, knowing his kit and nothing else, thinking that you’ll dominate, you will probably be sorely disappointed. His kit is very aggressive, and it’s all about when it’s time to do what. There are times I’ll drop my banner far away from me and my team because I know it’ll do just enough damage to kill someone. Since it’s an AOE, I have to aim far less than I would if I had popped my 1. Also, I highly advise against using your 1 on waves, because it only hits the first minion. The best way to use it instead is to clear the wave, then use it to poke the other Hunter or anyone who comes to the lane. Hachiman does have a very poor wave clear starting out, because of his 1’s ability. He can use his 2 and 3 to get to a wave and blow it away admittedly, but that’s popping two powers just to clear a wave in a lane that’s about pushing and dueling. This is why I like Odysseus’ Bow here, for the additional wave clear. I sincerely feel like teams that have communication and are built for Attack Speed pushing/objectives will do much better with Hachiman on board. He’s not for every comp, that’s for sure.

A lot of people have said he’s like a budget Rama, but to me, he’s more like Apollo. He’s all about the risky plays and the big rewards at the end when they succeed. They both have a pretty bold stun, aren’t the best on wave clearing, but are also incredibly fun. Hachiman’s crazy fun to play, and he’s at his best when his team is working with him to push towers/Giants/Harpies, and at his worst against burst comps. Anyone in lane who excels at punishing/bursting someone down is going to be a nightmare for him. Duo-lane Chronos, Sol, Gods like that are going to bully him anytime he goes in. Now they know against Hachiman that they don’t have to poke so aggressively. They just have to wait on him to go in and make him regret it. However, two things I definitely like is the ability to poke from safety and the constant influx of MP. I’d almost not bother with Blue Pots, because why? Save that for a ward or a health pot. You also have a solid escape in the 3, even though it’s way more fun to use as a dash-in/initiate.

Okay, so I’ve had a really hard time building Hachiman, mostly because I’m lousy at Hunters just in general. The only ones I’ve had any success on are Rama (funny enough), Artemis, and Skadi. I have come across some ideas I like. For example, if you’re like me and not likely to get fed in the Hunter Role, but still want to help your team, you can go with Defensive Options like Shogun’s Kusari. This is probably my go-to for Magic Resistance. It adds even more MP5 and an AS aura for your friends, so even if the 2 isn’t active or they aren’t in range, they’re still covered. I’ve seen a few builds that worked really well and a few that really didn’t. One of the more damage-heavy builds I’ve seen had surprisingly little Attack Speed. They didn’t hit often, but most of their hits were crits for piles of damage (~800 a shot). Even worse on their 1. This crit-heavy build that I enjoyed had a minor amount of attack speed.

This brought the hurt in more ways than one. Another idea I’ve had is the notion of using Bluestone on him. Bluestone Pendant synergizes well with his 1, and I think he’s one of the Hunters that would get the most use out of it. He’d also do well with Death’s Toll I think. I’ve heard of folks saying he’d be fun in the jungle, and I’m inclined to agree with the early/mid game AOE damage he has, he’d probably clear camps fairly efficiently, and his ult would make a hilarious ganking tool/counter ganking tool. But the most balanced/strong build I’ve seen/utilized had a balance of Damage/Crit/AS. I’d also like to point out that starting Warrior Tabi is fine, but I’ve seen people swap for Ninja Tabi late game to maximize dps.

I also want to consider something that might be fun for me in Conquest. I seldom Hunt there, but you never know. There are lots of really great builds and ideas I’ve thrown around. But I’d start with Bluestone/Bumba’s, build into Ninja/Warrior’s as applicable, then start farming up Devourer’s Gauntlet. Executioner, Poisoned Star, Deathbringer, then Wind Demon/Malice/Titan’s, depending on what you need. This is the most common build I’ve seen/used, and it brings a nice balance to the table. As far as Relics go, I really like Beads, Aegis, Speed Boots, and that’s about it. Maybe Bracers of Undoing. Am I the only person who still likes those?

I genuinely enjoy playing Hachiman. He’s fun in Arena, he’s going to bring something fun to Conquest too. His ult is great for those nice, tight lanes where there’s no escape from him. And sure, he’s listed as “easy”. I don’t think he’s all that hard to play. But to really get the most out of him requires teamwork, communication, timing, and dedication to his very all-in style of offense. Knowing when to go in with your 3 and 2 combo, and knowing when to hold it to get away is all too important. You must know which lane is safe and which one probably is not. War may never change, but will change is how you approach war. He’s similar to Rama, but not “better” or “worse”. He has a different approach to the battlefield, and it’s all about how you prefer to play. I don’t know that he’s pick or ban tier just yet, but I think he could really cause some frustration with his playmaking potential.  I also want to see him paired with a very CC heavy support. Some kind of monster to prepare kills on a plate for him. Ideal Supports: Artio, Terra, Ymir, Athena, Geb, Khepri. I want to see him in SPL matches though. I cannot wait to see someone get away with 5% health, only to get busted in the side by Hachiman’s drive-by. It’s going to be glorious.