The Japanese Pantheon isn’t really much of a “Pantheon” yet in SMITE, but Hirez is stepping it up by giving us another iconic Japanese deity to play as. Raijin is here to bring the thunder! He’s physically built like a brick house, taking on the form of a massive Oni, with his little lightning fox, and four Taiko drums. His drumsticks could easily be used to cause someone physical pain but instead, he beats his drums to conjure thunder to blast his foes! I have to say, though Amaterasu is the most iconic Japanese Goddess, the brothers Raijin and Fujin are two of my favorites [and I hope Fujin comes before too long!] He’s a far step away from the Mirror-Bearer, and his iconic drum set lets him both play Expert in Rock Band and clear entire minion waves with the greatest of ease. 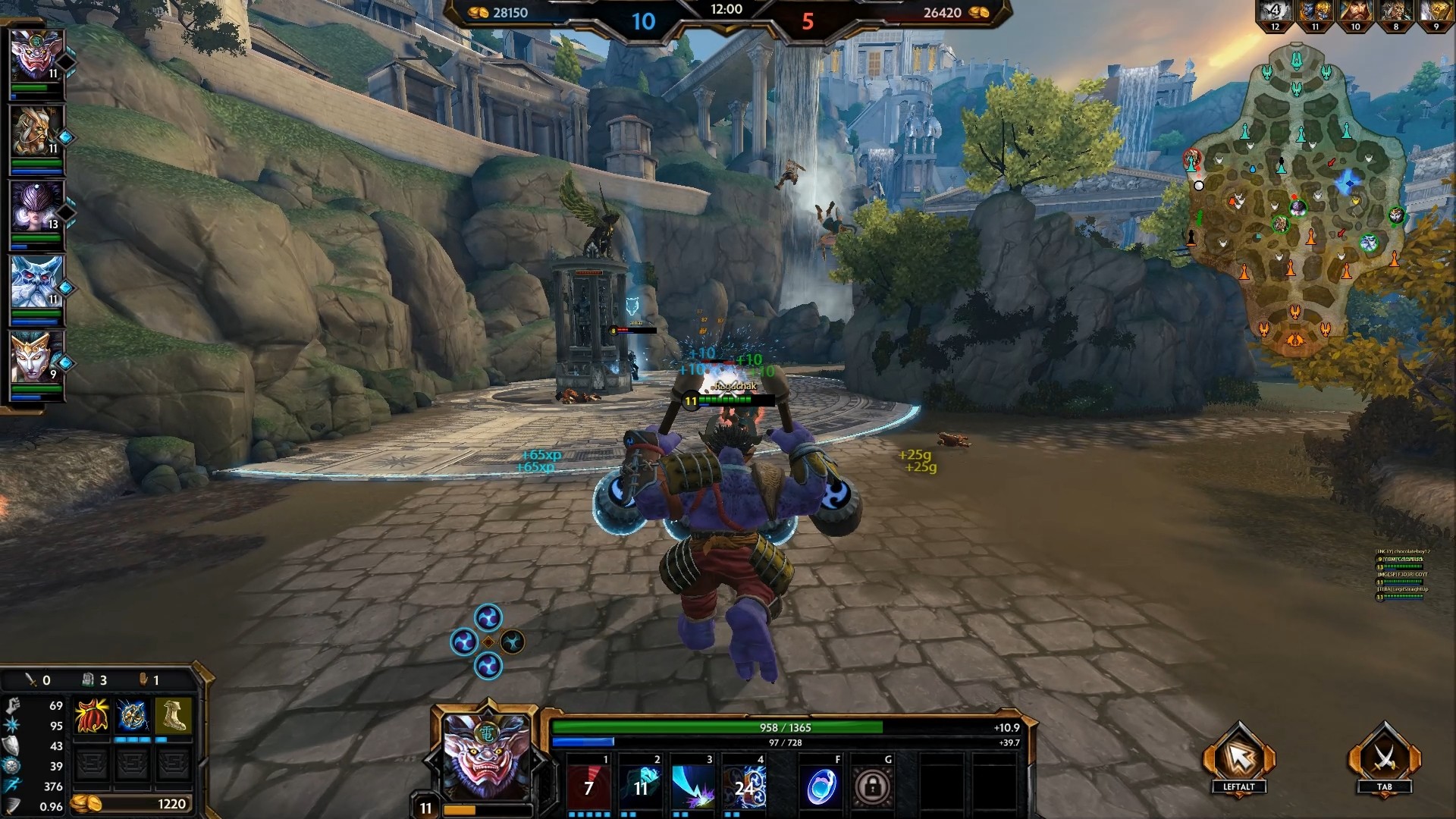 When laning as Raijin, aggression will backfire on you more often than not. Play safe and force them to play a fool to your beat.

Raijin is not hard to play. Pushing any random combinations of buttons while in range will blast your foes with constant ranged harassment. But playing him well enough to set up consistent kills for your team takes a bit more method and less madness. Anyone can bang on their drums, but not anyone can master Y-Y-Zed by Rush. Raijin is listed as “Average” difficulty and I think that’s reasonable. He really shines in a solo lane, with his ridiculous wave-clearing capability, and with his passive ability empowering that he can charge while walking to lane, he can duel with the best of mages. Downside? Other than his “3” he’s not terribly mobile, so more mobile casters will probably chew him up if he gets too aggressive. I had a hard time dealing with aggressive melee in the solo lane [Vamana could go in and fight me when I’m the least prepared], but against casters I had much better luck. In a line, Raijin wins fights he picks.

His passive, Static Crescendo, is one of my favorite caster passives. Each time he uses an ability or performs an autoattack, he gains a static charge for his drums. That drum will glow as will the icon on the screen. When you gain four, the next Ability cast does 30% bonus damage of your magic damage. Building him Glass Cannon can net some huge rewards in your damage, especially on his ultimate. Abilities that do multiple hits grab multiple charges. So you can use an AA then pop his next ability to make that last hit really shine. Next up is Percussive Storm. It’s a line ability that blasts a peal of thunder, then another, then two blasts at once. It deals damage to everything it hits, but it stops on the first enemy god it impacts. Again, great wave clear. 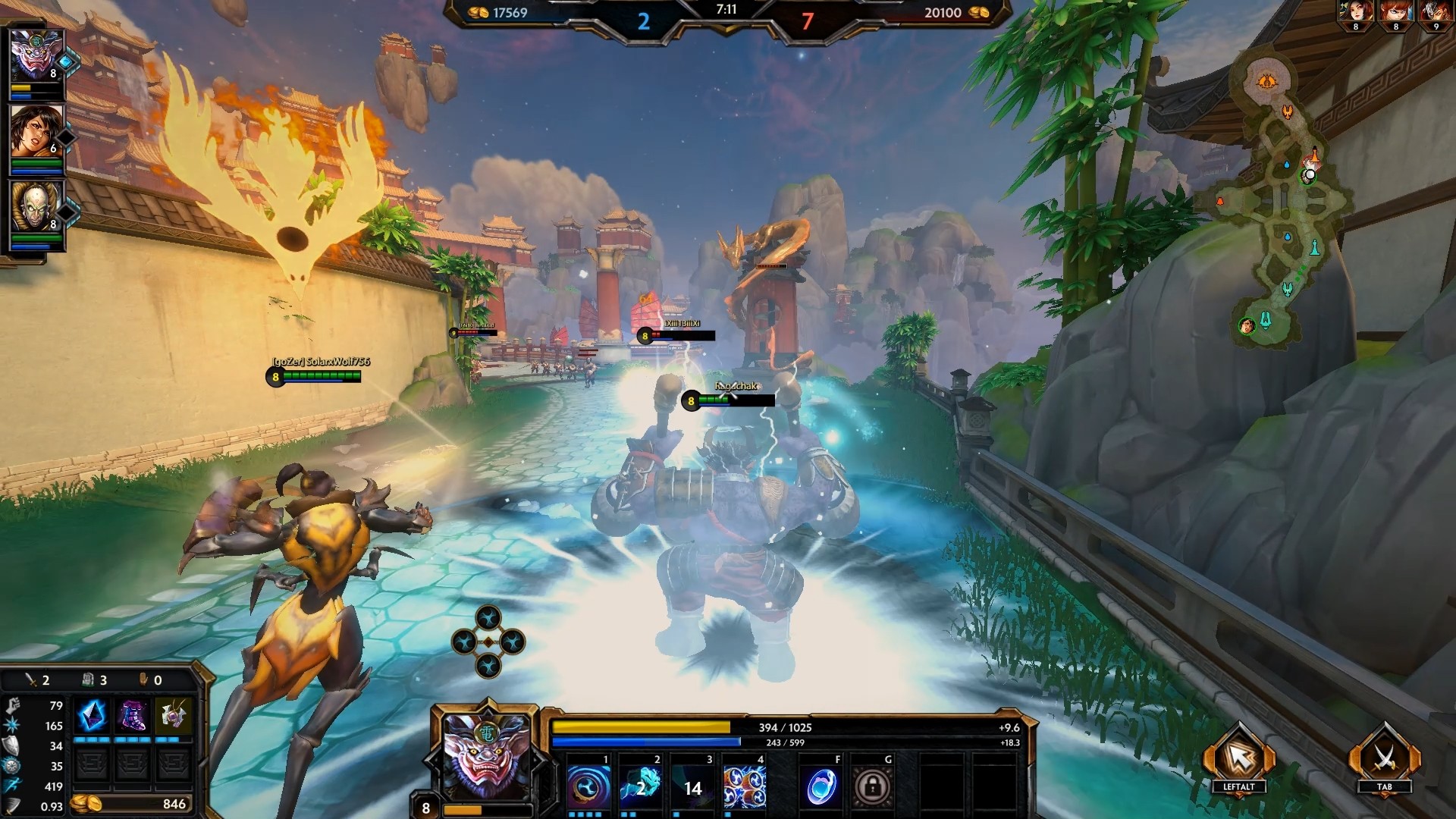 Raiju Thunder Crash can instantly end a team fight in your favor. Or serve yourself up as an easy kill if your timing is off.

Raijin has a buddy, Raiju [a lightning fox] that floats around with him. Using his “2” he can send his little buddy out to hide in the navel of a minion or a player. The next time Raijin damages that target, Raiju explodes out! He then hits the closest five targets, dealing a nice chunk of damage to whatever is around them. Now this puts a giant fox flag above the infected target that will warn your enemy to get out of there. The Raijin player has one of two choices. To autoattack/ability Raiju from afar to hope for some harass damage, or to go ham! If your team is with you and you’re well prepared, you can rapid cast 2 into his 3, Thunder Crash. It can be used as a dive or an escape. When he activates it, he mesmerizes everyone around with a bolt of thunder, then leaps off screen [with a sound effect suspiciously like Raiden from Mortal Kombat 2…] before he dive bombs his targeted area, doing damage again. If you time it right, you can immediately blow up their team with the Raiju activation.

But his big damage is when he becomes the Taiko Drum Lord! Raijin “flies” over the battlefield [he jumps a little, but don’t be fooled. He’s still vulnerable on his cloud]. He swings his drumsticks four times, and your abilities now do new things. He does damage [100%] with the first, then he deals 50% and a Taunt, and lastly 50% and a Fear. This is controllable so you can mix up your three hits to maximize confusion and damage on your hapless foes. You can really wreck a team fight with this, or dominate a lane duel. They can’t duel you if they’re Feared, or will have to burn beads to avoid your intense 100% damage hit! 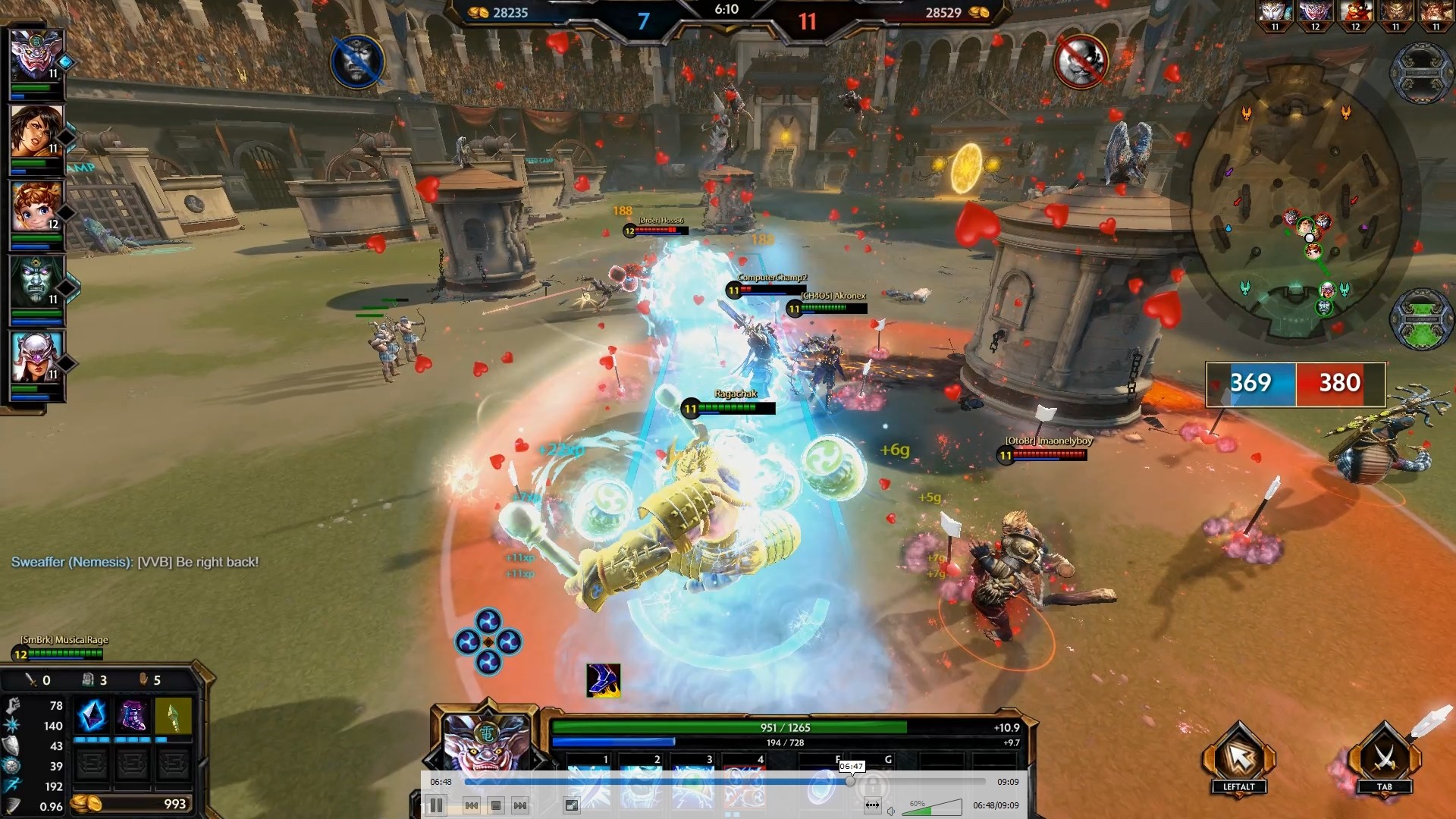 Raijin is a rare mage that can capably initiate a team fight. Use your ult drums wisely.

As far as build goes, I follow a lot of what is given on the suggested items. However, my favorite item on him is the new “Spear of Desolation.” +120 Magical Power, +20 Magic Pen, and killing enemy Gods lowers my cooldowns? How can you not want this? The better I do, the better it helps me be amazing, and that’s fantastic. I tend to play him as a glass cannon, but you could, I suppose, build a few tank items to go with his 3, which is still a dive. Given the state of the meta though, unless you’re a full tank, chances are your defense is just going to get shredded anyway. His kit feels built around capitalizing on the harsher CC this season, so coordinating with teammates for lock downs is key. Actives/Relics are all new now, but I tend to go with Cleansing and Flash to blink into a position. Sometimes Invulnerability if I’m in a bad spot. Raijin is hilariously fun in the Arena, but I honestly think he is best served on a map with a narrow lane where people have nowhere to hide from the Thunder. Raijin is incredibly strong; not super mobile, but one on one, he can really make someone regret their decision to lane against him. His early game is awkward as all hell, but if you bang your drums respectively and bide your time, you can terrorize all late game.