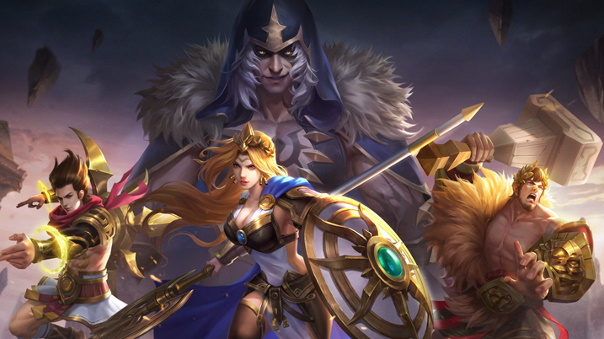 The latest title from Hi-Rez Studios, SMITE Blitz Soft Launches today in certain locations, starting today. Players in the US, UK, Canada, Norway, Finland, Denmark, Sweden, and The Netherlands can tackle this alternate SMITE universe. SMITE Blitz is a mythology-themed ARPG, bringing a wealth of story, challenge, and PVP content to mobile devices. It will launch with 60 Gods to collect from a multitude of pantheons, with more to come in the future. SMITE Blitz will have players forming squads of gods to form the ultimate team. With simple gameplay, there will be deep content to explore, and a new visual style from what SMITE fans may be familiar with.

Previously accessible in the Technical Alpha phase, players worked to unlock in-game rewards by registering their interest in the title. Logan Cooper, Associate Producer for SMITE Blitz had this to say: “We’ve loved seeing people prepare for SMITE Blitz by pre-registering and working together to unlock in-game rewards,” he continued to say, “As we go into soft launch, and prepare to bring other regions into the game in the near future, these milestones will continue to work towards the full launch of the game.”