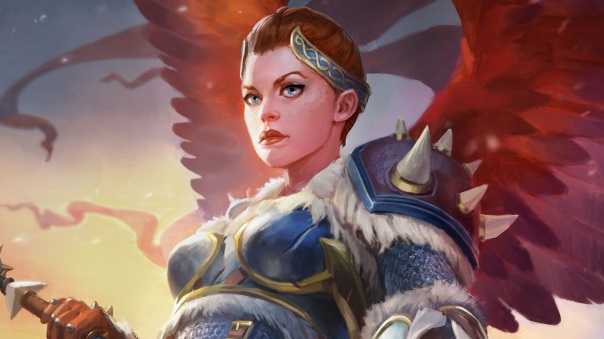 Woo. Patch 4.18 of SMITE is a pretty big one if you ask me. I’ll try not to miss anything important, but do bear with me. The only thing I’ll probably gloss over is the Bug Fixes because they were mostly for casters who had a larger hitbox for their Basic Attacks was larger than intended. Bunches of those going ’round. Yeah, that’s not really relevant or pertinent to me, but you can find the complete details in the link below! But yes, we’re getting deeper into The Odyssey territory, and we’re a patch removed from Hachiman, who is wonderful. He didn’t get buffed or nerfed in his first patch, so either people aren’t playing him as much, or he’s fairly balanced. His pure damage builds are insane, but some items/Gods did take a few hits. Some got buffed that probably deserved it. Was it enough? We’ll have to wait and see! The first thing we have are the skins. There are four skins in this patch, three being Odyssey skins. Get used to that over the next couple of months. This week, we’re covering Skins, Project Olympus, Item/God Balance. So let’s get started! 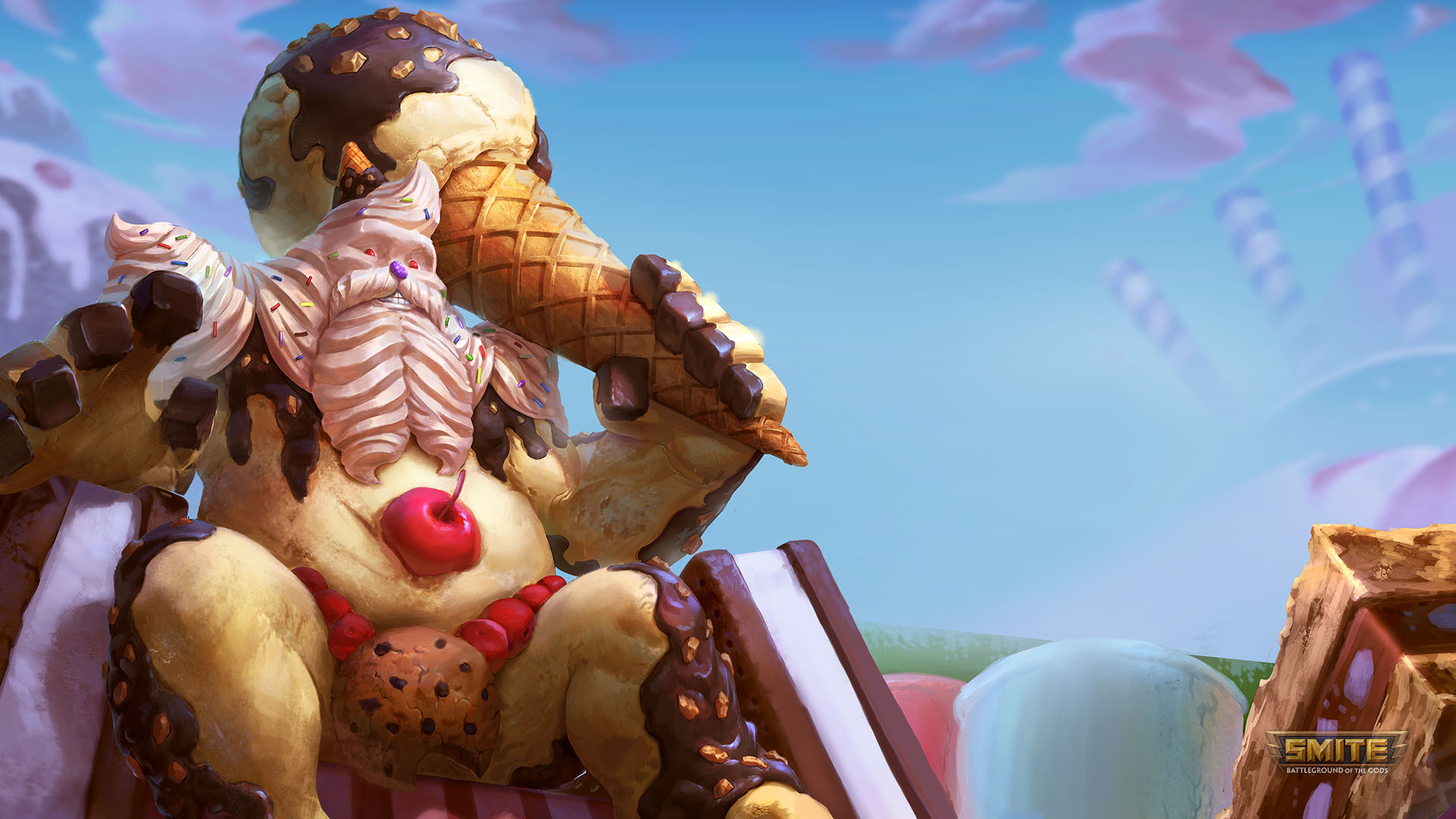 Unlike McDonalds, this Ice Cream is always available.

Project Olympus isn’t done quite yet! There are a few minor changes coming in this next patch, mostly for Spectators and Visual Effects. Spectator Mode is seeing a minor adjustment to improve visibility for not just the SPL, but for Spectator Mode just in general. Health Bars in general during Spectator were kind of dark, making the lines to show 100s of health/how much health was missing were hard to see, especially in compressed video settings. They were changed to be lighter and shifted them to colorblind friendly colors. They’ll be similar to the minimaps Tower/Phoenix/etc colors for ease of viewing. This won’t help people playing the game, but it will help people viewing with a variety of internet connections. As someone who watches the SPL frequently while doing multiple tasks, it’ll be nice to view these things a bit easier. However, there is something that is changing that I’m pretty damn excited for.  Server roll-ups are gone on all regions. The way it roughly worked, was that every half hour if not enough people in a region were queueing for matches, it would roll them up, placing them on a different regions’ servers. While this made queue times faster for them, they had very high latency and it could harm the games of other players who had to work with them. It caused a lot of hurt feelings, and I’ve seen more racist epithets than I ever did in League of Legends (which frankly, blows my mind).  But now multiqueue is in and players can queue for a variety of modes of once, and when one pops they’ll enter that one. This is definitely a positive change for the game as a whole. It won’t change toxic people, but it might slow them down just a bit. The final Project Olympus change is a minor one. Players can randomize their customizable loadout (except Loading Frames/Avatar). But Loading Screens, Pedestals, Jump Stamps, Global Emotes, Recall Skins, Announce/Music packs, HUD themes, Fountain Skins, and Level Up skins. These can be randomized, and while it’s not useful, it does promise to be fun!

There were only a few adjustments to items this patch, which were pretty nice. The biggest one to me was the adjustment to the Chronos Pendant. It became very powerful in Season 4 (which in my estimation, it was already pretty great) but it also gained a higher purchase price in 2900 gold. This made the item sort of hard to build unless you were steamrolling another team and/or farming very well. It made the maximum gold needed for a full mage build go up a lot more than it probably needed to be, and let’s be frank: Mage Items are incredibly expensive. This will make mage building a little more lenient, reducing it to 2750. It’s not a huge cut in cost, but it’s probably just about enough. The next big one is the Witchblade, which lost its 15% Lifesteal. Lifesteal is incredibly important, and that’s a pretty big chunk of health back. Instead, it now has 10% cooldown, and Gods who are going to pick it will still want it despite it not having Lifesteal I think. Ancille was far too mixed in its stats and purpose to be a real anti-mage item. Now it has increased Physical Power (Up to 40 from 25) and lost 10 Magical Protection (down to 50 from 60). This will make Ancille an aggressive pick, to go in and fight instead of trying to hang back and just get a neat pick. This will help get far more out of the passive of the item and be a better item in the long run. The last real item change was Atalanta’s Bow, receiving 5% more Attack Speed to make it attractive to Hunters. It was designed to give Hunters a bit more Movement Speed, so now maybe we’ll see it in builds instead of being largely ignored. 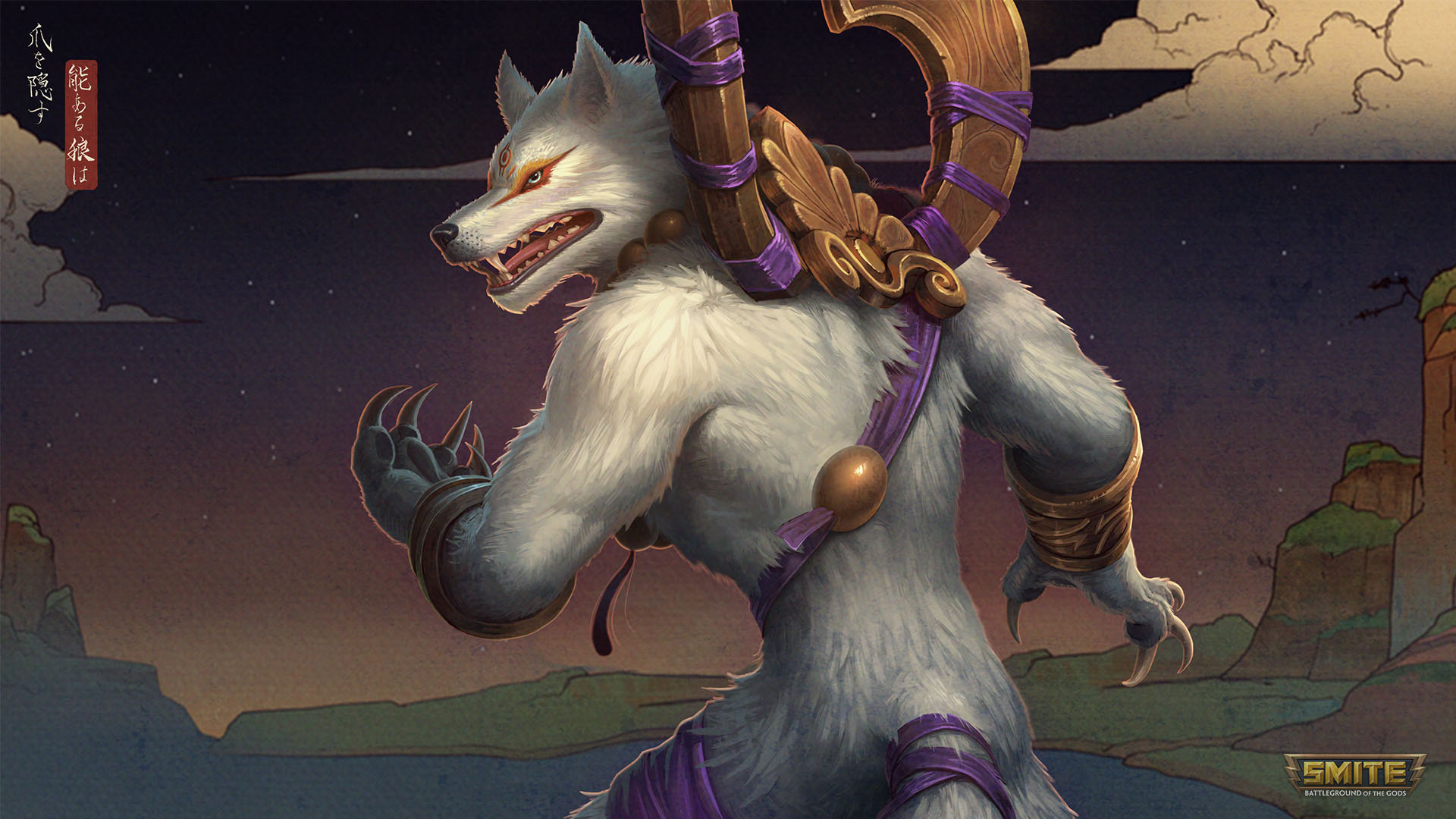 Inugami Fenrir? More like Inagodivida...nevermind. This one doesn't work.

So, there were a lot of God changes this patch. No, Ratatoskr still doesn’t have boots (thank God for that), but the absolute biggest of these has to be Artio. I’m not even sure what to say about it, from a personal point of view, but I did point out that it was likely going to happen sooner or later. She was, for lack of better term, way too goddamn powerful. But since I don’t feel eloquent enough to share how I feel, please click this link to see the brief video SuperTeeds put together to explain how she feels. It’s delightful and it’s important.  The biggest things that changed were her Decompose (losing 1% of Decrease Protection debuff, down to 2%), and Life Tap (Heavy Charge), gaining 2 seconds onto its cooldown. This won’t make her unplayable, but it will slow down her ability to completely change games all by herself. Of course, Twitch Chat blew up, saying RIP Artio, but I don’t really agree. Camazotz is the next on the chopping block. He’s been far, far too powerful for too long. Screech took a decreased Physical Power Buff (down 10 in all ranks), Vampire Bats saw a decrease in Initial Damage (70/120/170/220/270 to 70/110/150/190/230) These decreases will lower his overall kit. With this, he won’t be able to just use two dive bombs to kill someone and use the third to escape. This damage won’t make him unplayable (again), but will give others a chance to respond, and not instantly explode. Kuzenbo got some buffs! One of the problems with Kuzenbo is once he’s hit all his buttons, he brings nothing to the fight. He’s a utility tank but with his cooldowns, making him less utility-based. So Watery Grave was lowered to 75s from 100s, giving players the chance to use it with more frequency. And Sumo Slam is 12s at all ranks now, down from 16/15/14/13/12. Now he can use his key powers with more frequency, allowing him a bit more presence in a fight. Ratatoskr has rejoined the meta this update! Flurry receiving increased Power Scaling up 5% per tick (up to 25%) and his Protection Shred went up from 2/2/3/3/4 per tick to 2/3/4/5/6 per tick. Will this make him pick-or-ban tier? Nah. But it should bring him back to the game at large. 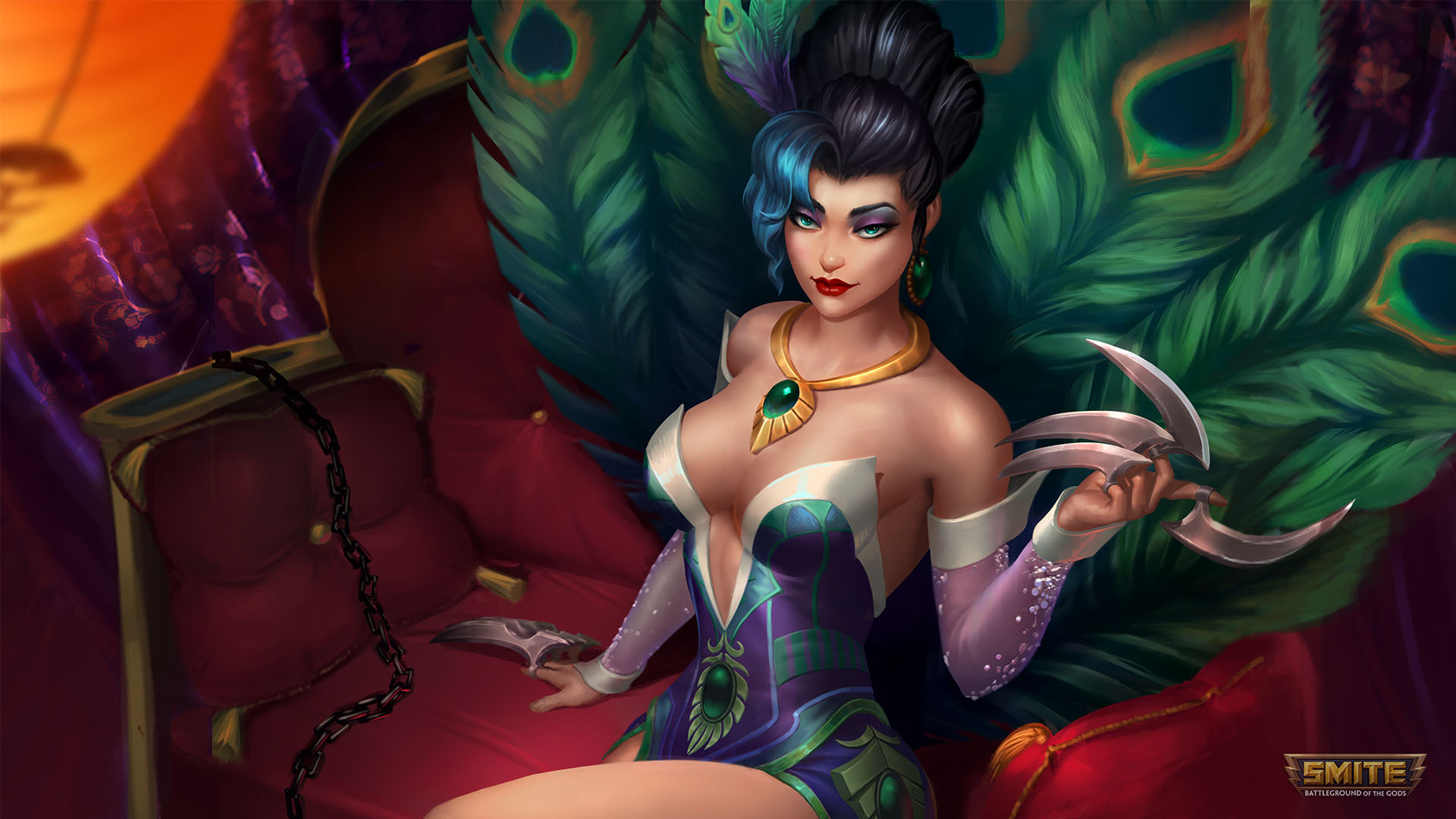 Probably my favorite adjustment this patch went to Skadi. Permafrost’s radius shrank (16/18/20/22/24 to 16/16/18/18/20), making it still an amazing power, but now she can’t just encompass an entire alleyway of the map and ruin someone’s day. She takes some measure of skill with it now. Rune of the Hunt saw a decrease to Kaldr’s dash damage and updated the ability to make that more clear. It’s a pretty big dip in damage too, down 30/20% depending on rank. She had way too much power to completely steamroll, and this will likely put her on par with others. But it’s time for me to be a hypocrite and be upset, because Terra, probably the support I’m strongest with in competitive, took a serious hit. Monolith no longer roots, which I hate. But it makes sense… that doesn’t change me being upset though. Now it Slows enemies that were in the field by 30% for 1.5s. It also gained 2 more hitpoints (up to 5). It’s not a Slow Field. If you weren’t in it, you aren’t slowed. Very easy. I understand agree with the need to not be able to easily root an entire team … but I love Terra. Please reconsider. Thoth saw some minor FX/Visual changes, and Final Judgment won’t obliterate everyoneevery timeme. Its Scaling was decreased down to 100%, and the Charge-Up damage was adjusted (25/50/75/100% of total damage to 40/60/80/100% of total damage). It lost some of its overall damage, but the quick cast will be more reasonable overall, in case you have to fire it off, or accidentally fire it off early, you won’t be so let down. The final change this update went to Tyr, losing mana cost on Fearless (10 to all ranks) and Change Stance shaved a few seconds off overall, 14/13/12/11/10 to 12/12/11/11/10. This will let him do more in battle, and pretty much always have an ability up and ready to go. I already thought Tyr was pretty great, but this will surely make him a threat. I think the thing people aren’t considering is these are tweaks, not major game-breaking changes. If you could only get a kill with someone because they were broken, maybe… play someone else. Or practice.

What do you guys think of these changes? Positive? Negative? Butthurt? Let me know below! And thanks again to SuperTeeds for letting me use her video.