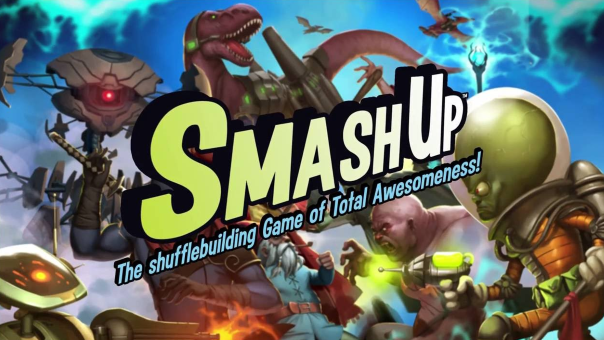 Nomad Games has announced the launch of its first free to play game, Smash Up, on Steam Early Access.

The free to play version of the game will include three factions playable for free – Dinosaurs, Ninjas, and Geeks. An optional starter pack is also available which includes Aliens and Zombies during Early Access, plus Pirates, Robots, Wizards, and Tricksters at launch.

Smash Up is all about the craziness and creativity that comes with all of the many characters it represents. Whether you want to be a zombie, alien, dinosaur, or pretty unicorn, you can go into battle to squash opponents with a laugh (possibly even a maniacal one).  With more factions, new bases, and new features to be added to the game throughout Early Access and beyond launch, Smash Up is a new kind of Shufflebuilding card game that you have to play to believe.