Skara – The Blade Remains in Final Push to Full Release

After only 10 months working with Epic’s Unreal Engine 4, Skara – The Blade Remains, a free-to-play multiplayer online game for PC, is preparing to release on Steam Early Access in July. 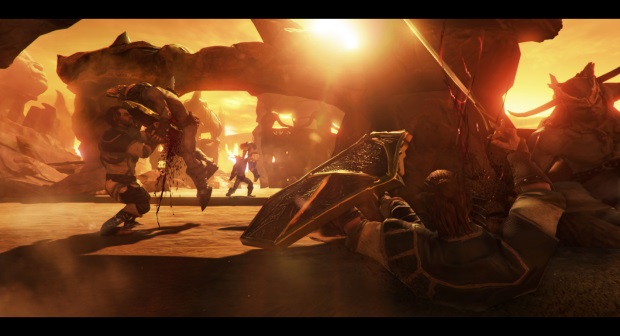 Skara – The Blade Remains will combine elements from multiple genres, including:

Because it incorporates so many features from various genres, Skara – The Blade Remains does not fit in any one single category, so the developer has labelled the title a Multiplayer Online Versus title, or a MOV.

Skara – The Blade Remains can support as small as one versus one duels and up to 16 player battles, in which gamers compete for dominance in a fantasy filled world racked by cosmic disaster.

Players choose any of five classes and can customize their character’s appearance, equipment and fighting style. Gamers also decide with whom they will team and create their own factions inside every class. The teams then fight as one with the goal of dominating arenas, expanding their territories and gaining renown in the world of Skara. The best players will be immortalized as heroes and kings, writing history with their successes and failures.

The question for players is… how long can they stay alive in Skara – The Blade Remains?

The developers of Skara – The Blade Remains do not have modest ambitions. Equipped with an Xbox-One developer kit, the team aims to bring the title to Next-Gen consoles. But to add all the bells and whistles they’d like to offer, the studio is going after fan backing. 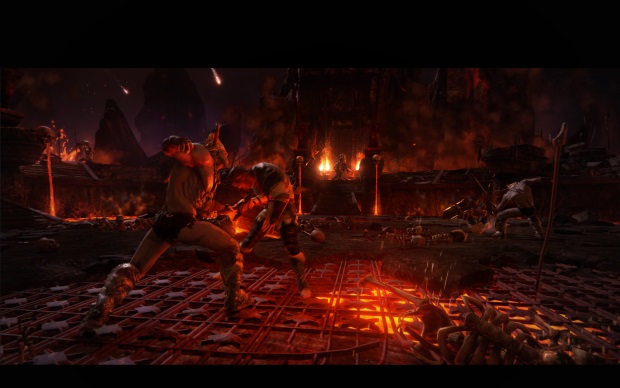 “We already have a game to offer,” says Pablo Rodriguez, CEO and creative director, Skara, “But our vision for Skara – The Blade Remains is so much bigger. That’s why we are doing a Kickstarter that will offer our backers great rewards if they join us for the wild ride that is game development.”

The Kickstarter campaign will last one month, its goal to raise $35,000 USD, to fund the game’s full release later in 2014.

“We could turn to a VC or AAA publisher to get our game released,” says Cesar Ortega, CFO, Skara. “But then we would be forced to have a constant focus on the bottom line instead of what we wanted to do with it. We would much rather turn to the gaming community directly. They know what they want and we hope they will want us.”

Kickstarter backers will be guaranteed beta access immediately at the end of the campaign, as well as numerous other rewards, if the program is successful.