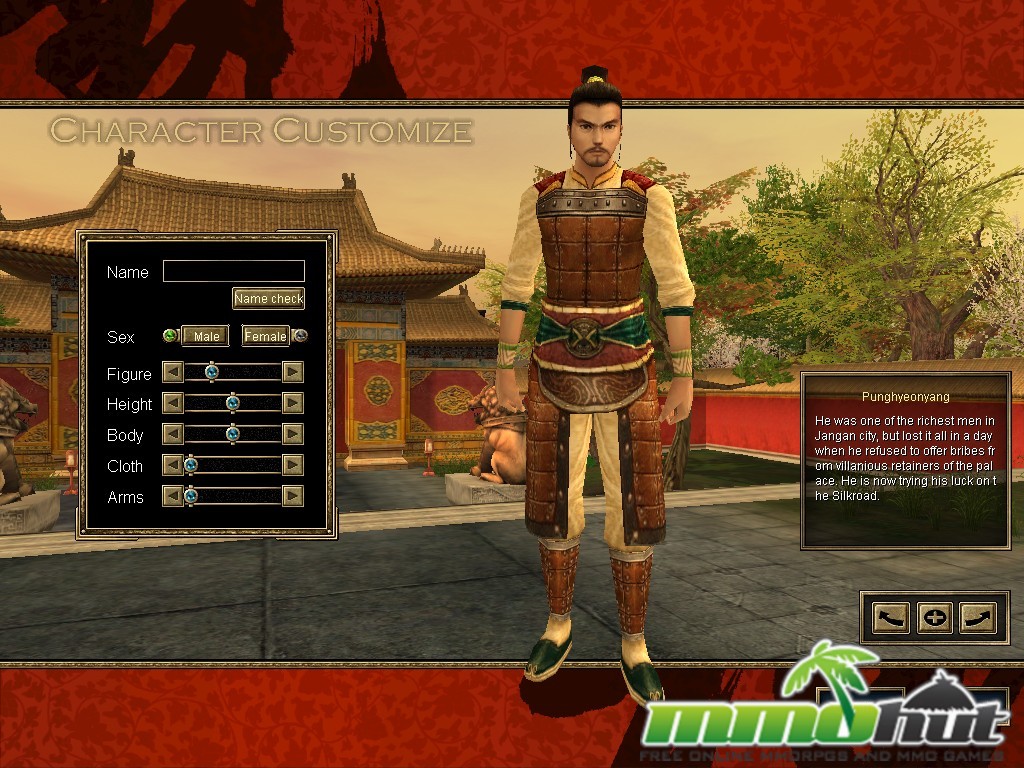 Imagine if the legendary Silk Road caravans had been given an opportunity to update themselves. The ones that fell prey to bandits would have hired more guards, and the successful ones would have found ways to draw more and more profits. Joymax, who also published the original Silkroad Online, did just that with Silkroad-R, updating the game to help refresh, rejuvenate and rebalance the game for a newer audience.

Character creation in Silkroad-R has not changed from its predecessor. Each gender has about a dozen different generic characters to select from, which cannot be customized further. European characters may select their weapon type, which limits their armor choice. Chinese characters freely choose their weapon style and armor type. This is the extent of creation, leading to many characters that look alike in the world.

The early experience of Silkroad-R is unfortunately not any different than Silkroad Online. Very little is offered in the way of a tutorial outside of still-poorly translated quests that only shove you generally in the way you need to go. These quests do reward a decent set of starting equipment, though not all of it is able to be equipped right away.

Silkroad Online benefits from a unique and varied class system. Thankfully, Silkroad-R has kept this intact. Players are free to develop their characters in their own way; for example, you are free to choose warrior abilities even when you’ve chosen a crossbow, a weapon optimized for rogues. Chinese and European characters also develop completely different from each other, which is nice in a two faction game. 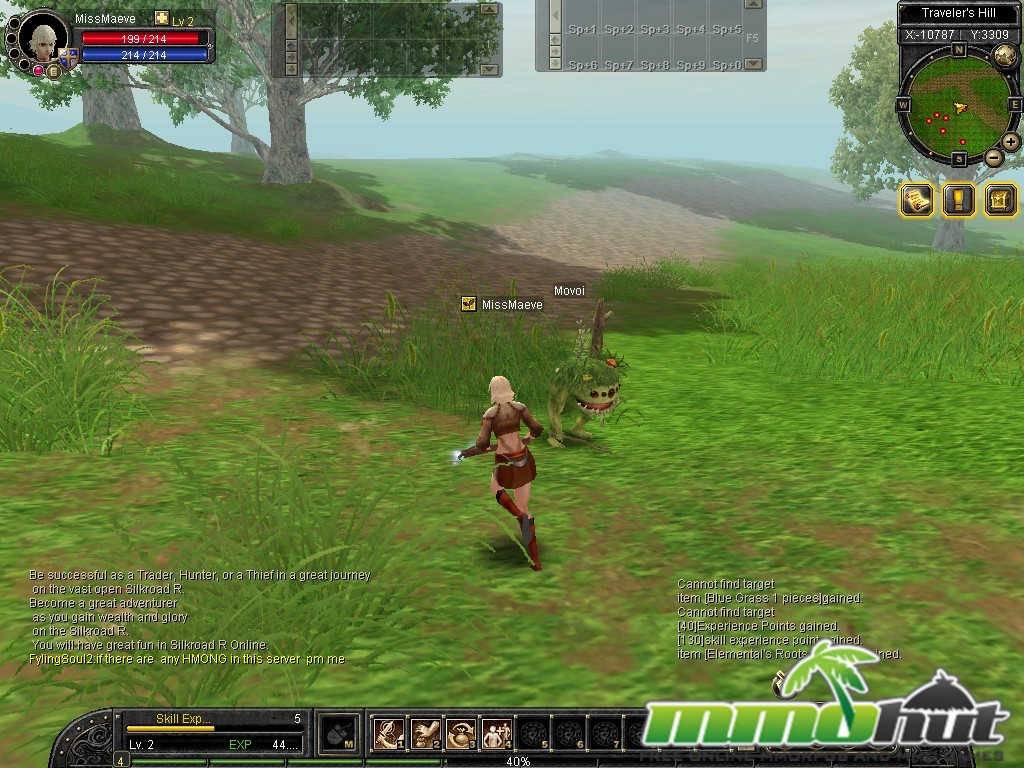 Characters develop in one of two manners: level experience and skill experience. Level experience is earned by completing quests and killing monsters. Leveling up offers players stat points they can distribute however they wish. Each level unlocks additional quests and access to more powerful equipment as well.

Skill experience is only gained by defeating monsters, causing the game to require far more grinding than many modern MMORPGs. However, Silkroad-R has greatly increased the rate of experience over the original, making the process much faster. Skills unlock additional abilities, and certain equipment pieces can only be equipped with a certain level of skill mastery.

The Good, The Bad, and the Rich

Silkroad-R focuses on the Hunter/Thief dynamic from Silkroad Online. Merchant caravans travel regularly from city to city. Hunters are paid to protect these caravans, while thieves go out of their way to loot and plunder. PvP is a major component of the game, and with the changes to skills and experience, more people can experience and enjoy the system.

Aside from the experience changes, Silkroad-R makes significant changes to revitalize the gameplay, even for veterans. Monsters now drop items at a much improved rate, meaning far less grinding for quest item drops. Equipment is also now much easier to obtain up to level 70. Monsters have been redistributed across the world in a logical fashion, making questing and grinding easier to accomplish. 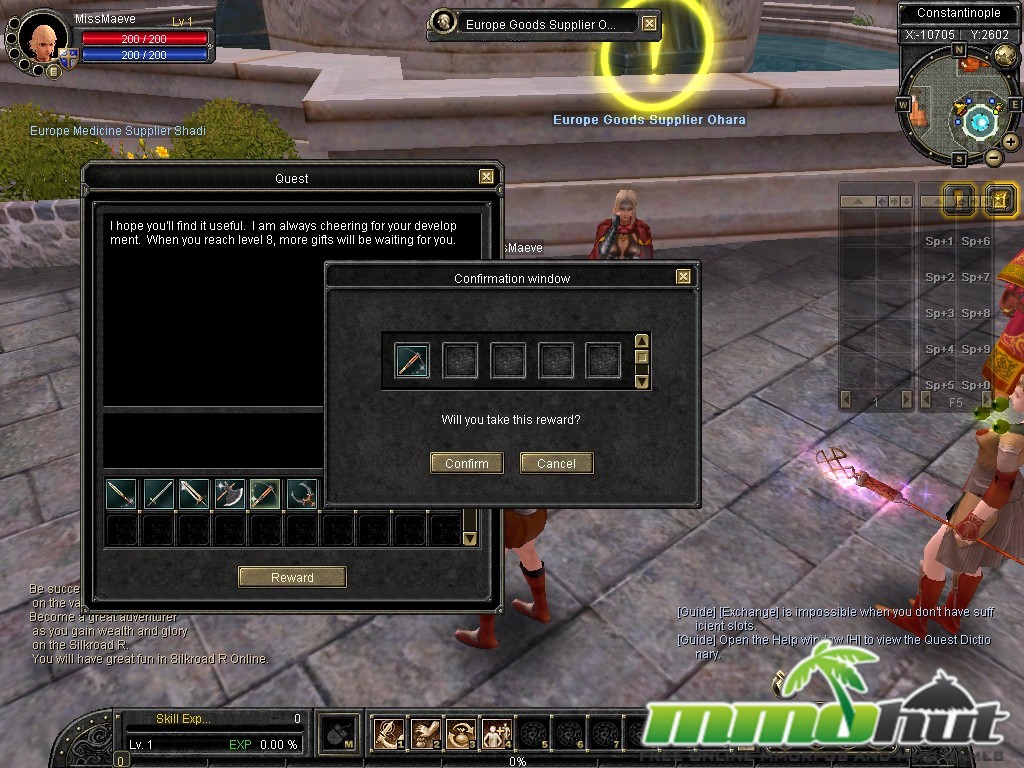 While death still carries a pretty harsh experience penalty in Silkroad-R, there is no gold loss on death before level 70, and the increased experience gains from monster kills helps to alleviate the loss significantly too. Players also gain additional experience in parties versus running solo.

Silkroad-R also brought in significant skill balancing changes for both European and Chinese characters. New skills have been added, and skill masteries have been changed and balanced as well. These changes also helped usher in some nice UI changes. The character screen is more informative and detailed. Item comparison has also been added, making it a simple task to see if a piece of equipment is an upgrade or not.

The Forgotten World also underwent some changes as well, offering an easier time to enter, as well as vastly improving the rewards earned within.

Silkroad-R still feels dated, even with the revamp. Click-to-move is not a viable system anymore, and while players can use the keyboard, the reliance on the arrow keys instead of WASD may put many off. Environments are still bland and generic, except cities, which are as impressive as ever. Still, Silkroad-R does help inject some life into the game with all of its improvements, most notably the increased experience gains. The PvP system also remains as solid as ever, and was a major draw to the original. Players of the original game will find many things to their liking, and new players that can stick with the game may find themselves traveling the Silk Road in search of their own fame and fortunes.