Shroud of the Avatar Prepares for Final Data Wipe 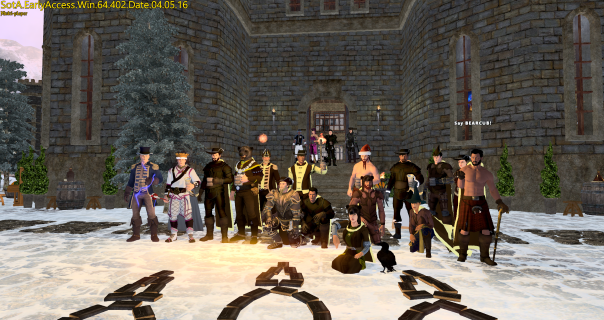 Shroud of the Avatar backers will be able to lay claim to a permanent plot of land in the fantasy MMO and spiritual successor to the Ultima series.

SotA’s developers will take the game servers offline around midnight CDT on Wednesday, July 27, to commence the final player data wipe. The game will return on July 28 at 9:30am CDT.

During this offline period, developers will be expiring homes and basements from pledges and player-owned towns, according to a final player data wipe schedule can be found on the Shroud of the Avatar website. The milestone will be celebrated with a livestream telethon (available on YouTube and Twitch) leading up to the wipe. The telethon begins at 12 noon CDT on July 27 and will last 12 hours leading up to the beginning of the wipe at midnight. There will be prize giveaways (store credits, merchandise, Razer gear, pledges) in addition to telethon funding stretch goals for backers.

When we turn the servers back on July 28, we expect there to be a major land rush. Similar to the Oklahoma land rush of the late 19th century, our players will be able to venture out, plop down their house deeds and claim their property in Shroud of the Avatar for good. This will be the beginning of true persistence in the world.

Expect the best properties such as great vistas and overlooks, strategic locales and waterfront real estate to go first. And expect some maneuvering between now and the end of the data wipe as higher level backers will get the first choices.