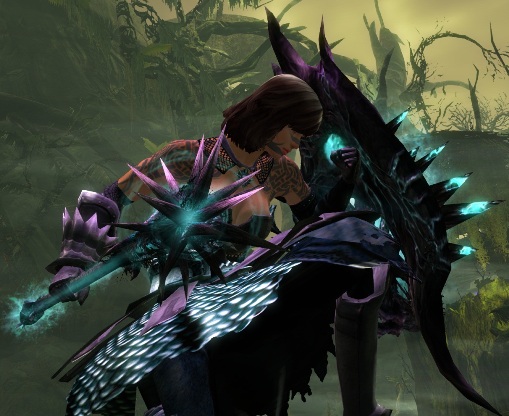 The first of three updates in Guild Wars 2 has gone live today. Twilight Assault introduces a new level 80 dungeon path featuring the villain Scarlet Briar and her pirates the Aetherblades. Players join the Sylvari hero Caithe to take on this challenge. New rewards, new weapons, aether chests, and hairstyles are also being introduced as part of this update.

Crytek has announced they will be hosting a sneak peek at Warface tomorrow. Players will be able to explore new content, play as female soldiers, and play with the new Destruction mode. Registration for the event can be done on the Warface website now. The sneak peek and Pre-Open Beta events will be time gated depending on region.

League of Legends Puts the Spotlight on Garen

A new Champion Spotlight video has been released for Garen, The Might of Demacia. Garen is a melee fighter who takes on his foes with a form of tough, physical DPS. See the video for yourself below. And in case you missed it last week Riot revealed Jinx, the Loose Cannon. She uses a variety of weapons to burn, zap, and explode foes.

New “crash test” alpha footage has been released for Space Engineers, a sandbox space based engineering and construction game. Early access to the game will start on October 23rd only on Steam for $14.99. Until then you can enjoy watching things crash into eachother in the new video.