Ship of Heroes Reveals the Lore of ‘Meltdown’ 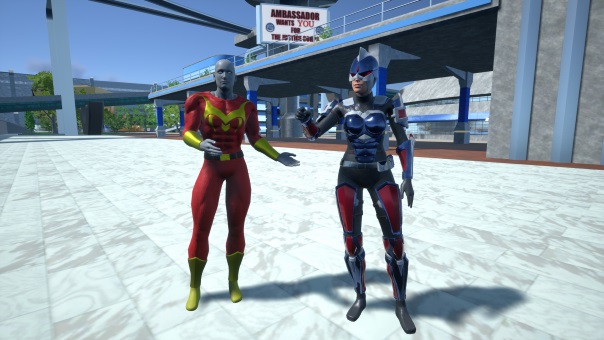 The next Alpha activity in Ship of Heroes is on the way in early August 2018, which will be a login test for their supporters. There are several Alpha tests planned after that, and the first Beta is expected to be appearing at the end of 2018, with a 2019 launch. With that said, another of the major characters lore has been revealed in the form of Half-Human/Half-Vais hero known as Meltdown, from the planet Karschk. Neither of Meltdown’s parents had powers, and Meltdown received his the same way others do, through Unobtanium exposure. Not content to simply run an independent shipping firm (Interstellar Exports), once he found that there were hero ships traveling space, he wanted to join one and fight evil and save worlds. Here is a selection from the Ship of Heroes lore piece:

“Aboard the Justice, Meltdown leveraged his many contacts and his keen eye for deals to turn Interstellar Exports into a vast commercial empire.  While his primary focus was getting rich, he frequently offered philanthropic assistance to the Justice in the form of rare resources, connections, and loans.  Meltdown never shied from a fight, either, and gaining powers from Unobtanium exposure has only encouraged him.  This has made him many friends; Meltdown is almost as popular as Ambassador.  Over the years, he did so much to aid both the ship’s crew and the Justice Corps that Ambassador hired him as Chief Operations Officer of the Corps, joking that he was “just making it official.”

We have a full link to his bio below.