What The Ship of Heroes Team Learned from the Combat Alpha 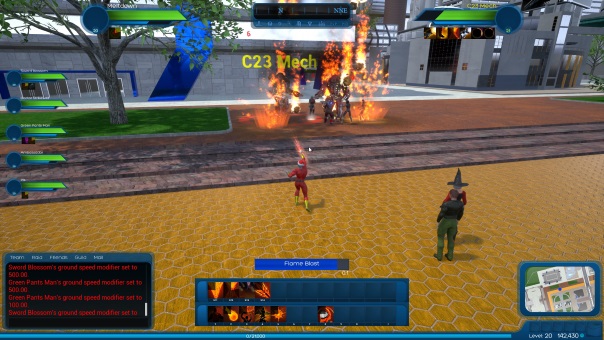 The Ship of Heroes team recently published a newsletter (seen below), offering their key takeaways from the Combat Alpha tests. Not enough development teams actually release the feedback they get, despite soliciting it from their testers and players. The Ship of Heroes team is showing transparency and a commitment to continuous development of their MMO. The closed combat Alpha began in February and is now in the process of wrapping up. Nine major issues have come up, that the team is working on, and hope to have answers or improvements in the future. Of course, one man’s improvement is sometimes another man’s unwanted change, so we’ll have to see how the SoH devs do with their list.  But simply by publishing a real list, and being open about how they are developing Ship of Heroes, this dev team has set a high standard.

By showing video that features non-devs and then making changes based on the feedback provided, the Ship of Heroes team shows their dedication to creating a quality game and seeing how regular players tackle the content instead of just seasoned devs. The devs at Ship of heroes are conducting an ongoing progression of Alphas, preferring to involve small groups of their community at many stages of development, and then openly share the feedback and results.  In 2017 they completed the first Alpha on their character creator, allowing players to work with the Alpha version of their CCT for weeks, and to publish characters (some beautiful, and some kind of monstrous) as a result.  Now they are allowing players to make combat runs and give feedback on the powers, enemies, movement and other elements of the current version of the game.  Next up, the dev team wants to enable players to test some kind of raid situation, a rare occurrence in the Alpha phase.