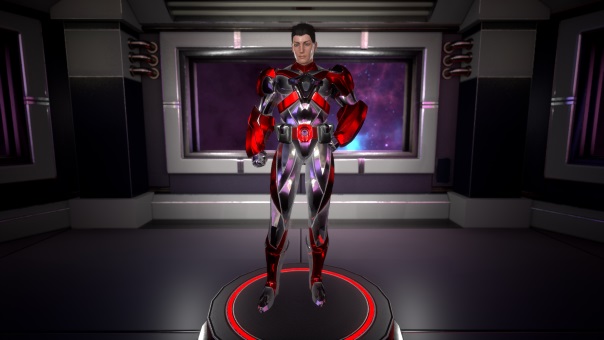 A minor, but still important update to Ship of Heroes comes in the form of the character creator! The CCT will see a change to give more camera views and more close-ups, allowing to get a better view of what you’re creating. Though the Alpha has ended, they are working on a new process to make costumes, so they can produce more costume pieces than previously anticipated before the beta begins. A height slider and waist width is also increasing. Some sliders that don’t seem to matter as much will also go away. They plan to re-vamp all of the hair models to increase the number of colors and shapes available, but there is no easy way to do hair well in UE4. We have ideas, but this aspect is likely going to take a while to sort out.  They are also looking into being able to add symbols to costumes, to allow further customization. It’s a bit on the lower end of priority, but if it happens, that’d be great! As a bonus, the above image is the very first full costume designed after the CCT was created, made with community ideas in mind.