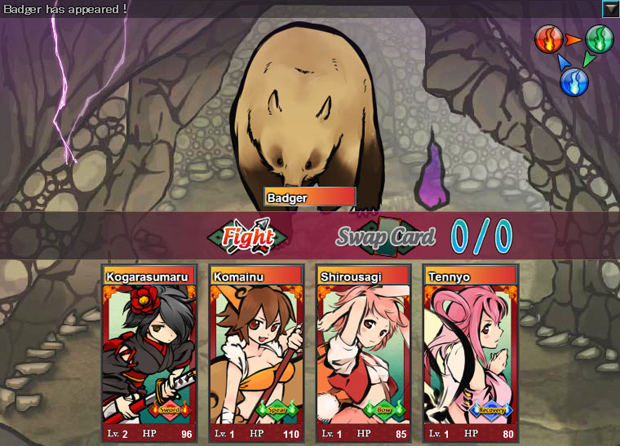 Last month we saw the launch of a new iCCG out of Japan, and I took my time to find out what the game is all about. Shikihime Garden is a unique browser based hybrid game of gardening and deck-building combined and made into a MMORPG. A strange mixture at first sight but its art style and gameplay elements meld so well together. These characters that mostly consist of female cards and random animals would alone be enough to warrant a decent competitive title, but the gardening features and world exploration add that extra element that sets it slightly above the pack.

These cards are called Shikihime, a typical Japanese name and a really difficult name to pronounce for a westerner like me. When you start playing this browser game you are given a couple cards to establish your first deck with. You are taught that these cards aren’t just simple cards with a lady or monster printed on them, these are actual characters that you can put into your garden, but more about that later. All of the cards have a special uniqueness to them. They are specialized in different types of weapons or abilities. Most of the cards are considered offensive cards, they use their special weapon to hurt the enemies, but there are also support type cards that help buff your own cards, and in some cases can even heal them during a fight. 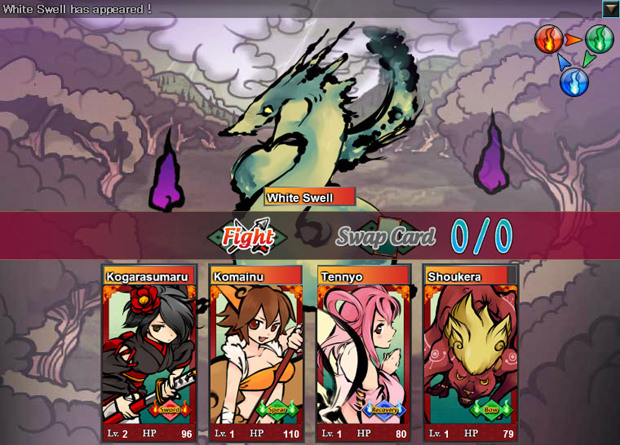 The battle system is in my eyes lackluster, really boring and nothing special at all. When you have your cards in front of you and are about to fight the enemies, there isn’t really anything special to it. While fighting you will see simple animations that you are indeed hitting the enemies, but besides seeing their health bar lower you will not see a lot. I personally would’ve loved to see more happening during a battle, because after all it is a card game and it is probably the biggest feature or part of the game. Shikihime instead chooses to focus more on the gardening than combat, and the results show.

The gardening feature is a bit different than most housing features you can find in an MMORPG. I must admit that I haven’t seen it done before in this style. Once your cards are brought to life in your garden, there are numerous ways to interact with them. Here you can let them rest up for the next battle, but you can also place specific stands and items on the ground for the characters. Almost straight away you are given a rice ball stand that makes rice balls for your Shikihime. These rice balls will bring their health up and make them more satisfied with you. Later you are also given other types of stands offering improved recovery. But besides resting in the garden your Shikihime can also train there; you can let them spar with each other or spar with sparring objectives. You will also find the Shikihime interacting with each other from time to time, with normal chatting and emotes. It really feels like your own set of cards are alive and this gives you an extra meaning and attachment to your deck. 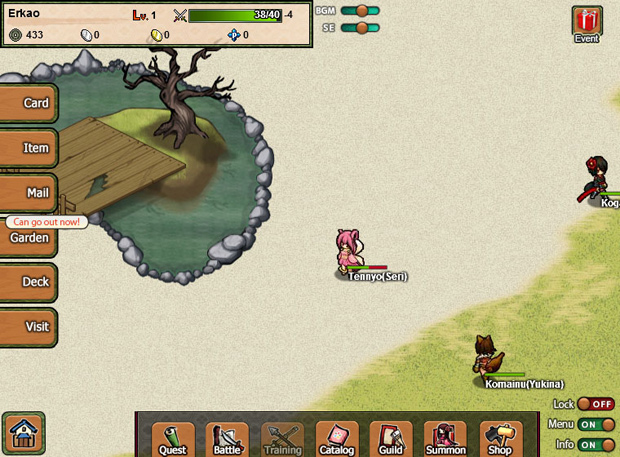 In a card game the biggest objective, or rather the best part of progressing through the game is updating your deck with better cards or making your current deck stronger. While following quests, searching through areas and battling other cards, you will find more decks. You can also find more gardening tools ranging from simple stones to actual stands when fighting these monsters. The cards that you get by defeating others can be used in a few ways. You can combine these cards to make one strong card. Or you can offer them all to one of your other characters, and give him an extra experience boost to level him up faster. You can also use or buy summon cards to get new and better Shikihime, but this mostly requires you to have a coin of some sort or Power.

Power is the real money currency in Shikihime Garden. If you spend your real money buying this then you are able to get a lot further and stronger than anyone that doesn’t spend a dime on the game. With spending Power you can straight away summon stronger cards to help you out, or buy more gardening tools and stands to give your team advantages in that aspect. 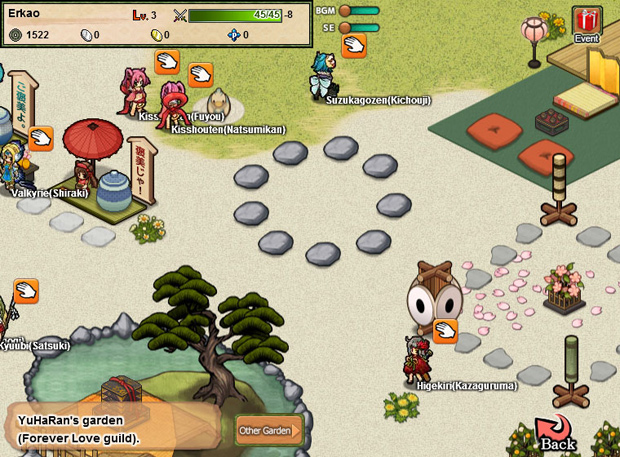 Shikihime Garden starts out really slow. Everything plays out at its own pace and a few features seem implemented specifically to artificially slow progress. Don’t expect to play this game all day since it is simply not possible. There are a few features that require you to buy Power, and if you do not do that the game simply comes to an end for that day until you wait and regain all the required resources. However, the gardening feature is quite impressive. Nothing else in the genre captures this fun housing spirit quite like Shikihime Garden does. The combat itself lacks the fun spirit of the rest of the game, and sadly lackluster simple animations are probably the best this title will ever see. If you are a big fan of card games, I wouldn’t really recommend you to play this game because it is not per se the usual card game you will see. The game is heavily focused on the cards, yet the card fighting is boring and automated. If you’re more casual and just want to see your deck and cards evolve over time though, this is one of the better options on the market for it.