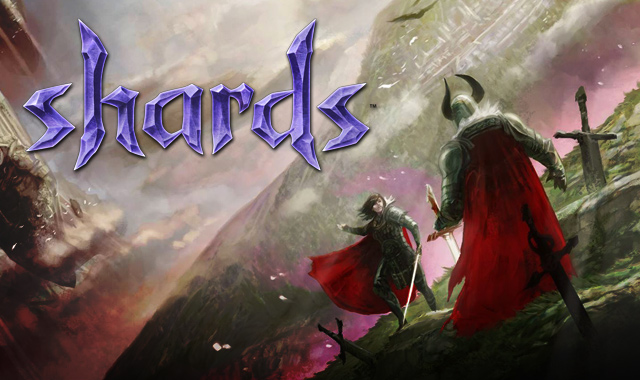 Citadel Studios, an independent video game development studio formed by industry veterans, today launched a new Kickstarter campaign for Shards Online™ the upcoming multiplayer game, in development since Summer 2013. The Shards Online pre-alpha was declared MMORPG’s Top Indie MMO of PAX East 2014, and is the first step towards Citadel’s goal of releasing the first-ever online game where player-run servers have the potential to support thousands of players.

“Citadel Studios knows what they’re doing, and they’re the right team to give the sandbox genre what it’s been sorely missing until now – Shards Online,” said Rob Denton, co-creator of Dark Age of Camelot and Warhammer Online. “It’s nice that someone is creating an RPG that offers something worthwhile beyond standard PvP, crafting, housing, etc. The player-run element makes this a totally new experience.”

The Kickstarter goal for Shards Online is $50,000, and to put their money where their mouth is, the game’s development team will match donations dollar-for-dollar up to the goal amount. If successful, that’s $100,000 going toward all the things Citadel needs to get Shards Online to alpha – final touches for crafting, player housing, animal taming, the first home shard and more. Each weekend during the campaign we’ll be streaming our playtests, so backers can see the current pre-alpha build in action.

Every person who donates $20 or more will receive access to Shards Online when it launches on Steam, and every person who donates $40 or more will get to play in the alpha (slated to launch in early 2015). Other perks include access to the pre-alpha admin program, immediate access to the game by becoming a playtester, collector’s game boxes and cloth maps and more. Backers can also snag special titles, familiars, live event opportunities and even a VIP party with the development team. By donating to the Shards Online campaign, you’re not just helping make the game; you’re becoming part of it.

“After listening to our fans’ feedback, we’ve been hard at work on updates like rotating cameras, a playable female character and improved graphics. With all the new additions, we can’t wait to show off our progress to the world,” said Derek Brinkmann, project lead and co-founder, Citadel Studios.