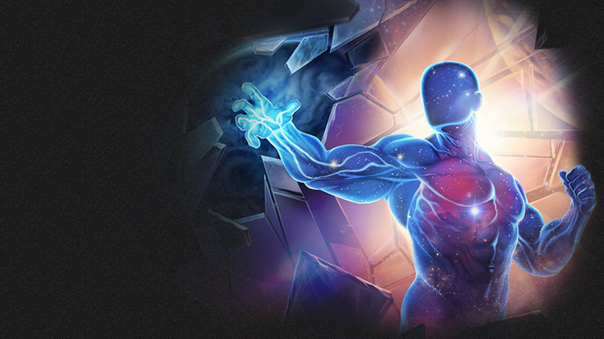 Bigpoint reveal the latest character in their science fiction MOBA game, Shards of War. Pulsar, the nineteenth Sentinel to be introduced, is an attack character that can unleash blasts of stellar energy which, when charged to full damage and range, will surprise even the most hardened of enemies.

Distorting reality one blast at a time

The first thing you’ll notice about Pulsar is that it’s no ordinary Sentinel – it’s not even human. This ethereal cosmic guardian has just revealed itself to humanity and will destroy anything that attempts to stand against it and its quest to quell the chaos tearing the multiverse apart. Pulsar’s main skill, ‘λ‘, involves a pulsating charge mechanic where a piercing burst of energy is unleashed. The longer Pulsar charges it, the greater the blast will be in both range and damage.

This reality distorter’s ‘π’ skill will slow down and damage all enemies within the target area. The results will be especially effective against those unlucky enough to be located at the center of the distortion.

Every 10 seconds the next skill Pulsar uses will cost no energy at all. This is a passive skill, ‘Φ‘, meaning Pulsar is regularly recharged and ready for retribution.

By using the ‘Δ’ skill, Pulsar is able to bend space and time allowing it to evade enemy attacks and to set up its own cosmic barrage. This could be the ‘Ω’ skill which fragments reality sending out a powerful wave that damages the first enemy Sentinel it hits. Moments later, all enemies surrounding the initial target are also snared and receive damage.

A cosmic guardian that has long kept watch over reality, Pulsar has been maintaining its vigil as worlds collide and slowly begin to crack. This strain has recently become more than Pulsar can take, the guardian making itself known to humanity by unleashing bursts of stellar energy, and joining the fight for Empire City, Meridian Gate, and the battlefields echoing in realities beyond.

Learn more about Shards of War at the official site.