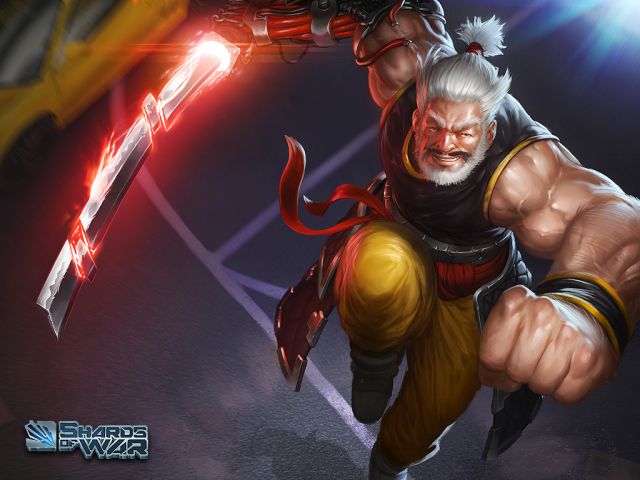 Bigpoint reveals Ryudo, the fifteenth character in the science fiction oriented MOBA game Shards of War. An assassin of the highest order, his surgical precision in eliminating key enemies can be critical in turning the tide of a battle.

Slice to meet you

His ultimate skill lends itself to these accurate assaults. ‘Crossfade’ can teleport Ryudo over vast distances to directly confront his main target or drop behind the battle lines of the enemy. This also stuns and damages all foes in his path.

Skilled players are able to repeatedly use ‘Fast Break’, which makes Ryudo dash forward to slow and wound enemies, and ‘Blade Storm’, which channels damage to all enemies in front for a short burst.

Coupled with his incredible mobility, his defensive skill ‘Rejection!’ uses his sword to block incoming base attacks, allowing Ryudo to remain in the battle longer than most.

To make whole what was broken

This true master of the sword has suffered hard.  But seventy years spent in the Overseer Shard´s chains did not fill him with hate. Not even Cobra cutting off his arm, turned him into the remorseless killer and slave to battle you might expect.

Instead, he is more likely to strike with his razor sharp wit than with sharpened steel. His ultimate goal is to make whole what was once broken: his ancestral blade and the honor of his student and fraudster, Cobra, the man who broke it.