Sentinels of the Universe Now Available on Mobile 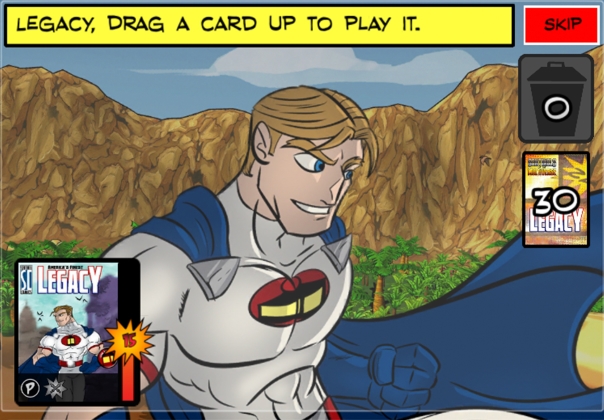 Handelabra Games has announced the release of Sentinels of the Multiverse for iOS and Android.

The release is part of the game’s 2.0 update, which also makes the game a universal app – allowing existing players to install and play on their phones today. The game will also be on sale from August 4 through August 11 on Google Play, iTunes, and the Amazon AppStore for $2.99 (regularly $9.99).

Sentinels of the Multiverse on smartphone offers the complete experience with a great new and updated interface designed specifically for mobile play. More importantly, we’re super excited to be able to offer our fans the opportunity to play Sentinels freely between their iOS and Android tablets and smartphones. That said, we’re still not done. We’re now hard at work on Season 2 and can’t wait to show the Sentinels community what we’ve been up to.

Sentinels of the Multiverse takes place in the world of Sentinel Comics (by Christopher Badell and Adam Rebottaro). Players control a team of superheroes in co-operative turn-based battles against villains, with a card-based combat system. Earlier this year, the game successfully funded a Kickstarter for a Season 2, which will add more to the game’s storylines and gameplay.