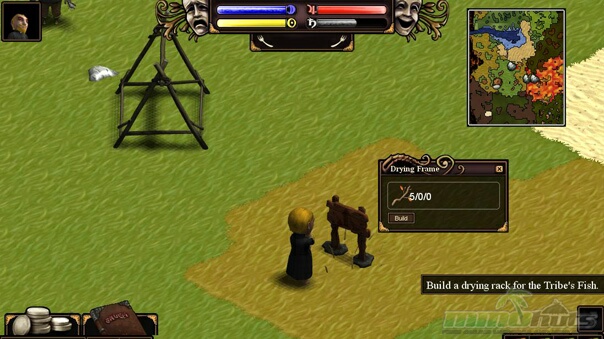 Introduction
Not too long ago, Salem was released with much fanfare. Originally developed by the team that brought about the much-loved Haven & Hearth sandbox MMO, many players had high hopes for the potential of the game. Unfortunately, when the game was finally made playable, many found it lacking which lead to a bit of turmoil. Now, in 2015, the game is owned and ran by a former player group and has received quite a decent number of updates to the game, adding new content and features. So, needless to say, it’s definitely time to give Salem another look and see how things have changed.

Customization
Salem is one of those games that takes a more unique approach to character customization. The options aren’t many. In fact, I was disappointed by how little you could change. And, despite the interesting nature of the customization, I found it more tedious than I would have liked. You start out as a blank slate on a dock, preparing to head to the New World. You change things such as your gender, hair style and color, and name by talking to various NPCs or interacting with objects around the dock. 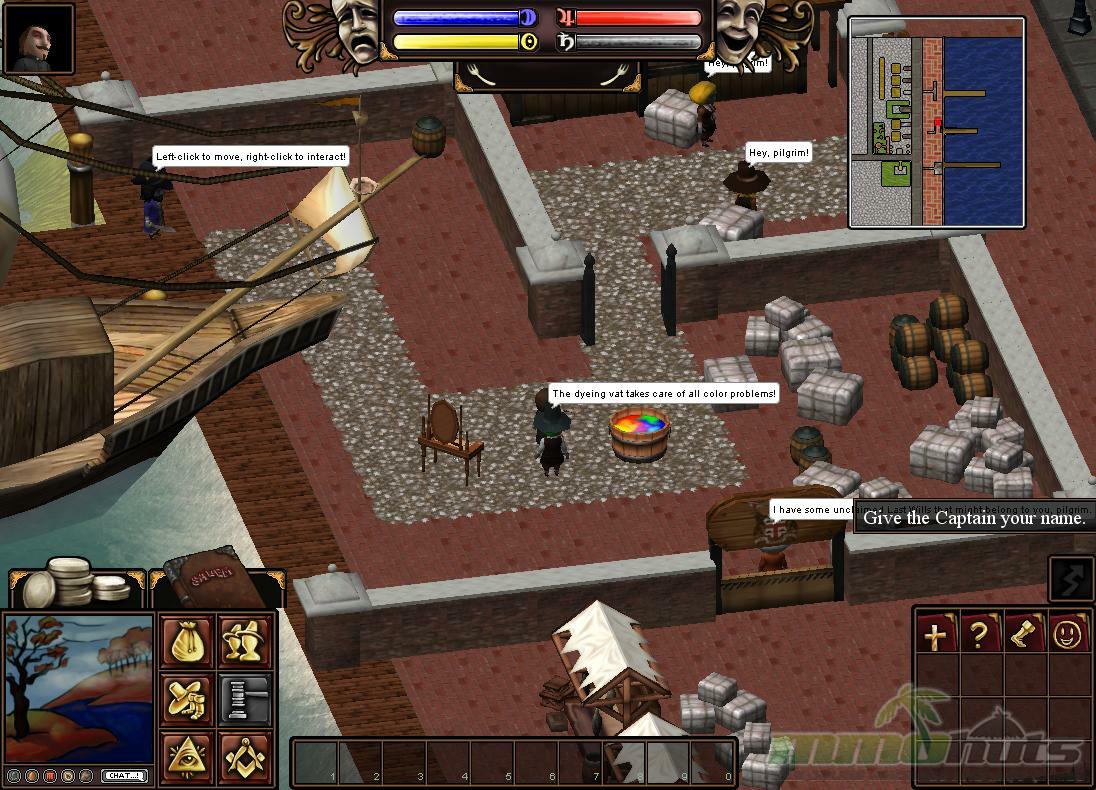 This is how character creation actually looks.

While the character creation may be weak, the rest of the game is full of customization options. That’s the nature of sandbox games, so I wouldn’t expect anything else. From the skill-based system that allows you to define your character and its specializations, to the ability to build your own home or settlement, you’ll be faced with plenty of choices at every turn. And like I said in the introduction, there’s been a number of new and interesting features, such as the addition of Witchcraft. When I looked through the compiled list of important changes to the game, I can’t help but be filled with an urge to play.

Salem uses an inspiration-based skill advancement system. You study objects – some found, others crafted – and can “buy” and raise skills using these points. This is where the game originally annoyed a lot of players. Many early players were thrown into the game and then expected to perform a very tedious and long-winded scavenger-hunt of sorts to find items of inspiration, which annoyed them. Nowadays, Salem does it better by making it easier to get started, especially with the addition of a new player tutorial zone that makes it quite easy to get all the basic skills, allowing you to enter the world at large with plenty of preparation and knowledge. I was one of the players that was annoyed with the system that was used in the early days of the game and, while the system is still much the same, I have to say that the changes made to the game have made the experience a lot more enjoyable.

Graphics
If you’ve played Haven & Hearth, you’re probably well aware that the Seatribe team doesn’t put much weight in graphics. Well, when they made Salem their opinions on the importance of high quality graphics didn’t change much. Sure, the game is 3D and has some alright shadows, but other than that the game doesn’t look that great. There is a sort of charm to it, but it’s the kind of charm that only appears if you’re a fan of either the chibi-style of character design or 17th Century America. Most people who try the game will simply tolerate the graphics due to the features the game offers. Others may simply pass up the game altogether as even I have to admit that the graphics can be hard to deal with. 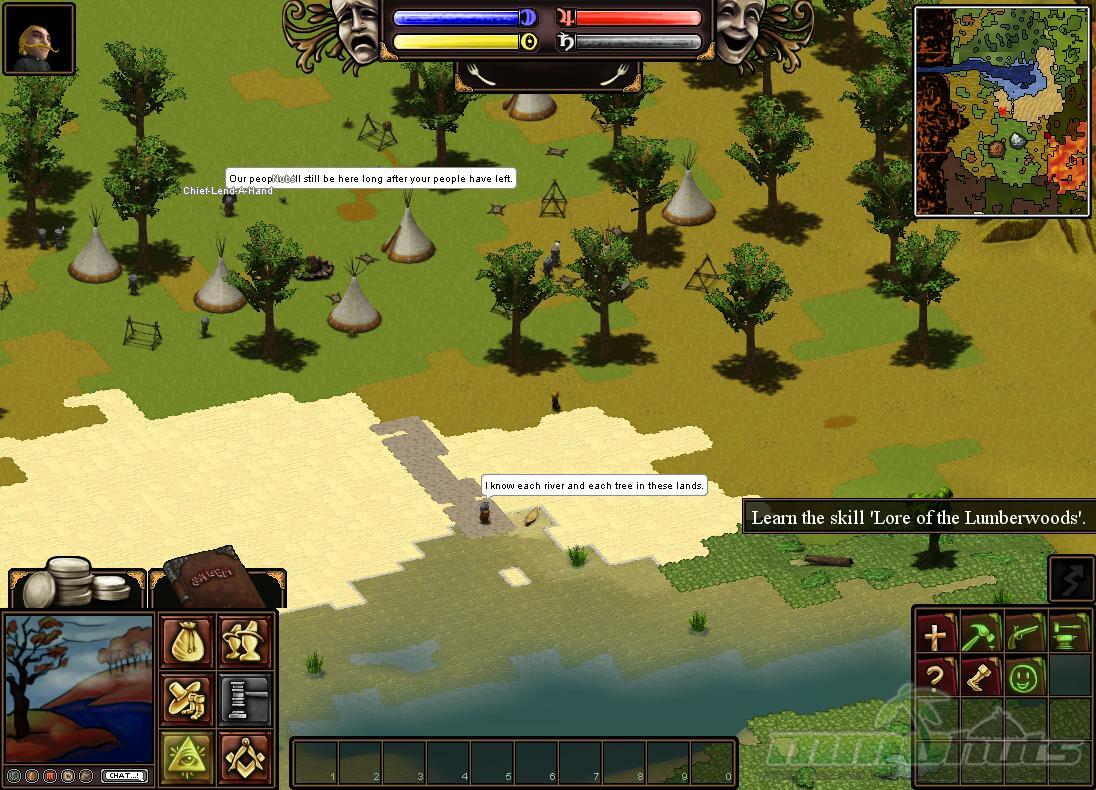 Salem Online was never about graphics, and the new management doesn't intend to change this.

Controls
This is the one area of the game that took me by complete surprise. And I wish I could say that this was a good kind of surprise. Unfortunately, it isn’t. Simply put, the controls suck. The game uses both WASD and point-and-click movement, yet both options seem to be finicky and unresponsive at the best of times. I’m ashamed to admit that I actually rage quit because I found the controls too annoying to deal with during my first time trying the game. The next play session felt much better, but that was because I was expecting it. I fear that a lot of players will simply give up because of how awkward the controls (specifically, the movement controls) can be at times.

Community
Small, but friendly and helpful. There are some trolls and bad apples. If you search around, you’ll come across a few rants on various forums (but that’s the case with most games). Claims of corruption and abuse seem to be more frequent than in some other games, which is probably the result of former players taking over the game. It’s hard to tell whether these claims are true or not, but in my experience nothing negative has happened to me. 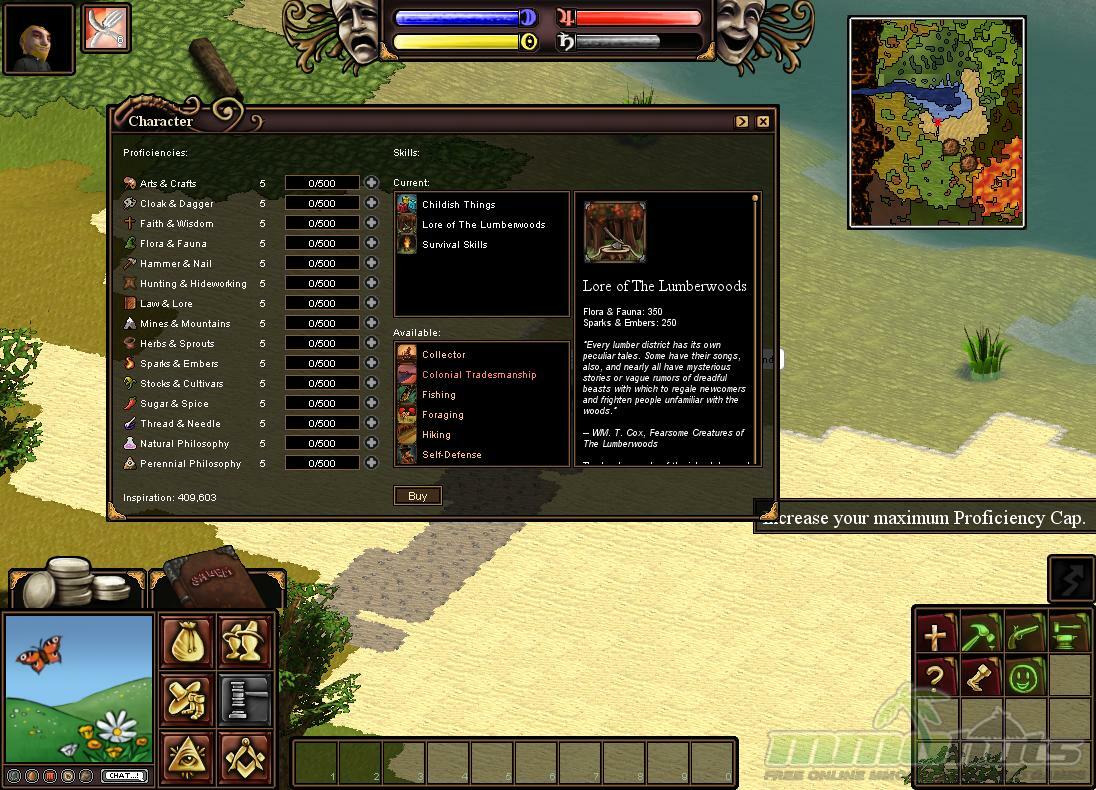 The community is all well and good till someone gets called a witch.

Gameplay
Salem is a sandbox game, so there a lot of features that aren’t really present in other games. Where as crafting is usually a tacked-on feature without much depth in most games, you’ll find that you can play Salem while avoiding combat and still have a blast. However, if you do like combat you can take up hunting. Or, if you prefer a more exciting opponent, you can even hunt down players. Salem is a game where choices are everywhere and you’ll always have something to do.

Crafting makes use of resources that are gathered from the world around you. If you need leaves, you’ll have to find a tree and collect them. If you need wood blocks, you’ll have to cut down a tree with an axe and further cut that felled tree into those blocks. And speaking of cutting down trees, you’ll need to craft yourself an axe to do it. A lot of basic crafting can be accomplished with just things you can find on the ground, but for more advanced crafting, you’ll need to make use of crafting stations, such as a fire. So there are many layers to the crafting, with lots of different types of crafting to enjoy.

Building is another form of crafting. This is where you create structures and other place-able things (such as the earlier mentioned crafting stations). This is part of what makes sandboxes so fun – you can claim your own slice of the world and build on it. If you have friends, you can get together and build a town. Unfortunately, Salem doesn’t let you design your own home from scratch like some other sandbox MMOs. You do get a decent selection of pre-made buildings to choose from and the freedom to place things within, though. You might just set up a small hunting cabin far from civilization, or perhaps you’ll set up a bustling city. 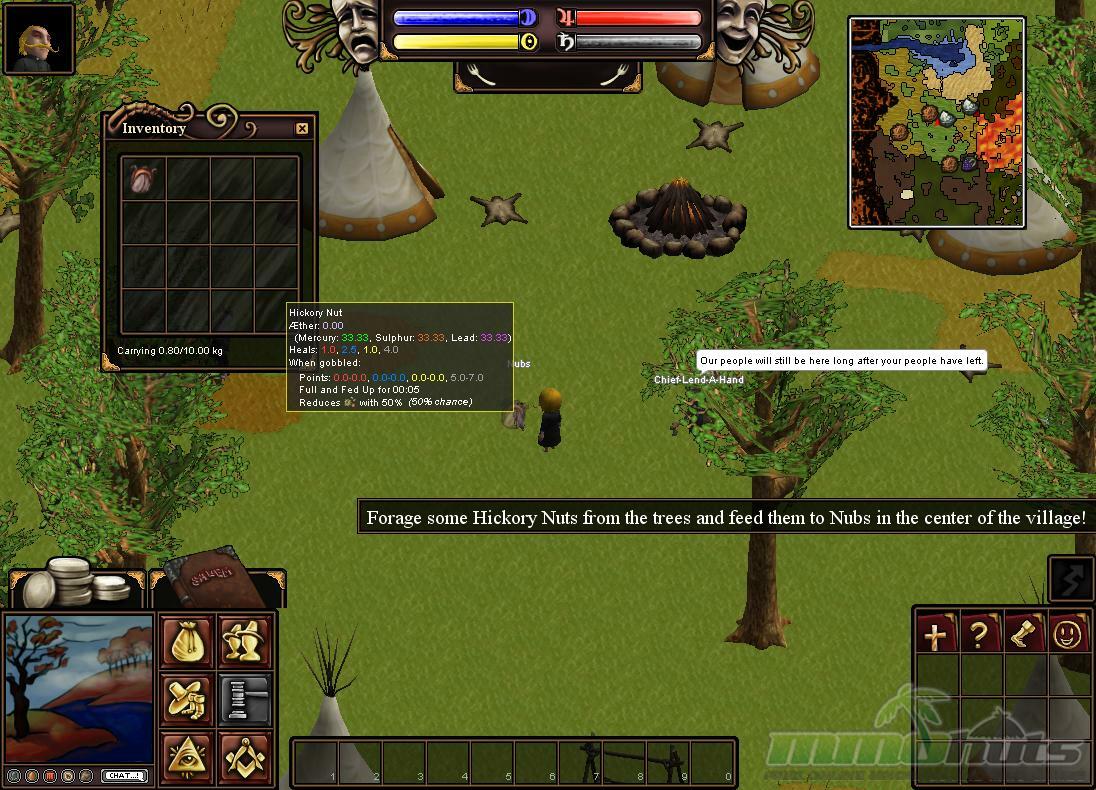 Salem does a fantastic job capturing the importance of food and disease in colonial days.

Food is an important part of the game. As you lose your Humours, you’ll need to consume food to be capable of regenerating them. You can rest all you like, but if you don’t have the fuel you won’t be regenerating anything. If you overfeed yourself, you can raise your maximum Humours with gluttony. This system makes food a very important part of your life as a pioneer, as it should be.

PVP is possible in the game. There are several possible things that can be done with the PVP system. You can KO or Murder another player and raid settlements of other players. Of course, attacking someone is a crime and you’ll leave clues that can be tracked by other players if you do commit these crimes. This results in an interesting (and mostly fair) system. The most interesting aspect of this is that players can permanently kill your character. Fear not, though, because your character’s estate (claims, some of your skills/stats/, etc…) will move onto your next character if you take the correct precautions.

There are a lot of interesting features in the game. You can become a witch, allowing you to curse other players and other players to persecute you. If you fail to balance the actions of your character, you might find yourself descending into insanity. Coming across a rat, dead body, or already sick player can lead to your character picking up a number of diseases with various effects. And that’s just the tip of the iceberg; lots of these features having not been present at the games beta testing and launch.

Conclusion: Great (4/5)
Salem is one of the few true sandbox MMOs out there. Its rough start has resulted in some bad misconceptions, but over time the issues players had with the game have been fixed. The plethora of features, all of which are great, makes for an interesting experience never leaving you wanting for something to do or strive to achieve. Not many games can make the claim to so much content. You know what they say, “Give the players the tools and they’ll make their own content.” Well, Salem certainly gives you the tools. If you like crafting, sandbox, or PVP with some high stakes, you should download Salem today. It’s free and, from my experience, worth it.

Customization: 3/5 – You may not look very unique, but otherwise there is a decent amount of customization.

Graphics: 3/5 – A certain charm, but otherwise not pleasing.