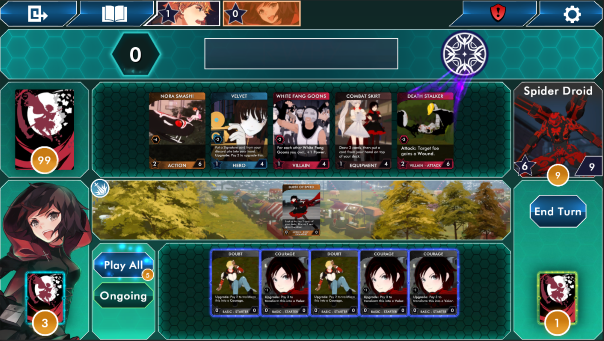 Rooster Teeth is proud to celebrate their 16th anniversary, and with that in mind, RWBY Deckbuilding Game has a limited-time event.  Whether you play on PC via Steam, Android or iOS, players that log in between now and April 1st can unlock an exclusive 16th Anniversary Sleeve to use on the Battleboard. To access these, players simply need to complete three quick matches during this time period. Also available for the first time during this period is the new ‘Celebration’ Battleboard. Available for 2000 Dust, players can purchase the ‘Celebration’ Battleboard to commemorate Rooster Teeth’s 16th Anniversary at every turn of a match.