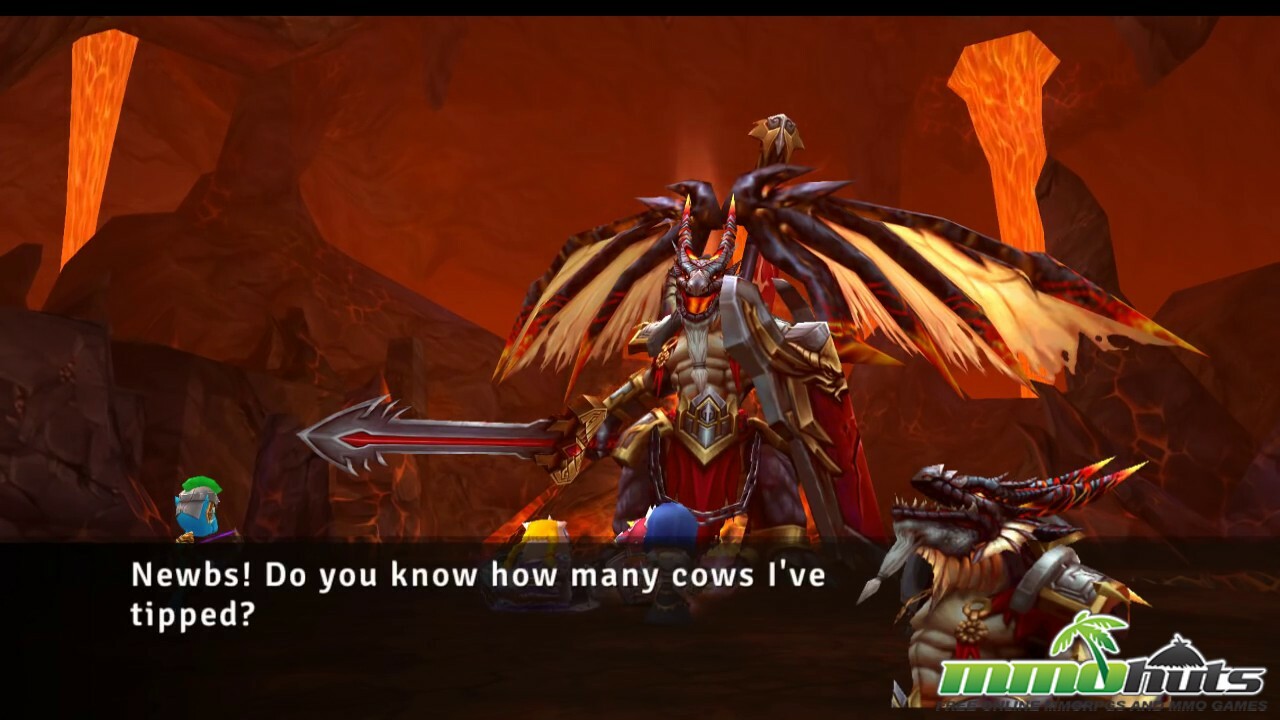 To be in the business of producing small-scale games in a free-to-play market, you’d either have to be able to pass off reinventing and reskinning tried formulas as your own, or you’d have to be really creative.

Well, you don’t really HAVE to be all that to be in business, but if you want to be known, consistently sell your games, and develop a following, you might as well try walking that extra mile to guarantee success, right? Take Firefly Games, Inc. for instance, with their latest venture: Rush of Heroes. It’s the perfect example of go big or go home, with them banking on the earlier.

Rush of Heroes is a free-to-play mobile MMORPG. It plays actually like any old ARPG available in the app store. It’s an active time turn-based battle, with characters having their own attack and skill cooldown timers. Units are to be gathered, leveled, and fused, then you just form a party consisting of units you have that produce the best numbers. 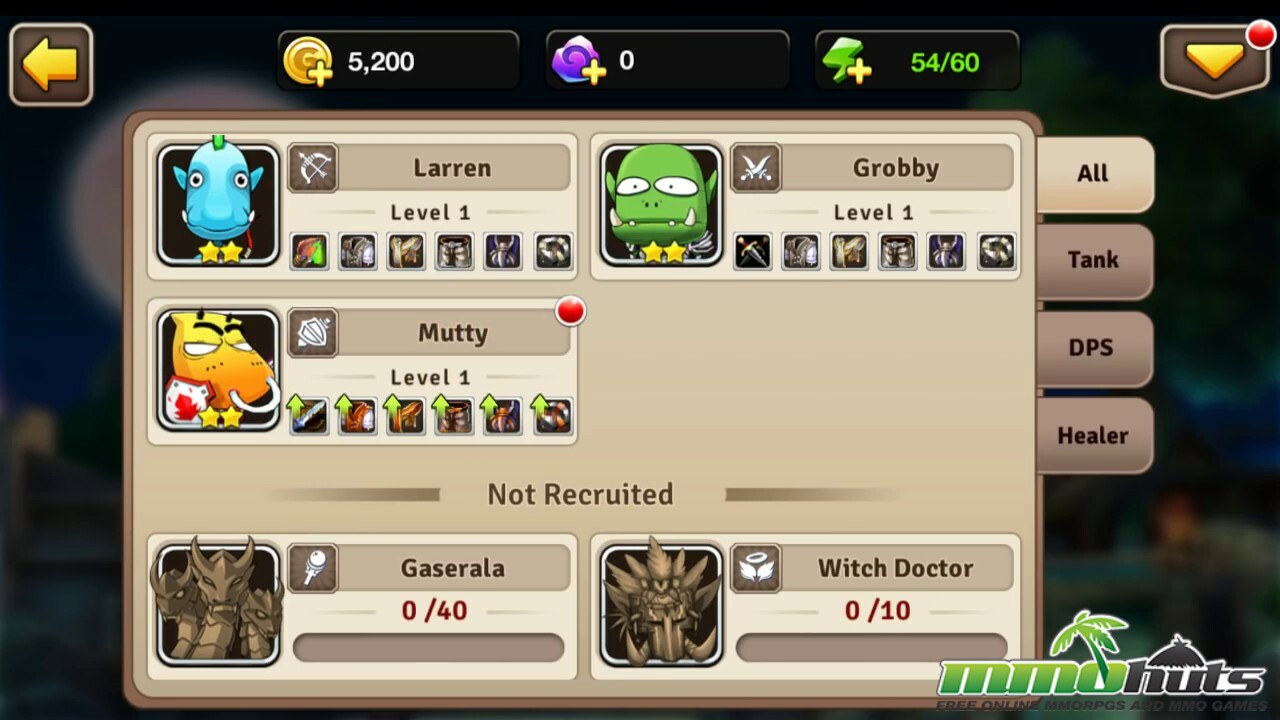 If you've played ARPG mobile games before, the UI won't take any time to learn.

Truth be told, there isn’t much that is ground-breaking and new in Rush of Heroes, but that’s not really all that bad. Because what Rush of Heroes brings to the table is something not most mobile games in its category would even do – and that’s delivering content. Quality content, even.

Rush of Heroes presents an intensive and deep plotline for players to follow, and it’s styled along top-grade humor and wit. The writing is its main appeal. Imagine a game where you start off as a deformed chibi cow warrior, partying with other chibi characters that go on epic adventures and participate in fantastical fights against fully proportioned mythical enemies.

The stark contrast is comedic and whimsical, as it is adorable, but that’s the appeal. It’s also nice to note that your characters – your main character, the cow, especially – come with a lot of zingy and funny one-liners that builds character and depth so you can’t help but be emotionally invested in them. It’s also interesting how much story is packed within each playable chapter. 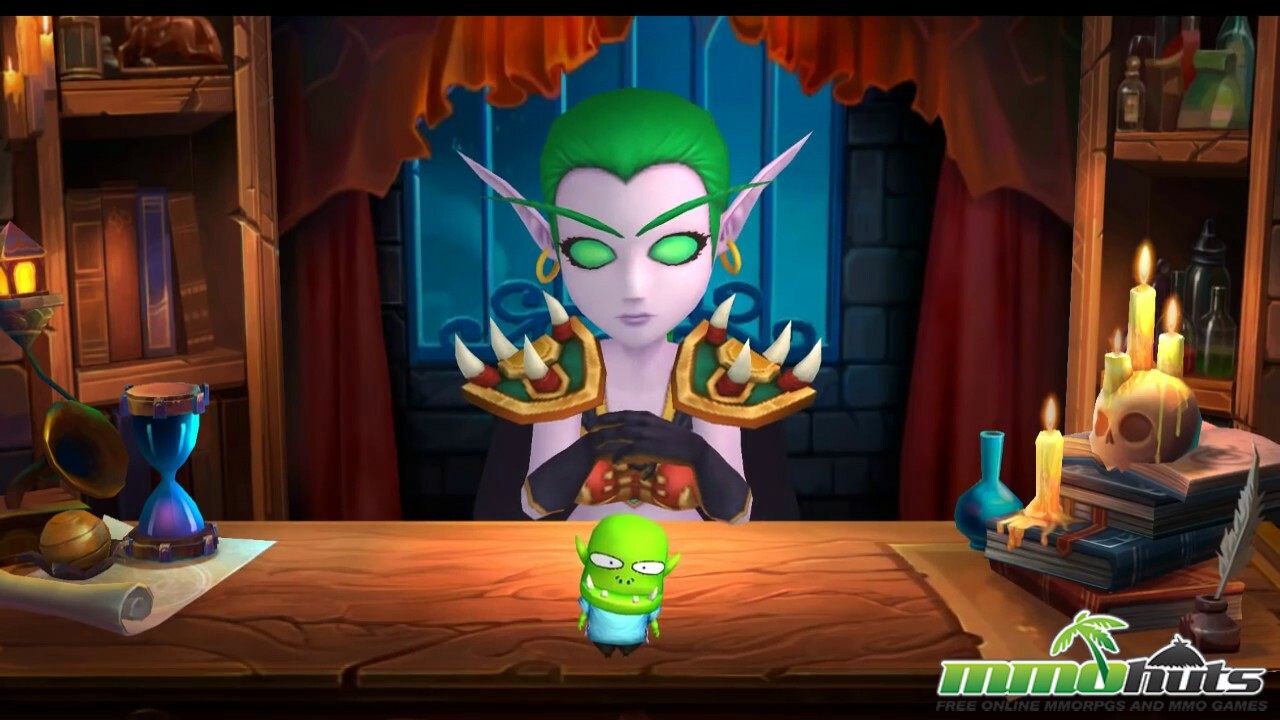 Much of the game feels like a spoof of the genre.

As is usual in most mobile RPGs, the game only actually has two modes of interaction which is the lobby/town part of the game, and the battle parts. The lobby is your usual over-glorified inventory screen where you manage and recruit your units, level them via fusion, arrange them in parties, etc. Arranging your party’s formation actually is a strategic concern so as to make full use of their ranged and targeting abilities.

During battle, players have to fight their way to the end within a given time limit. The sooner you finish, the better your rewards will be. Fights happen in a familiar Dot Arena fashion. Units from each side rush in then start attacking simultaneously, but not in a senseless, chaotic kind of way. Units attack in intervals based on their speed stat, but they can also act out of turn by performing their special attacks. Special abilities can only be used when their power gauge is filled, and that can only be achieved by successfully hitting or killing an enemy. This is repeated wave after wave until you reach the boss of the level. What’s notable about boss fights is not only are they rendered on a completely different scale and style for comical effect (your units being usually cartoony and chibi, while the enemies are fully proportioned and detailed), the cameras also change to different dynamic views, making the last fight of a level really refreshing and exciting. Beyond visuals, these fights are noticeably more challenging to wake you up after slaughtering the worthless creep waves before them.

After the fight, you are then entitled to receive rewards appropriate to your performance in the level, and not like the random drops regardless of how well you fought like in most mobile games. Most of these drops are equipment that boosts your units’ combat power. These equips can also be upgraded to further improve your party’s stats, and when you reach certain caps, the equips as well as the hero wearing them will change appearance. 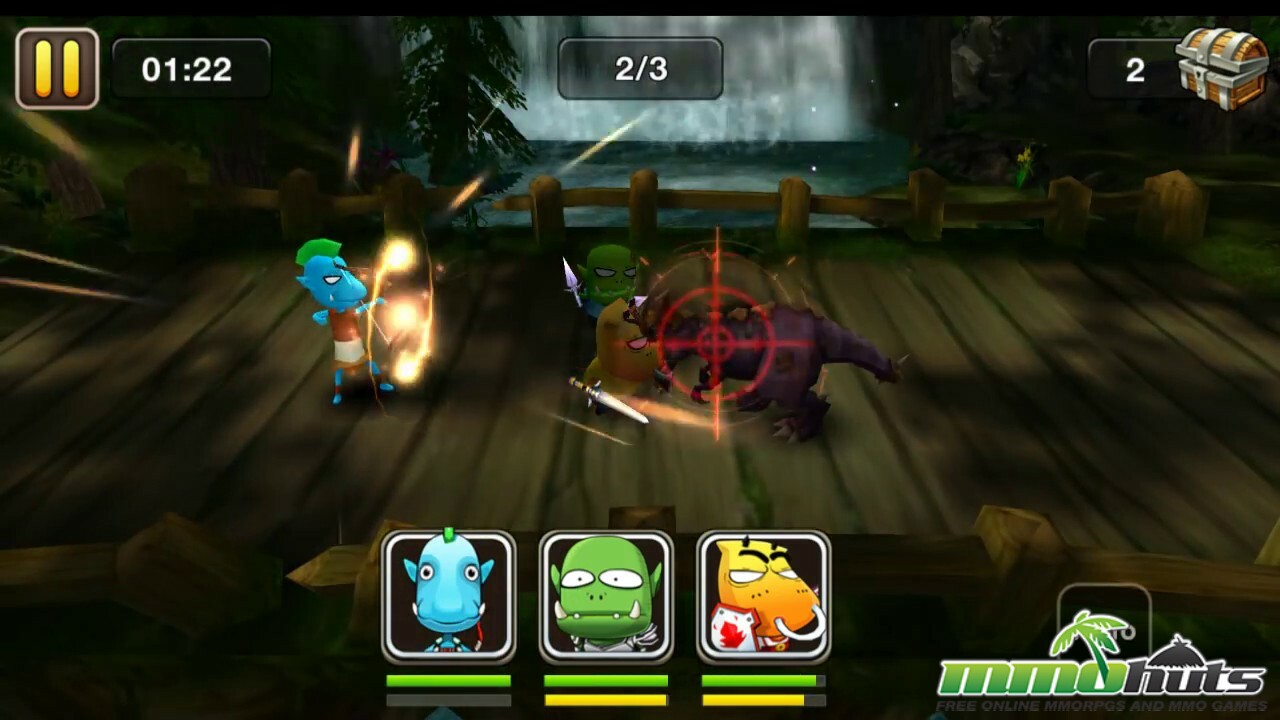 Rewards are given when deserved, rather than through random chance.

The game also features an online PVP system, though it is not as interactive as normal play. Your characters will always be in auto-battle due to the asynchronous nature of it to prevent you from manually outperforming the AI. PVP Arena allows you to choose up to 8 heroes to bring with you. It also allows you to ban up to 3 heroes from the enemy team when you’re challenging, so there’s still some semblance of strategy and control. Another social feature the game offers is being able to join a guild, which grants you additional support in terms of stats and resources, while giving you access to exclusive guild-only items and dungeons.

Rush of Heroes really tries to emulate the feel of enjoyment from games of old as it dulls out content as you earn it through your progress. Feature upon feature is unlocked as you further progress in the game, giving leveling far more of an addictive factor than in most games. 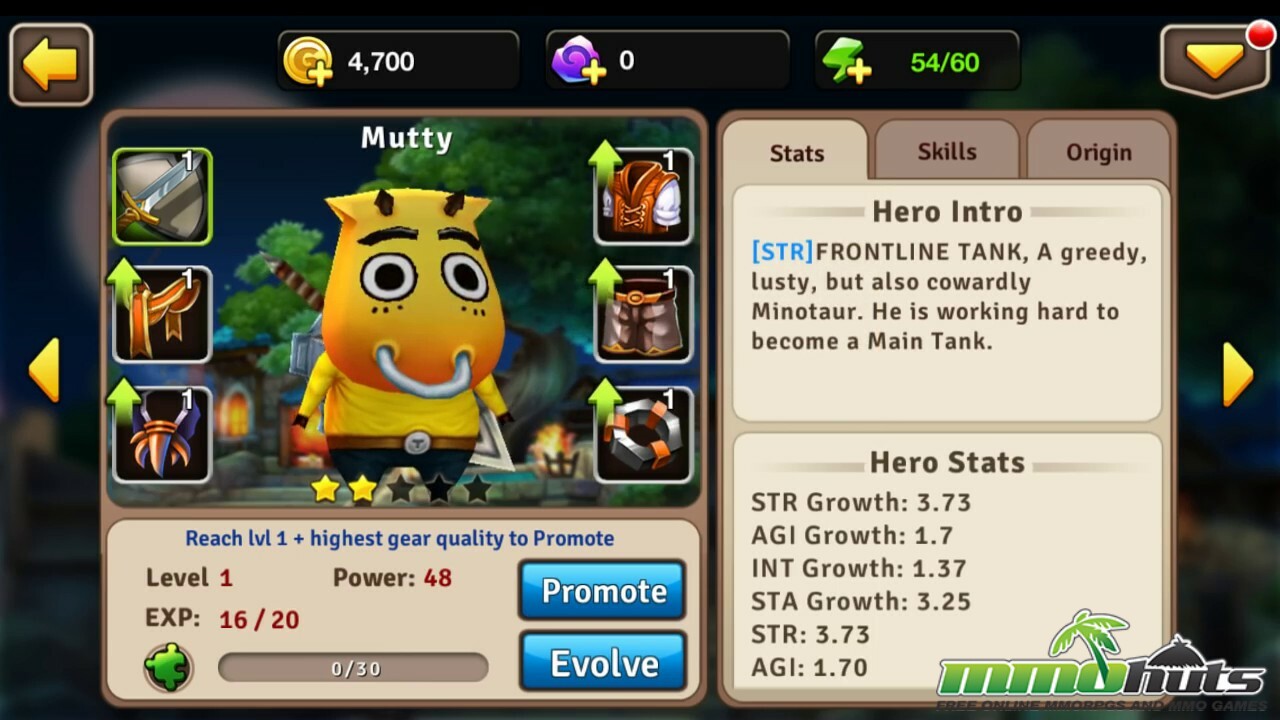 The constantly changing visuals keep you hooked on upgrading.

Though you spend most of your time in battle, the constant evolving systems prevent the game from feeling too repetitive. Those into the story will enjoy the witty banter, while those that like micromanaging combat can continually hone and discover the perfect combat combos. All the while looking really good while doing it.

The game looks good for being such a small file, and plays well even on older devices. Everything is beautifully rendered and animated in 3D. Each unit, hero or enemy, is masterfully designed and quite unique looking. The fact that the heroes and the bosses have strikingly different art styles as well adds charm to it, as it makes one side more endearing and the other cooler.

All in all, Rush of Heroes is one of the more expertly done games to enter the free to play mobile market. Even if it doesn’t really bring anything new to the table in terms of mechanics, it still delivers with an eye for quality and refreshing dedication to the details. Rush of Heroes is most definitely a must-download for the modern day RPG enthusiasts.