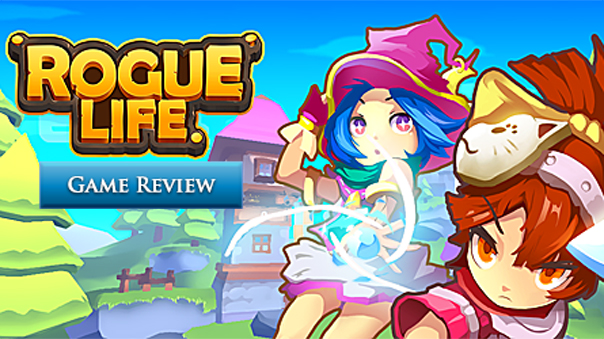 Shoot ‘em ups are often straightforward affairs that push your dexterity to it’s limits as you try to weave through clouds of enemy projectiles while at the same time dishing out your own. Bullet hell shooters would just often be made in such a way that you’re just a few screens away from doing the actual game.

But what if there were something more added into the usual Shmup gameplay? Say adding a bit of simulation and some overused mobile game staples to the mix? That seems to be the case with Onplay published title, Rogue Life: Squad Goals. 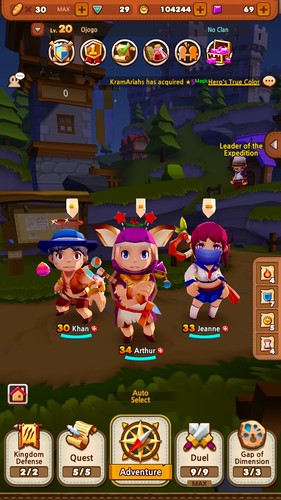 Squad dynamics add a new layer to the Shmups genre.

Rogue Life: Squad Goals is an energy based squad themed free-to-play shoot ‘em up developed by Korea based developer Hidea. The game gives you control of a squad of three different characters taken from fantasy worlds. Your squad’s main task is to keep on going through these stages in the form of shoot ‘em up stages consisting of fictional monsters blocking your way.

Core gameplay is strictly centered around building up your earned characters by giving them upgradeable equipment that would fill each character’s five slots. The equipment you get your characters’ range from cool to adorable to really badass as you unlock and gather them along the way.

Another gameplay element in Rogue Life: Squad Goals that’s unique to the game is the way simulation is added into the mix. Unlike typical F2P mobile shmups where you’re primarily focused on building up your chosen ship’s armament and damage output by playing around with equipment that you can only acquire through mission stages, Rogue Life allows players to gather this equipment by also doing menial manual labor tasks such as writing stuff, picking up wood boards, or sitting down and reading. Gameplay elements like these give a bit more dimension to the overall gameplay mechanic that shmups normally don’t have. 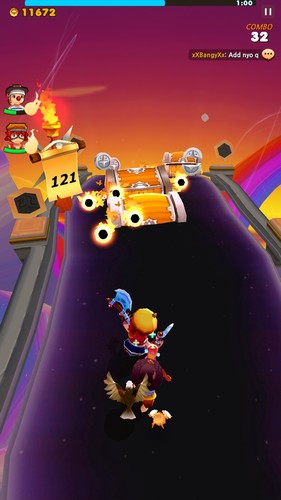 Visuals are crazy colorful, perhaps too much so.

The recent game update also added another gameplay feature that is normal in usual f2p mobile titles but not shmups and that is the kingdom defense-like mechanic. This means that your squad will be put into different instanced maps that follow the usual shoot ‘em up gameplay but with the purpose of a bigger guild-like defense goal to help progress your chosen kingdom.

The difficulty curve in Rogue Life: Squad Goals is what you’d normally expect in the starting to mid tier bullet hell shooters in other titles. This means that unlike in the usual bullet hell shooters where precise movements that require almost perfect timing are standard, Rogue Life has a bit more arcade-y feel when it comes to the evasion/shooting error margin.

This doesn’t mean that the game is real easy to bullet hell shooter veterans though. Having to control a squad of three units adds a new style to master. The game already auto attacks the active members on the field while you would only need to focus on evading the numerous projectiles that enemies will throw at you. 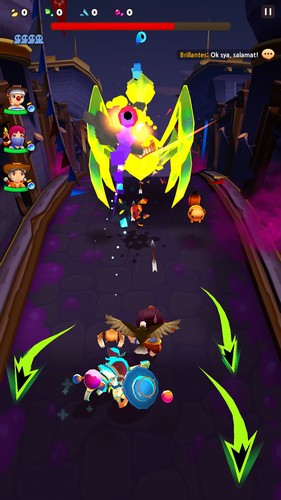 If you can get used to the squad mechanics, the difficulty isn't too bad.

Rogue Life allows your characters in the field a “free pass” of sorts that you can regain as you build up the meter. This means as long as you have the evade meter filled on all almost unavoidable instances, you’ll come out of each map unscathed. But that would be quite challenging especially in the later stages of gameplay where the game suddenly amps up the attack waves.

Rogue Life: Squad Goals uses a more relaxed and fun visual design philosophy as the game looks and feels fun. The game looks vivid and the colors maximize the warm and exciting feel you can get out of a game visually.

I like that the game also uses various quirky designs when it comes to its equipment. You can actually see your characters wear the outfits you put them in. One of the game’s quirks that becomes more apparent as you play the game is the way your characters talk. The gibberish language your characters use as you highlight them are a funny reminder of sim-speak. 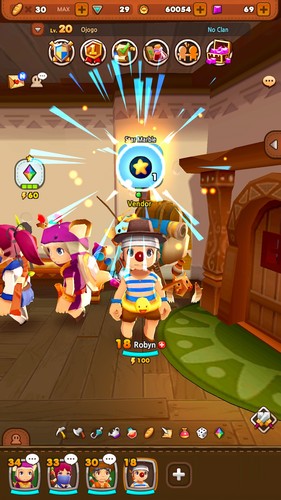 Attention to detail is high, and your squad will really look different to reflect your equipment choices.

Overall, my experience with Rogue Life: Squad Goals has been a fun and somewhat relaxing take on the shmup genre. It’s visually exciting and the fact that the game has a really active community is another plus to the game’s charm. Another good thing of note in Rogue Life is the way that Onplay has been active in providing community events that really rile up players to spend more time in-game. It’s always a good sign when a company knows the key to a great f2p game is to keep the community excited. And they are at least doing well on that department.

With that said however, I can’t ignore the aspects of the game where you are almost nudged to really spend money on it. This becomes apparent in the simulation part of the gameplay experience. It’s clear that you can’t accomplish all of the game’s “tasks” with your initial three characters even with the use of the energy replenishing bed. So if you’re the type who wants to get everything in one playthrough, you’ll either have to spend or would need to properly time the energy recovery of each character you have in your roster.

Thankfully all these game elements I mentioned aren’t game breaking and are easily avoidable for the more industrious players. Rogue Life: Squad Goals is a great game that puts the player within the context of a bullet hell game without making you pull your hair out of frustration. So if you’re looking for a more casual, but still challenging shmup, then this game is just for you. And if you’re looking for the gritty hair-pulling shoot ‘em up experience, then you gotta move along from Rogue Life and look for something else.