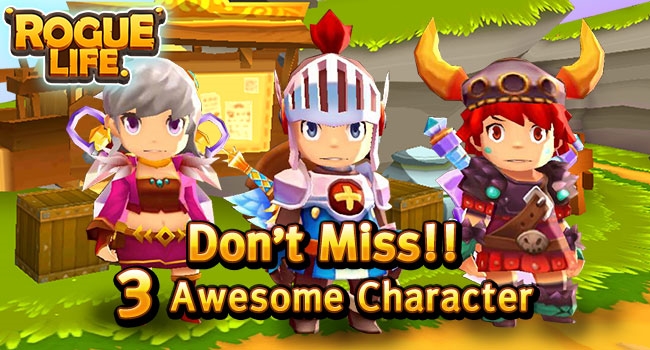 Arthur: The Shield of Protection

Arthur may not seem special at first but on closer inspection, you’ll realize his specialty lies in his set equipment. There are special buffs for the armor he equips to increase his survivability on the battlefield.

He is a free hero that players will receive when they begin their Rogue Life journey.

Khan is a high attack warrior, his attack damage increases each time he takes damage from his foes. His passive skill increases his attack damage by 100% when one of his teammates is defeated. To make him a more efficient damage dealer, you can choose to increase the damage of his ultimate skill or the amount of critical damage he inflicts.

Like Arthur, he is a free hero and is available to new players who join the game.

Kid’s unique skill is Super Magnet which attracts all items within range and adds it to his inventory. He will not need to run in-line to collect gold coins anymore, instead,  it will pull towards him as he passes by, making this an extremely helpful skill to keep your squad wealthy through the game. You won’t miss a coin with this hero in your arsenal!

You can purchase Kid with gems or gold at the in-game shop.