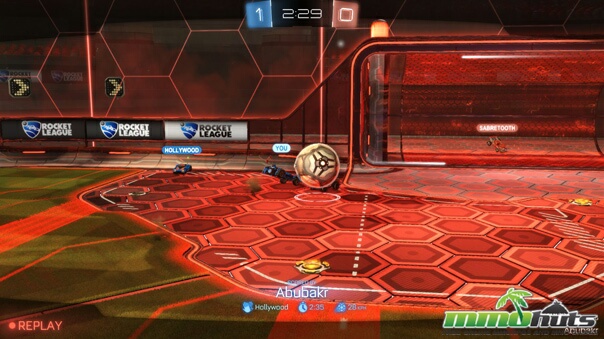 Sometimes you need a break from the more hardcore games to sit back and play something more relaxed. That’s not to say you don’t want something competitive that requires skill, just something that won’t have you white knuckled every second of the game. Rocket League is the perfect game to fulfill this requirement. Developed and published by Psyonix, Rocket League is the successor to Supersonic Acrobatic Rocket-Powered Battle-Cars. This game is a great way to take your mind off more demanding games, sit back, and relax with friends. Read on for my review of Rocket League.

Rocket League is a Sports-Action game available for both PC and PS4 with supported crossplay. Players control rocket-powered vehicles and play soccer by driving their vehicles into the ball. As crazy as it sounds, Rocket League is a blast to play even if you are not a fan of soccer. The game leaves it to the players to find a way to score goals. There are no special abilities or skills, just a physics engine there to assist or destroy your hope of victory. Correct angles and timing is all you have to work with to attain victory. 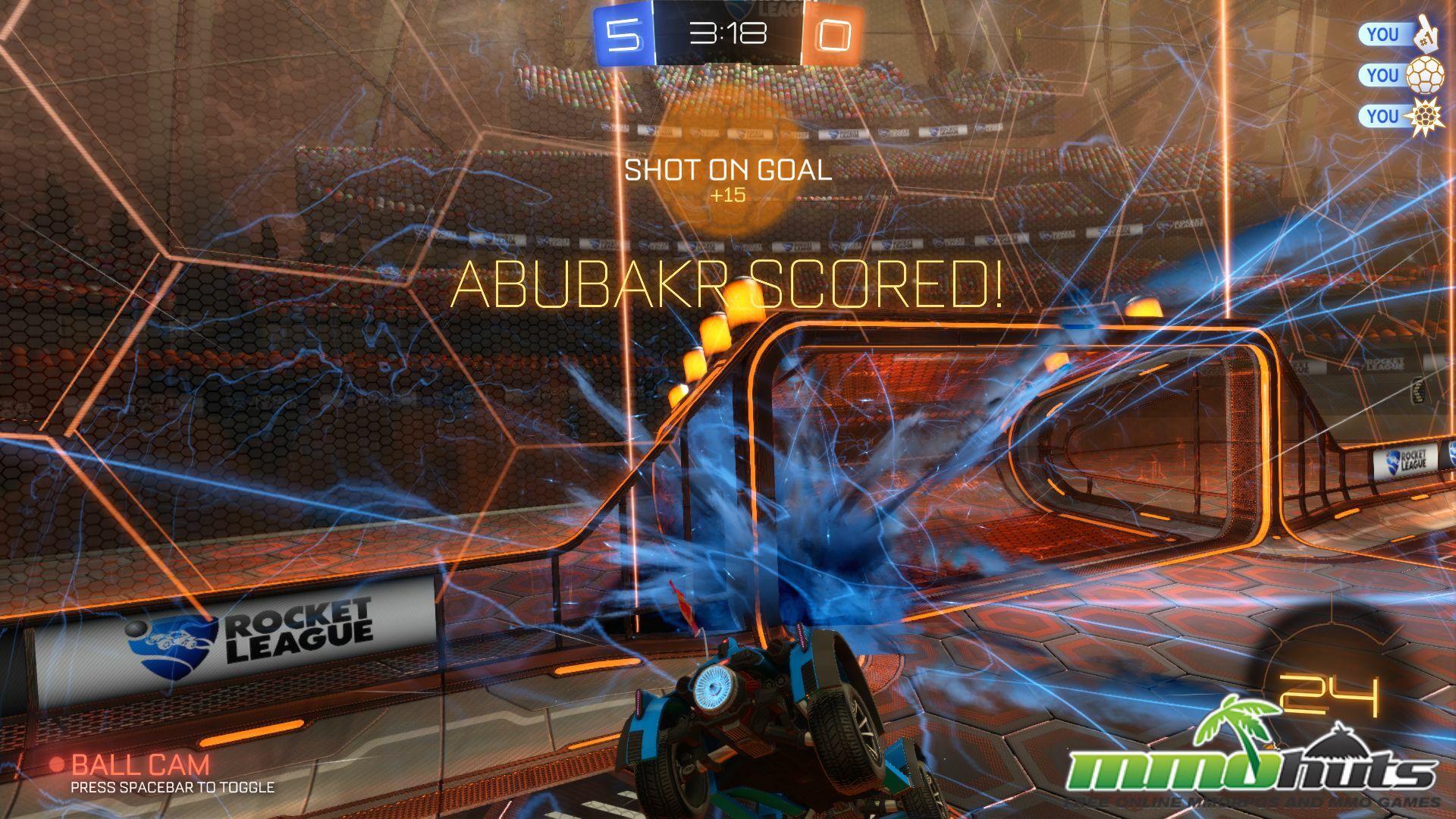 I love the goal scored effect.

The game is very easy to pick up and play. Both the controls and movement feel very natural and intuitive. It is the perfect game to go alongside your other party games, whether you are playing online or local. I was very glad to see the game supporting split screen even on PC; this is a feature too many developers leave out. It is even possible to play split screen across multiple monitors, however you will need to edit the resolution settings manually through the config files. With these features, I can see myself using Rocket League as one of the goto games when friends are over (alongside the Wii U, which in my opinion is the best option for party games).

While the game is very easy to pick up and play, the skill cap is very high. As mentioned above, the game leaves it up to the player’s creativity and skill to make plays and score goals. Every player is put on equal ground with equally powered rocket cars. These cars can reach insane speeds with their rocket boosts and can also (double) jump into flips. These flips act like your car’s ‘kick’ but can also be used to move around faster. You can even fly momentarily (boosting while in the air) and climb walls at high speeds. It will take you some time to get used to all the movement options available for players, but once you master these techniques, only your creativity and twitch skills will limit you. Games that are easy to pick up but still feature very high skill caps are some of my favourite types of games. New players will not be deterred by the game’s difficulty and experienced players always have something to work towards.

I was able to get multiple monitor split screen working by modifying the config files.

In order to keep the game fresh, there are multiple maps available for players. All of these maps are basically played the same way and only differ visually. Unlike a regular soccer field, the maps in Rocket League are not very large. It only takes a couple of seconds to boost from one end to the other. The small map sizes keep the games action packed and make it so that players can never take their eyes off the game. You can play 1v1, 2v2, 3v3, or even 4v4 on these maps. I personally prefer and recommend 2v2 as it keeps the game less chaotic and adds more teamwork and strategy compared to 1v1. I found myself playing 2v2 online (with 2 players split screen) most of the time.

If playing with friends or online is not your cup of tea, there are also bot matches and a season mode available. The season mode can be seen as the ‘campaign’ of Rocket League. Players can create their own team and play against other teams in a sports season. Stats for each team are recorded through the season and the best teams come out victorious. The settings for this season mode are configurable by the player. 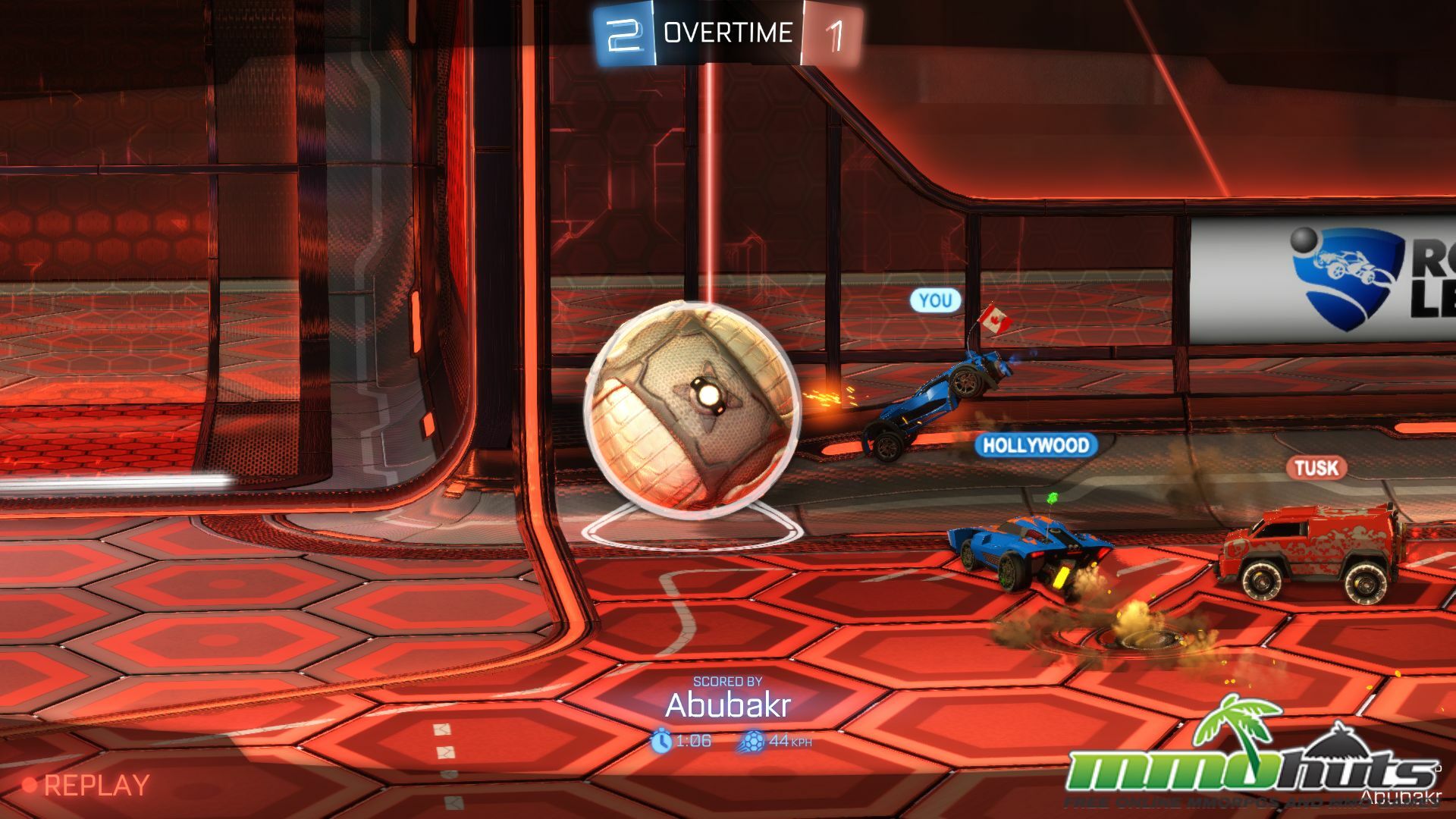 By either playing online or through the season mode, players can unlock many vehicle customizations such as custom bodies and rims. These customization options are not necessary for success as all players play on an equal ground, but it is always nice to have many cosmetic options. It is important to note that some cars do look bigger than others, but I have not done enough testing to determine if this affects the hitboxes. I personally love the custom boost smoke options; you can change between additional colours or even entirely different styles such as bubbles rather than smoke.

Conclusion: Excellent (5/5)
In conclusion, Rocket League is one of the best games I have played this year. It is always great to have another game to play on the side or with friends when you need to relax and cannot commit to the more hardcore and demanding games. I do not see myself spending hours upon hours playing Rocket League on a daily basis, but it will always be on my list of games to play when I need to get away from other games for a bit. 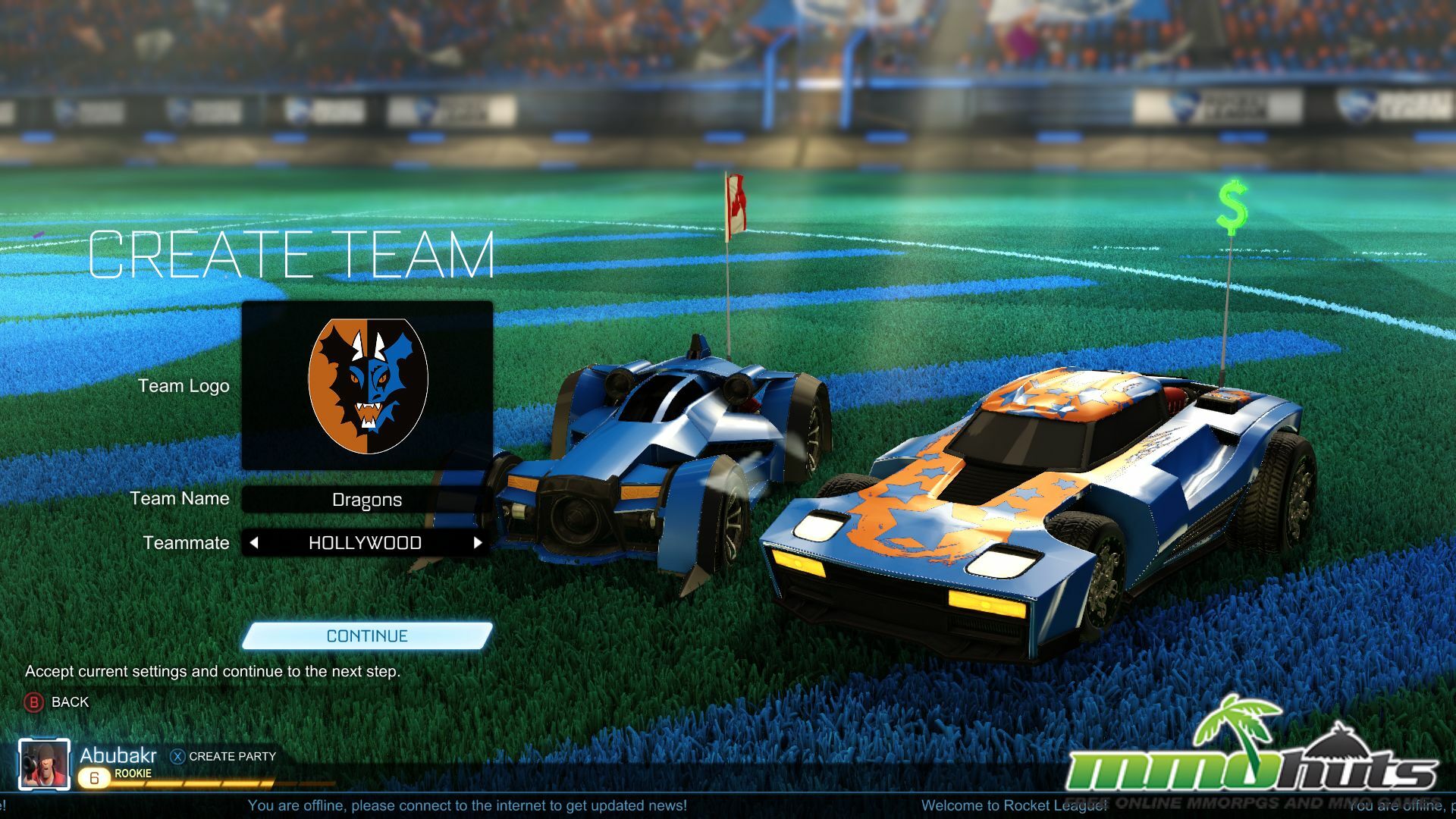 Create your own custom team in Season mode!

Rocket League has found huge success through word of mouth and popular streamers. Nowadays it is essential to get your game on the top Twitch streams. The devs at Psyonix understand this as they’re frequently seen playing alongside popular streamers to promote the game. It is no surprise that the game secured the number one spot on Steam’s top sellers list upon release.

The game is not very expensive on Steam and is a great investment for all gamers. I highly recommend trying out Rocket League. Now that we have Steam Refunds, you can always give it a go before committing to it. Great job Psyonix!

Graphics: 4/5
Rocket League has great graphics. The art style makes the game stand out and easy to play. The ball and the maps are well designed so that there is no confusion. The only issue I have is that there is some sharking in the game as seen in the screenshots.

Control: 5/5
The controls are easy to pick and very intuitive. They do not limit a player’s creativity and skill, you will never feel like you are not in control. Everything that happens in the game can easily be seen to be a result of your input.

Features: 5/5
Rocket League has everything you would expect from a game in its genre and more. You can play online, against AI, and even play through a season mode. There is also a replay and stats system available in the game.

Customization: 5/5
Customization is not really necessary for a game like Rocket League but Psyonix still offers this to players. You can change a lot about your vehicle but everything is only cosmetic. I was really pleased to see no advantages or disadvantages being given to players based on their cosmetic choices.

Community: 4/5
There are always players available to play with online and there is a large following of the game. In a fast paced game such as Rocket League, chatting is kept to a minimum and you only really communicate with your premade teammates through external programs. The online play is very smooth most of the time but there were some hiccups on launch. The developers are working on resolving these issues as soon as possible.