ROCCAT Signs Up Heroes of the Storm Team 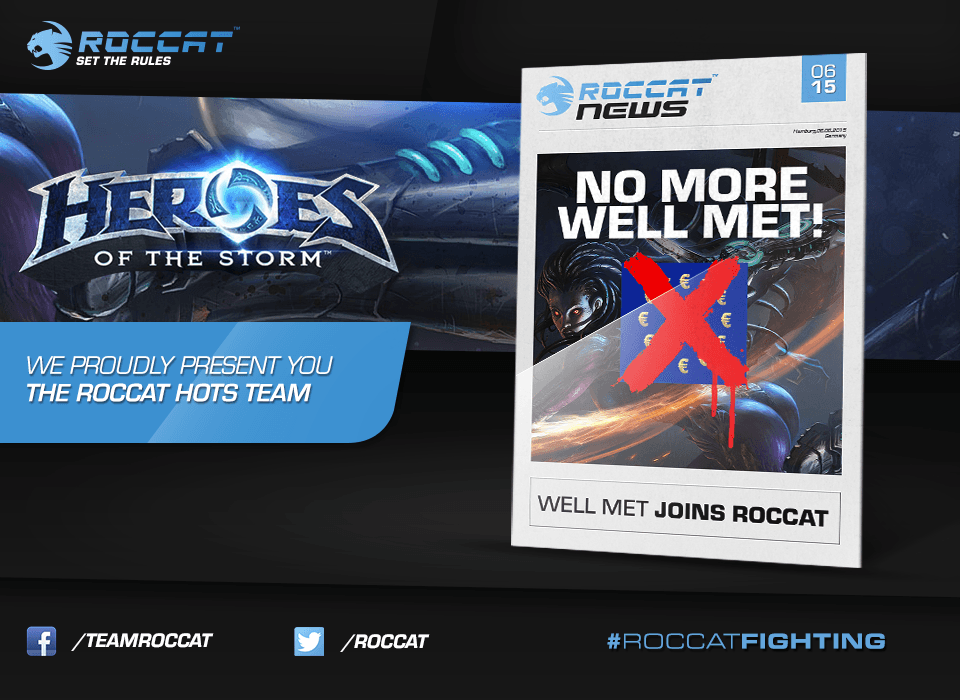 German peripheral manufacturer ROCCAT makes a commitment to Blizzard’s latest MOBA title, Heroes of the Storm, by signing up “WELL MET” as a sponsored team. The group boasts two well-known former StarCraft II pros in “Socke” and “HasuObs”, both from Germany. Together with their teammates ShadowmaRex (Germany), sportbilly (Croatia) and Survol_T (France), they managed to achieve a 70% win rate last month. The team is currently ranked #1 in the European ESL Major League Season.

Markus Frey, Head of Marketing at ROCCAT, on the acquisition: “We believe in the potential of Heroes of the Storm as an eSports title and we think this team has an especially good composition. Having two experienced players who know how to perform under pressure in tournaments and important games helps a lot”.

The new players will be part of Team ROCCAT alongside the League of Legends division and SCII veteran “HyuN”.

New Team ROCCAT player “HasuObs” comments: “This is a great opportunity for us. Having the support of ROCCAT lets us focus on the game 100% so we can constantly improve our gameplay and tactics. Also, on a competitive level, you require the best gear out there and ROCCAT certainly delivers – we can’t wait to have our fist talks with the engineers about upcoming products”.