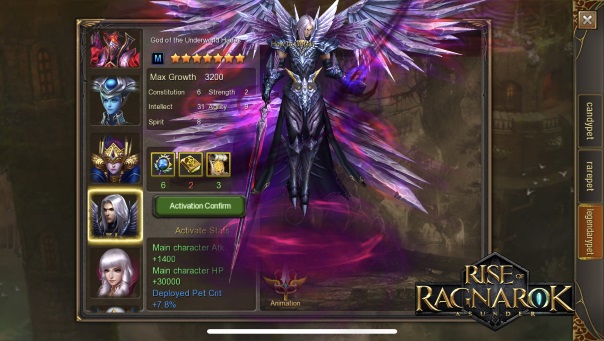 Rise of Ragnarok sees a massive new update today, which offers new features, zones, and game modes, which should be available tonight. The new battleground is a free-for-all for players to test their skill against one another in, and there will also be a cross-server battle royale battleground coming. That will offer prizes such as powerful enhancements and diamonds to the winners. The more the player slays, the more points they get, and in turn, the greater the prize they receive at the end. Iceland Ruins (lvl. 91-100) and Frozen Heart (105-115) are two new zones coming in this update, where players can level up, complete dailies and more.

Other than these two core additions, there are new legendary pets to collect, expanded pet skill slots (up to 10), a new blessing system to pursue, and an upgraded grail system with passive effects to boost players battle power and prepare them for the new zones and challenges. Through the store, players will also be able to buy a sex change stone for their characters if they would like a change of pace and don’t want to reroll a new character.