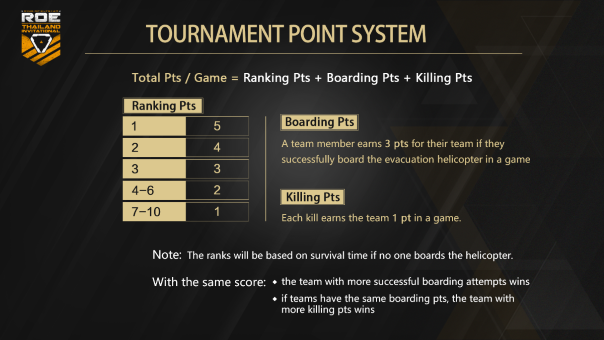 15 teams will duke it out from all over the world in Ring of Elysium at Garena World on April 7th. These international teams will begin the Ring of Elysium Thailand Invitational then, and there are some very interesting teams coming to this Invitational. Hydra Gaming, Impact Gaming, Noble Esports, No Rrcoil, Team Force, STellar Four, MDY, King and Zoo, with two more teams coming from Taipei and four from Thailand. The teams will be battling it out on the Europa Island map in a best of four with four TPP round and four FPP rounds. Each team will earn points during their matches comprised of ranking points, elimination points, and boarding points, with the highest scoring team claiming victory.