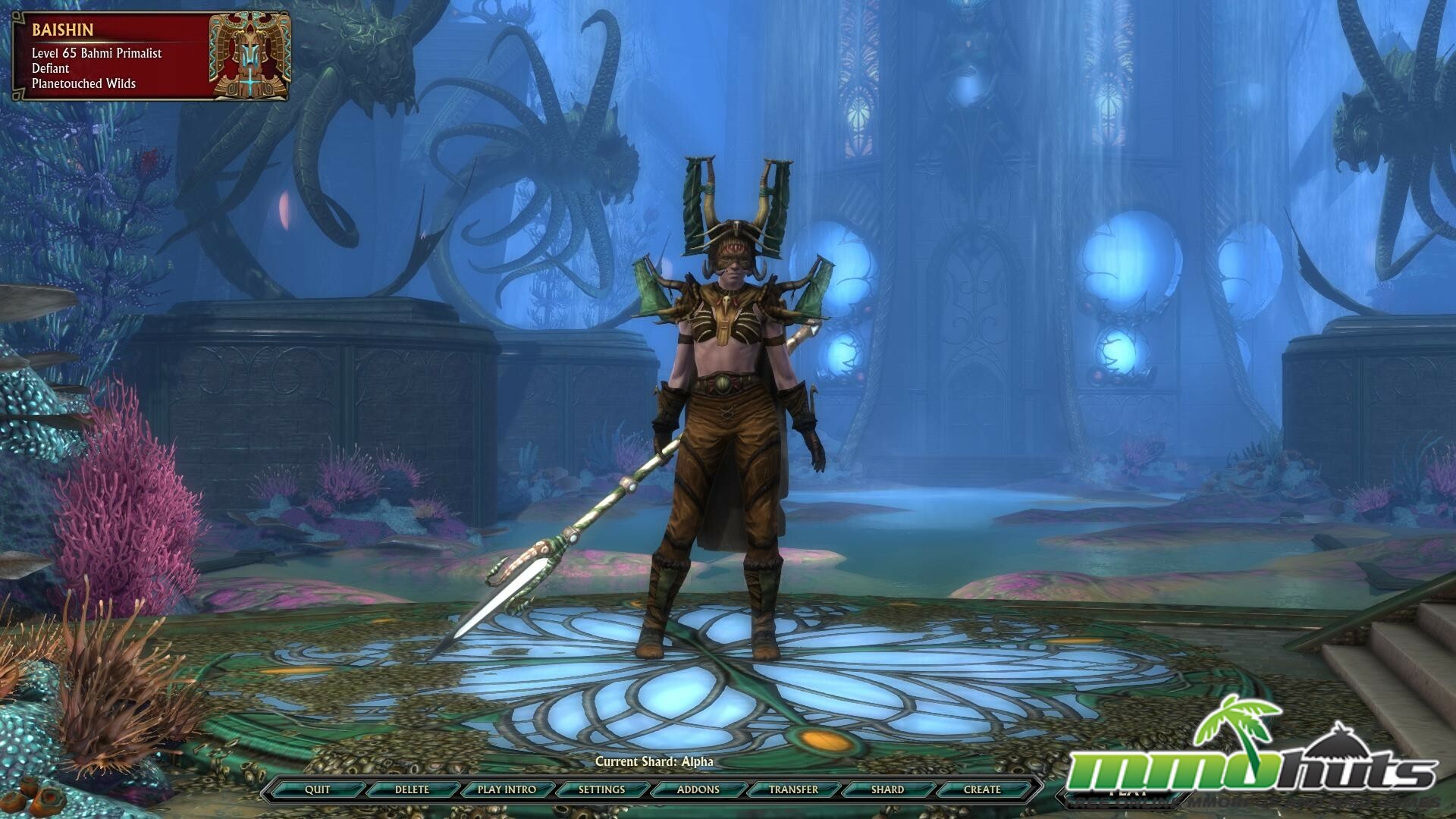 Recently I was invited to take a look at Rift’s upcoming 3.4 update, Into the Wilds. I was given a tour by Simon Ffinch, who introduced me to the Planetouched Wilds and the new Primalist calling. Along the way I was shown some of the new mobs, got to experience the wonders of the Wilds, and was able to glimpse the new stories to be told in this update. Honestly, this ‘update’ could be called an expansion. The amount of new content added into the game is superb and the quality is top-notch.

There are two major additions in this update. First is the introduction of the Planetouched Wilds. This is a new zone where the rules of reality seem to be iffy at best. Floating landmasses, giant rhino prints, and running into a six-eyed T-Rex are the norm. Of course, this new zone comes with all-new questlines, puzzles, and more. Also introduced is the Primalist calling, which calls on the primal aspects of the world to cover a wide variety of roles.

That’s not all, though. You’ll find a new dungeon to conquer with your friends. There’s also a new 25-man raid to participate in. And if you’re the type that prefers PVP over PVE, you’ll be happy to know that a new 15v15 Assault Warfront is available, too. There’s something for everyone in this game – those who love PVE progression, those who enjoy the challenge of PVP, artifact hunters and puzzle completers… You’ll not run out of things to do anytime soon in 3.4. 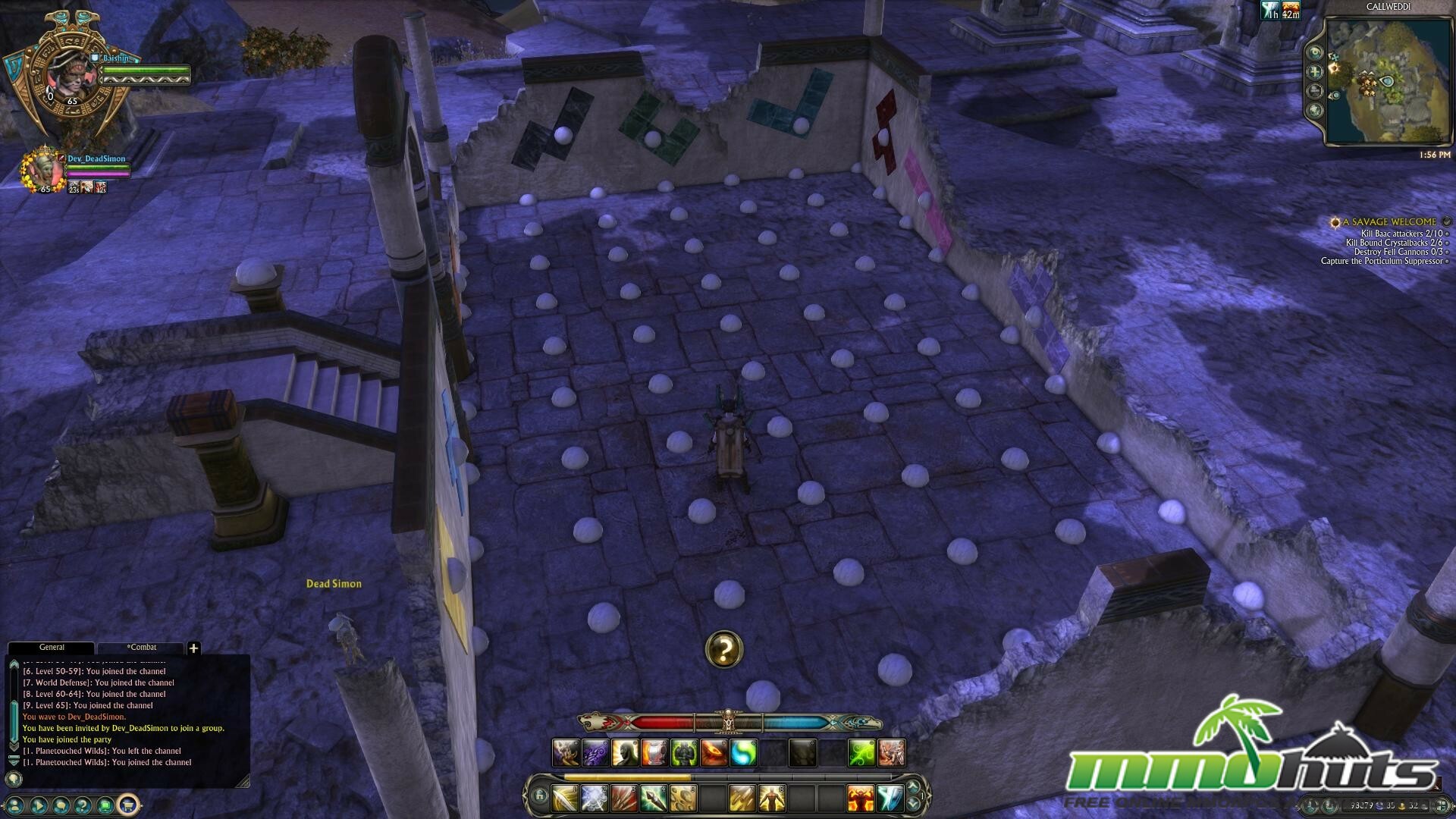 From combat to puzzles, update 3.4 has it all.

The Planetouched Wilds are an incredible new zone added to Rift in 3.4. This is the place where the Cosmic Rhinoceros has trampled the lands through the various planes, tearing the fabric of reality and sewing it back together in a patch-work manner. This is a zone that I imagine a great many people will instantly fall in love with. Rift is a game with no shortage of magical vistas and unique locations, but the Planetouched Wilds stands a bit higher than the average. From the ruins, to the fields, to the floating landmasses… It all comes together in a fantastic way that gives off a certain charm.

Of course, beautiful scenery is not the only thing you’ll find in the Wilds. You’ll also find all the things that come with a new zone: New mobs, new story-lines to follow, new puzzles to complete, and new artifacts to find. Lots of “new” to be found here. I’m usually not the type who enjoys completing puzzles in MMOs, but some of what can be found in the Wilds has me intrigued. For example, I was a shown a small floating village that you can only gain access to by completing a puzzle located below (among other tasks).

I don’t want to spoil the new quests for anyone, so I won’t go into much detail. There’s a few new personalities that you’ll run into. Such as Khar, Titan of the Wilds. The writing for these new characters is fantastic and you’ll find yourself loving or hating them (or maybe somewhere in-between). Part of this is because voice-acting has been included on a much larger scale than is usual for Rift. 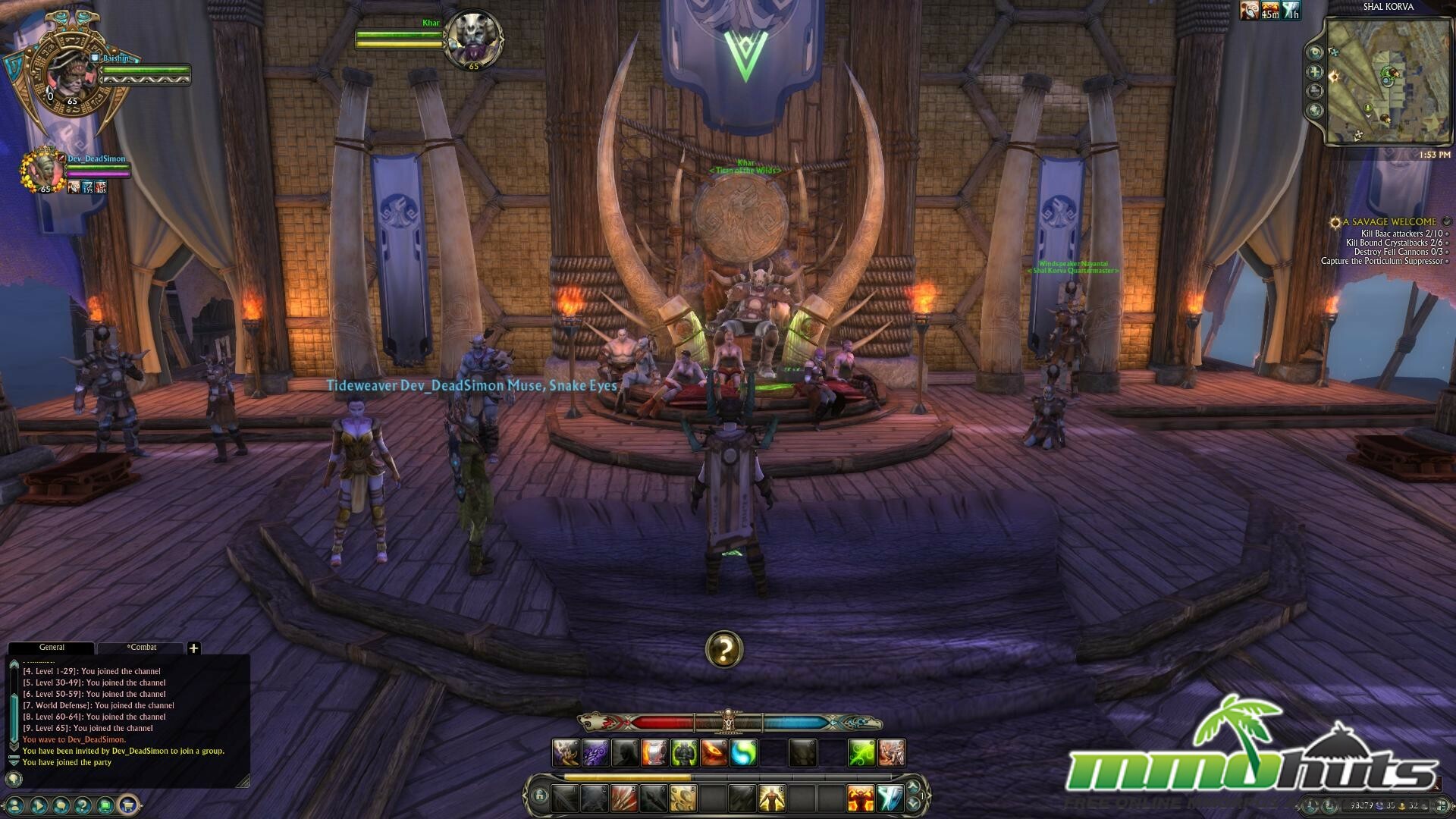 For those who are dedicated ‘Collection Hunters’ you’ll be glad to know that there are around eighty new collections to be completed. Of course, each of these collections will give you a reward for completion. This comes along with over six-thousand hand-placed artifacts. Some of these will be easy to find, but I imagine a decent number will give you a challenge. Rift seems to bring out the ‘achievement hunter’ in all of us, so this is a much welcomed addition to the game.

Primalist is the latest Calling to be found in Rift and it makes use of some interesting mechanics. Probably the most intriguing is the balance between Cunning and Fury. This takes shape within the game as a bar just above your hotbar that will, depending on what abilities you make use of, go back and forth between the Cunning side and the Fury side. Having your bar all the way towards Cunning may produce a different effect from an ability than if it had been more towards Fury. Or maybe you’ve been focusing on using one ability too often and it’s pushed your bar to the Fury side and now you want to make use of an ability that benefits from Cunning. This is a fun bit of juggling that needs to be done to get the most out of your Primalist, and I had a lot of fun with it. 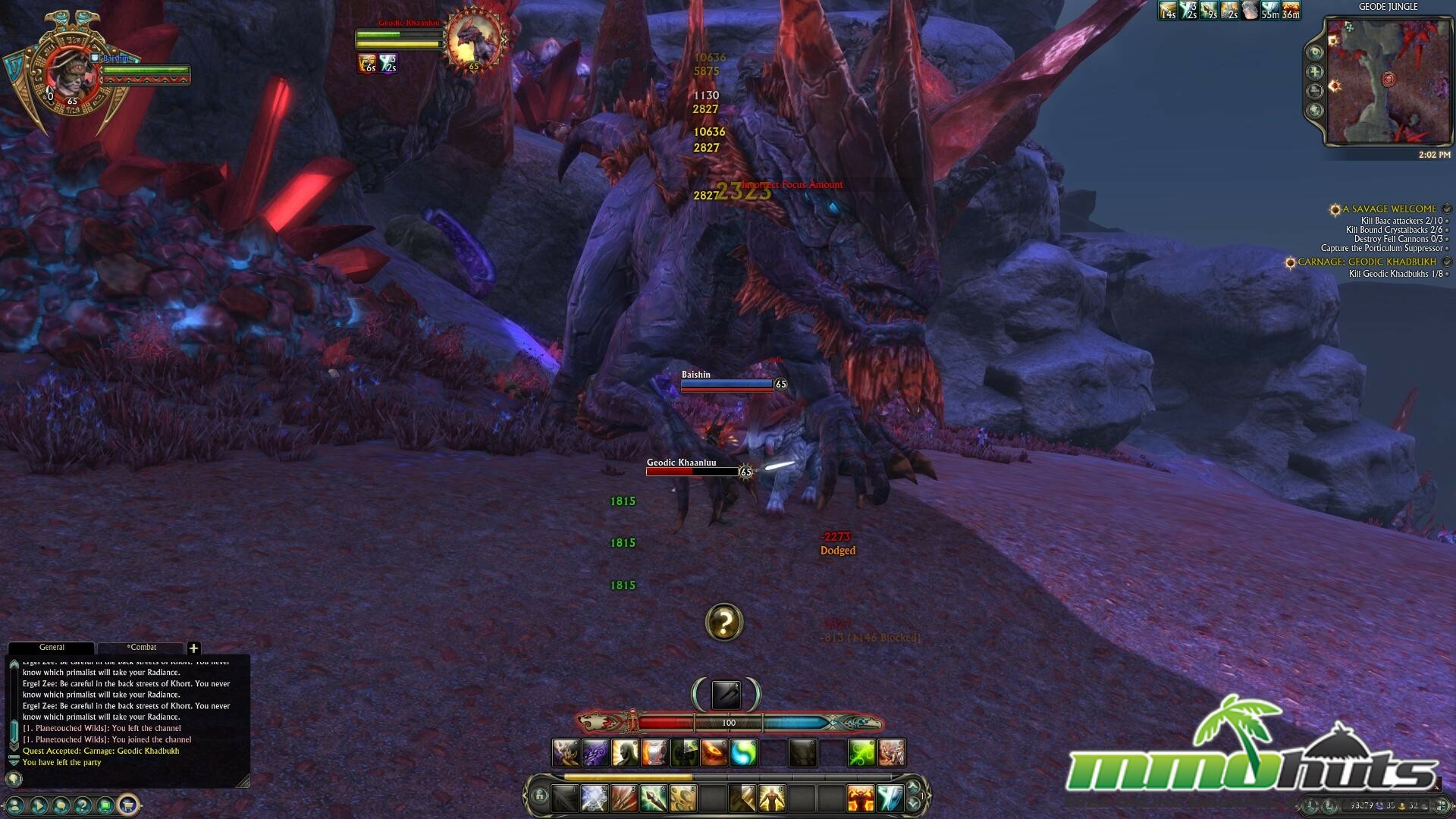 Balancing fury and cunning against a boss is going to take some practice.

The other big thing about the Primalist is your Spirit. You’ve got six choices, ranging from “Titan” which will lean you more towards the tanking style of play and the “Preserver” which will help you be a Healer. In general, these Spirits cover the various archetypes to be found, making the Primalist a very versatile calling. Which is important when you’re dealing with a place like the Planetouched Wilds. The Primalist was born out of necessity so that it could deal with the varying degrees of reality found in the Wilds.

Rift Update 3.4 “Into the Wilds” is a huge addition to the game. The Planetouched Wilds are a beautiful and mystical place, filled with wonder and adventure. Plus a heaping dose of artifacts and puzzles. Primalist is the perfect Calling to deal with this new land, able to fill a wide variety of roles. Whether you’re into PVE progression, PVP, collecting, puzzles, or just want to enjoy some interesting stories unfolding with some top-notch voice acting, 3.4 has it all. If you aren’t already playing Rift, you should be. Now is the perfect time to delve back into the game. If you’re already playing, well, this Journey Into the Wilds will help rekindle your fire for the game.

Keep it eye out as there’s some rumblings that we may even see a giveaway for the update later this week!