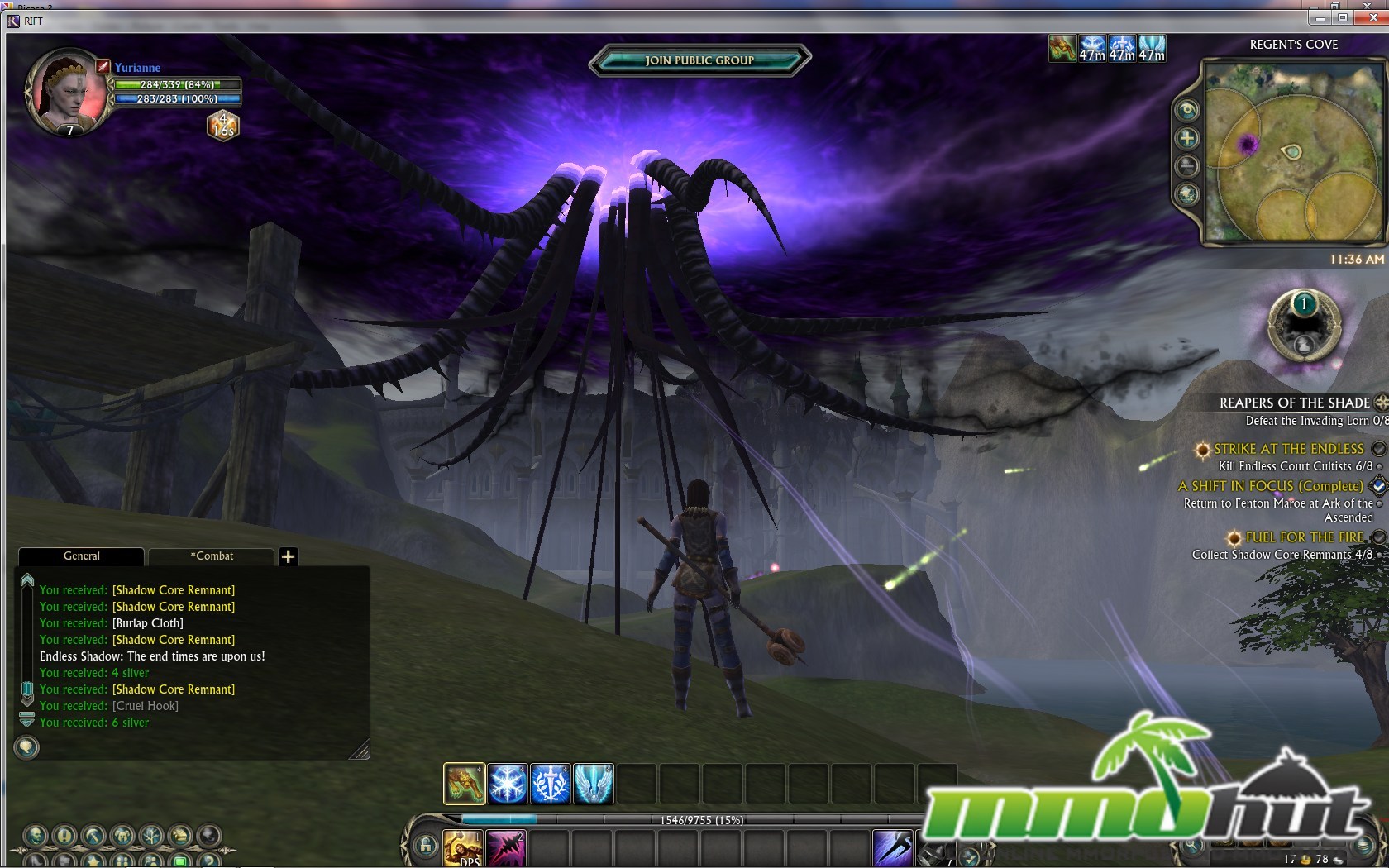 Rift, published by Trion Worlds, is a relative newcomer in the MMORPG genre, having launched on March 1, 2011. While fairly standard as far as MMORPGs go, there are a few unique twists the game brings that set it apart from its competitors like World of Warcraft and The Lord of the Rings Online. The game went free-to-play as of June 12, 2013.

A Hero is Made, Not Born

At your first glance of character creation, Rift appears to be more limited than most pay-to-play MMOs. Character creation consists of two factions, three races per faction, and four classes – warrior, rogue, cleric and mage. Character customization is fairly detailed, offering options for facial shape and features, markings, eye shape and color, hair style and color, and height, to name a few. It’s not hard to create a unique character. 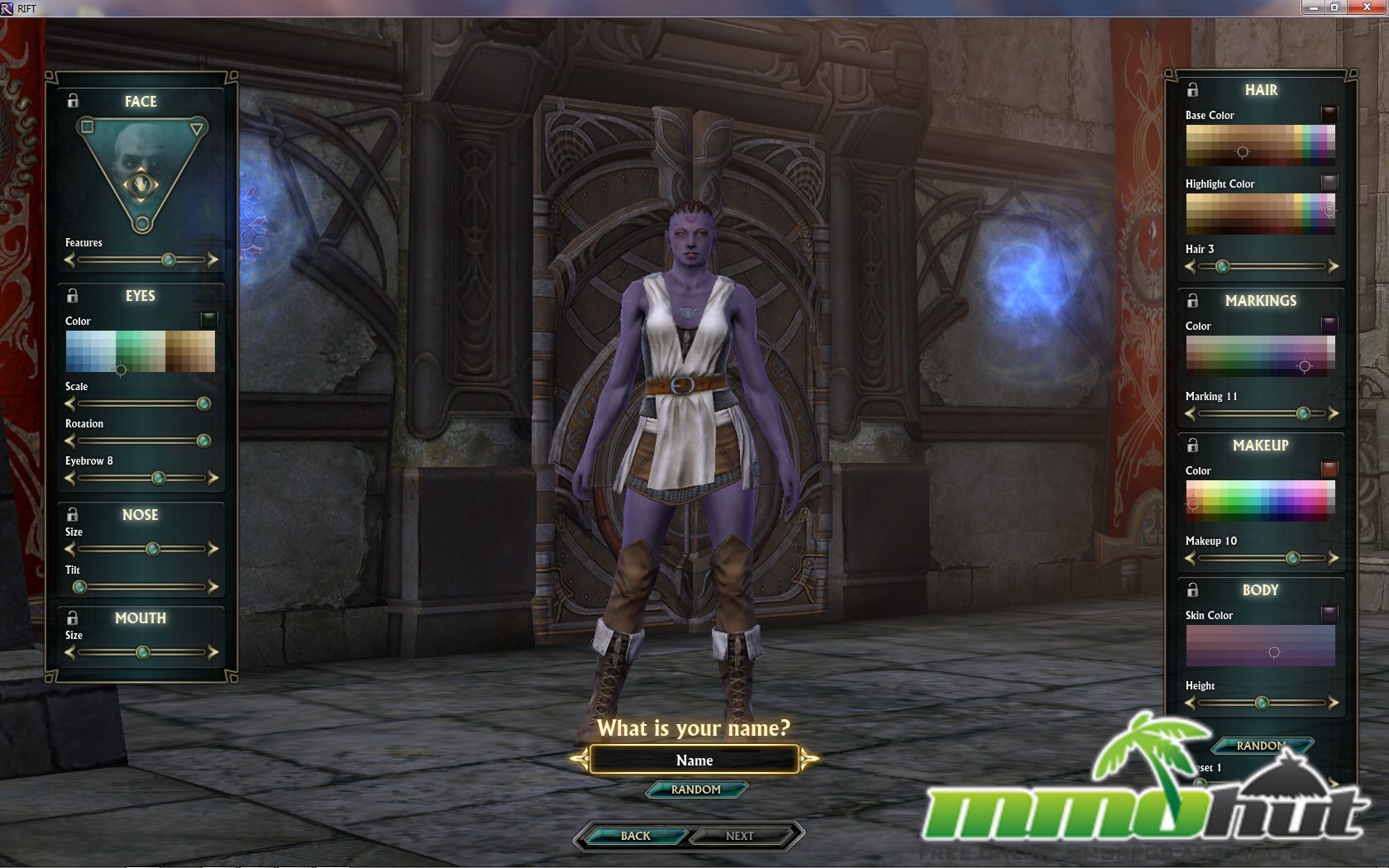 Once finished with character creation, you’ll be treated to a brief, faction-specific cinematic. When you’re in control of your character, you will see your first quest giver standing right in front of you. The reward from this first quest is not quite what you’d expect from a MMO, however: it’s the choice of a soul. Souls are comparable to talent trees in other games, but each class has nine available to allow full flexibility and customization.

After choosing a soul, a comprehensive tutorial area awaits you, which offers new players a great amount of information about the world and how to play the game. In fact, the tutorial tip pop-up boxes are fairly informative, rather than intrusive, and will help players with many of the game’s facets throughout the tutorial and beyond.

The soul system is unique in several ways. To start off with, all characters must go through the game’s tutorial and choose three souls. Rift makes an effort to suggest souls that offer synergy; for instance, the game will recommend complimentary tank souls to a player who chooses Paladin. Soul points, which are used to gain skills and abilities in each soul’s tree, are gained at a rate of one each level, plus an additional point every third level. Players can then spend their points in any of their soul trees to advance “branch” and “root” abilities.

However, you’re not limited to the first three souls you pick. Additional souls can be purchased at class trainers, and players can change them at any time for a small fee. This offers millions of possibilities on character development, especially as each class type offers several combat roles including tank, healer, and support. 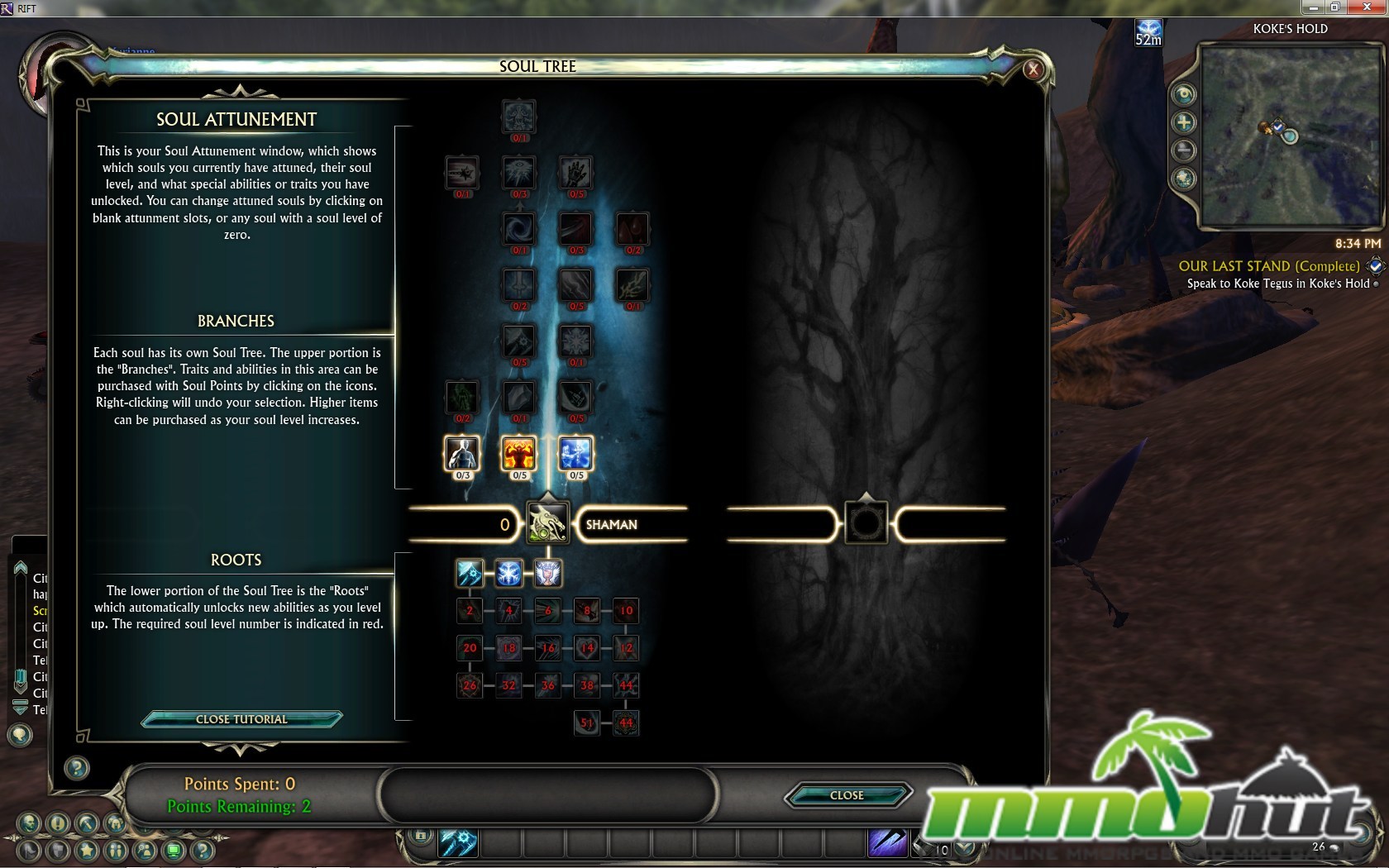 Carving Your Own Path

One thing that sets the Rift trial apart is the lack of restrictions: the only two restrictions on your experience in Rift is the seven-day trial period and a level cap of 15. In fact, you can keep playing the character until you’re just about to reach level 16, at which point it locks experience (but not the character itself). All the game’s other features are available: crafting, chatting, mounts, exploration, PvP, and achievements are all fully accessible.

Invaders from Another World

Trial players are also able to participate in the game’s defining feature: rifts and invasions. Rifts are tears into the reality of the world from the elemental planes, and offer different challenges in stages to overcome and seal the rift. Invasions are similar to rifts, but on a larger scale: invasion forces attack key outposts across the zone, and will not cease until players defeat them and their commander. Both of these events are triggered based on several factors, including zone population, and both offer special tokens that can be exchanged for rewards. While they can sometimes be frustrating (particularly when an invasion takes over a quest hub), they are normally non-intrusive to play.

The class system alone sets Rift above its competitors. While there are some balance issues with certain classes and souls, the developers do pay close attention to them and make constant effort to fix standing issues.