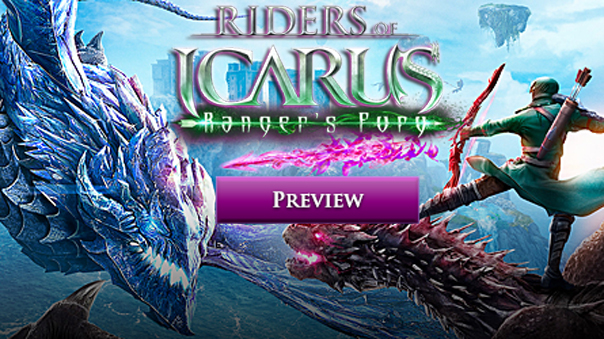 An MMO is only as good as the content it provides. Or, more accurately, the content they keep providing. Riders of Icarus is no exception; their all-new Ranger’s Fury update drops live today, December 15. In fact, it doesn’t seem like terribly long ago since I covered their Rift of the Damned update! With solid, large updates like these, it’s no wonder the game has gained the following it has. What can you expect from this update, though? A good question, and one I’m prepared to answer for you all. 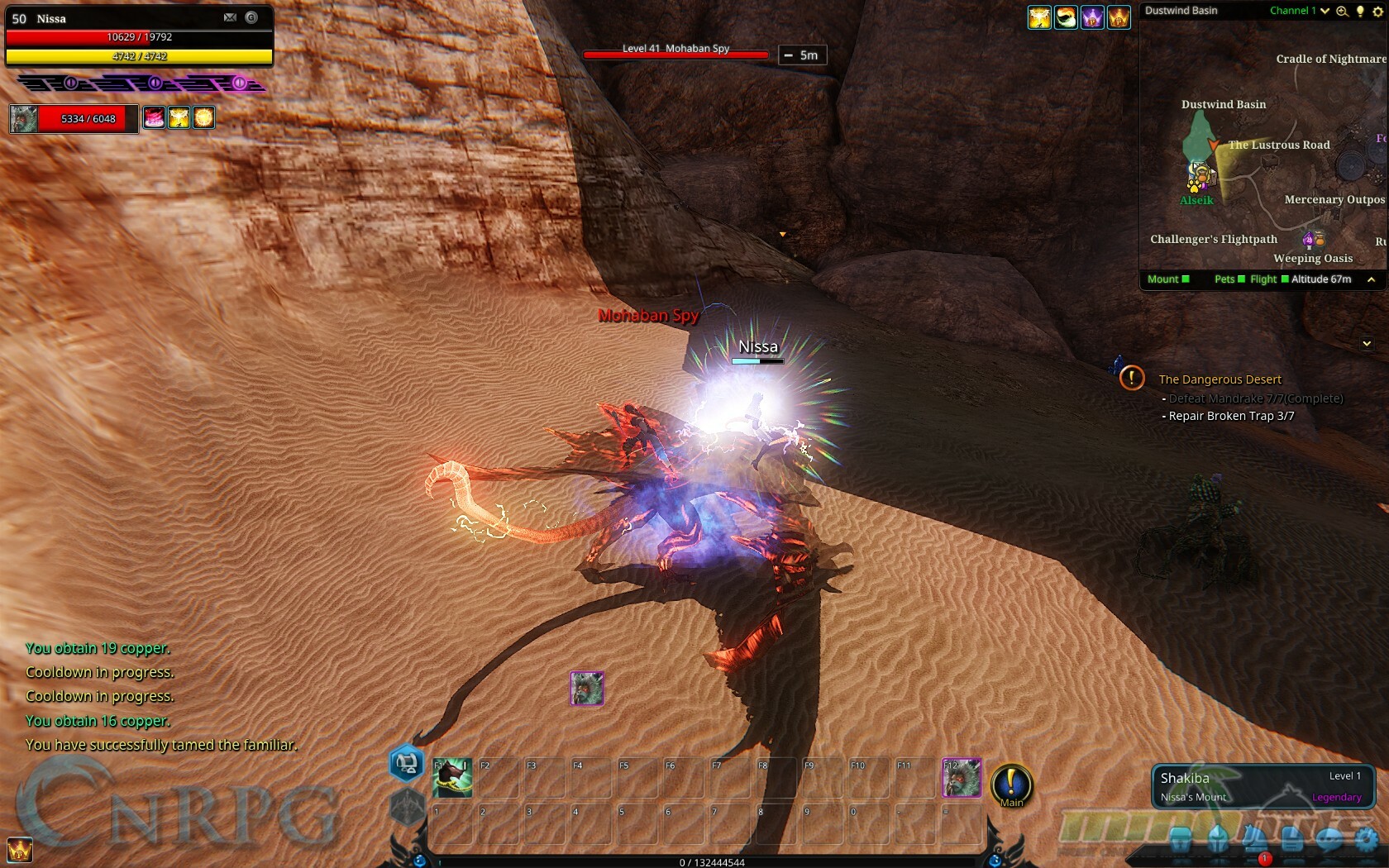 The rangers bring some flashy moves.

First up, the primary focus of this update, the Ranger. The Ranger is a brand new class for Riders (at least the global version), and it’s quite a bit different than the other classes I’ve played. First of all, the ranger uses two different weapons, switching between bow and vambrace for most of their skills. They also have a very high number of combo skills, some of which it seems can combo into other combo skills. Playing even the limited amount I did, I could tell the skill required to truly master the class was a bit more than the other classes in the game. This should definitely appeal to the truly devoted and perhaps, dare I say, hardcore players out there.

The reason for this elevated skill level is simple: stance dancing. Rangers have the bow stance and vambrace stance, and skills change substantially between the two. Knowing when to change to suit your needs will be an adaptive challenge that some may not care for. While I admit I was a bit overwhelmed trying to learn everything (the ranger I had was max level already), starting from the bottom and working your way up is likely going to be the best way to learn this class. 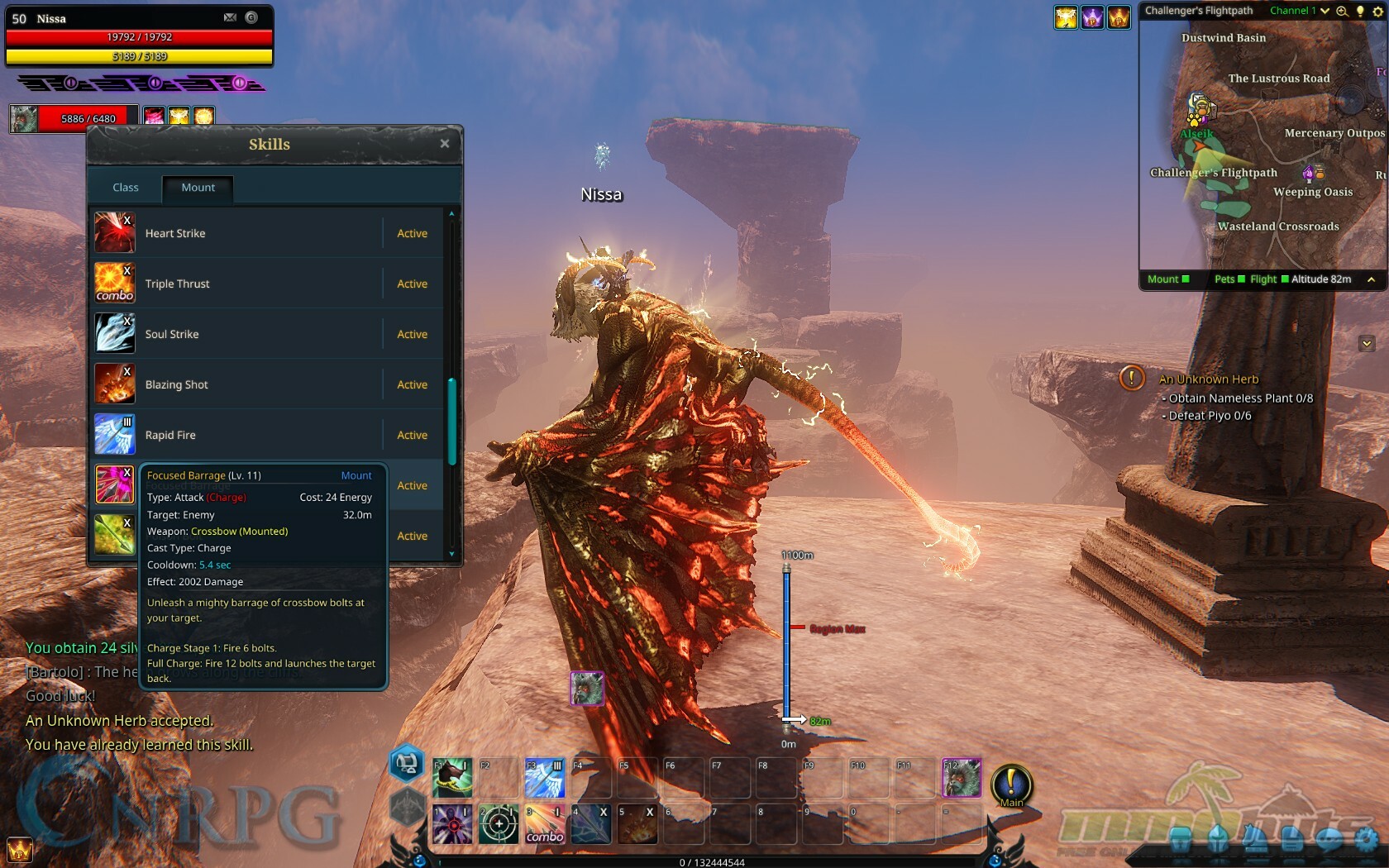 This is not an easy class to pick up right at max level.

Speaking of max level, this update has increased it to 50! There is also a brand new zone to explore: The Cloying Wastes. This extreme desert area has quite a lot to see and do despite the arid environment. Players will set out from the hub city of Alseik to discover the foul plots afoot from two different factions. Obviously, with new quests and an increased level cap, brand new gear is also waiting for you to collect! And while I didn’t have the opportunity to try them out, two new dungeons will also be available. Temple of Sands will pit you against the Khabim Brotherhood in an attempt to wrest control of the place from them. The Fortress of Sorrows is the other one, and it features a climactic fight against the forces of the Fallen Legion.

Of course, like I pointed out in my Rift of the Damned preview, no new area is complete without brand new monsters to tame and befriend. Perhaps the most striking of these new creatures is Shakiba, an electric, golden monkey-bat-thing. It’s incredibly large and in charge (hah hah get it? Charge? Electric? Okay, I’ll stop …) and one of the more striking models I’ve seen in the game. 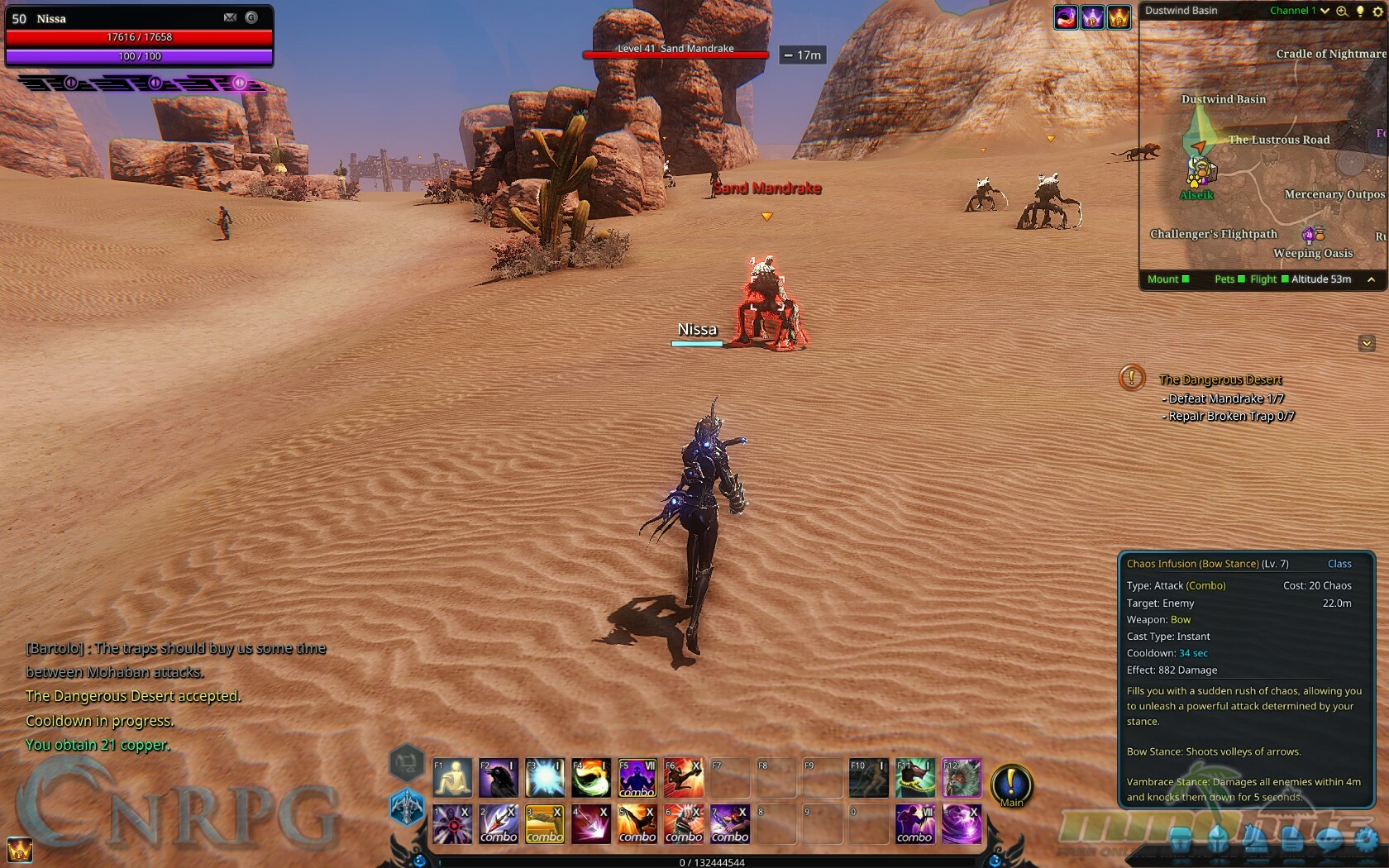 The new regions have a great feel to them.

Overall, with the content that Riders of Icarus is putting out, players will have plenty to do for a long time to come. There’s plenty to do for players of any playstyle as always, from familiar collecting, to questing, to dungeoneering and anywhere in between. Like I said, a brand new class is nothing to sneeze at either! Again, Ranger’s Fury goes live today so get ready to string up your bows and brave the sands!