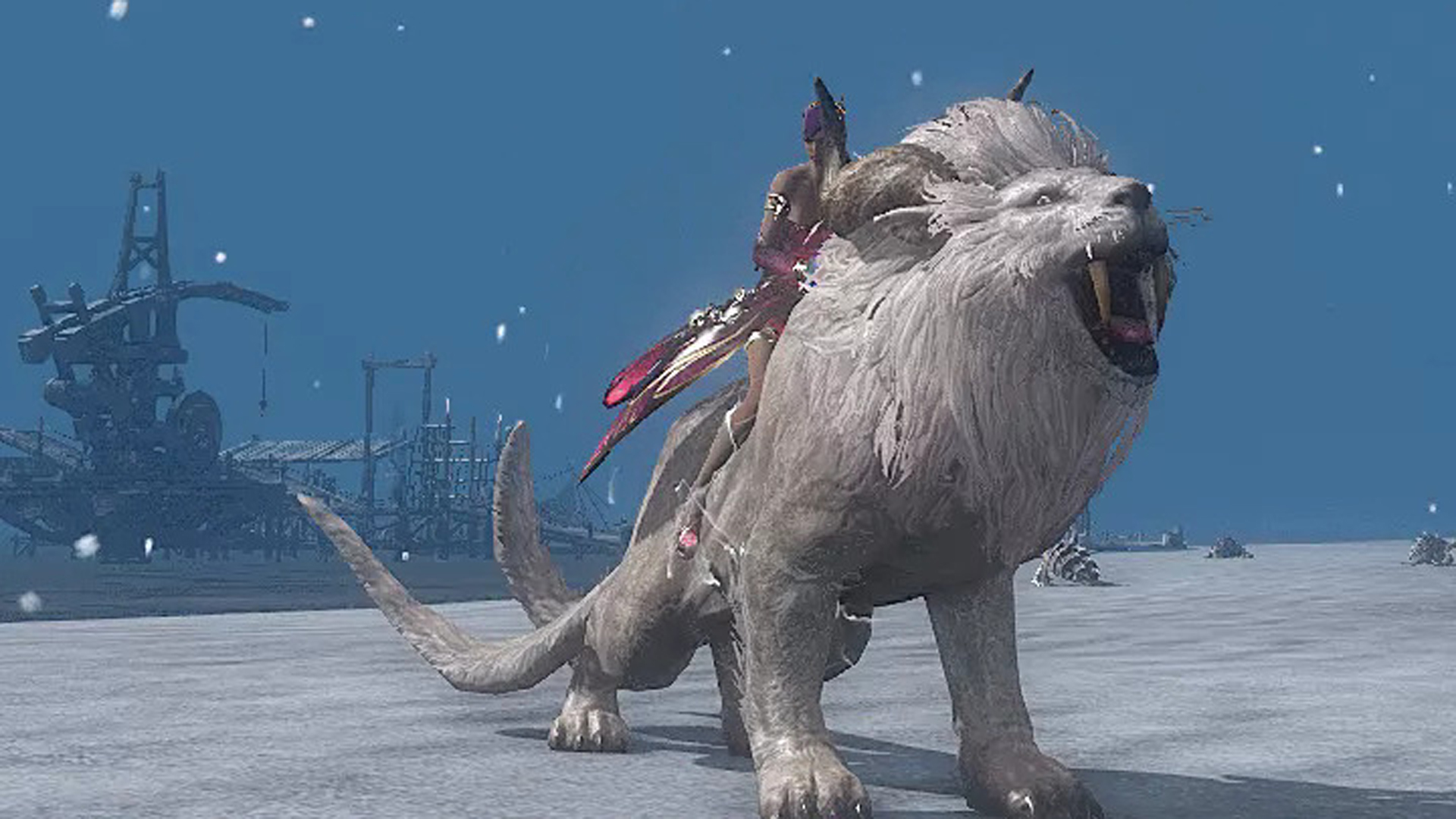 After testing out the game in closed beta, Nexon hooked us up with a preview of their ten favorite ground mounts in Riders of Icarus, the newest monster capture focused fantasy MMORPG hitting the free to play market! Join us on this journey of some of the prettiest mounts out there!

From Keadin’s “The Great Horses”

Black Wind was one of many magnificent horses that rode in Gastra’s war a hundred years ago. When his rider fell in battle, they say the horse kept fighting until his own death.

Khabimists resurrected the beast with foul magic and bound him to Carleon Manor. Despite this, the steed might be swayed if he thought his old master had returned as well. With a convincing copy of his pedigree and a great deal of courage, he could be brought to heel.

From “Brakarr Forest: A Traveler’s Guide”

Brakarr’s chieftain won his seat through the might of his mount, Cold-Tusk.

For the enterprising rider, this presents an interesting opportunity. Cold-Tusk is an unusual boar with an innate affinity for ice magic. The braghin hierarchy is largely determined by feats of daring and domination, and the chieftain’s victory over Cold-Tusk was his crowning achievement.

Younger braghins will often challenge their superiors to ritual combat. Those who succeed may claim the loser’s mount for their own. Should a human best the chieftain and claim Cold-Tusk, reason dictates that Cold-Tusk would be theirs by braghin tribal law.

Logash is, without a doubt, the most unique reindeer to be found in the ruins. Ominous tendrils of dark energy radiate from his body, setting him apart from the other ambermanes who graze nearby.

This energy acts as a lure, drawing his unwitting victims into his goring antlers. Logash has a taste for glowing sageweed. Of course, even if with the grass on hand, I’m wary of approaching him. The beast has a foul temper.

From “The Highlands of Hakanas”

Few of the beasts in the highlands can match Trutan for sheer size or tenacity. This king of the forest should be approached with care.

Countless riders have tried to tame Trutan with no success. In fact, the only known man to have claimed the bear’s trust is King Ronfraine III himself! The king claims he fell from a steep cliff and accidentally landed on Trutan’s back. He rode the bear for an entire day before it finally let him go.

Leorid ruled the lands around Matren for centuries. It was a not until the town was invaded by the great yeti Sinthan that his rule was challenged. Against their dark magic, Leorid was nothing more than a helpless animal, forced to flee for survival.

Leorid disappeared into the wilds, no longer a king among beasts. Now he wanders, aimless and cruel, still searching for glory. The only time this researcher has seen him pacified was when the dark mage Zepello appeared with a brilliant crystal. Whatever magic the crystal held, it could prove key to taming the wandering king.

From “Initiation into the Baba Order” The great one-eyed bull known as Hoonbaba is the true god of our people. The great christening in the dark of the Dawnbreak Woods binds us to him. Those who would approach the great bull god must first gain a scroll to ward against his dark energies, which we give to all who join our order. Those seeking membership are encouraged to seek out Brother Hecterson in Kellwoods.

No record of existence found!

From “Brakarr Forest: A Traveler’s Guide”

A dark magic lurks in parts of Brakarr Forest and the great spider Taslan is proof.

And yet, in spite of these warnings, Taslan shows the potential to be a hardy mount. The spiders of Brakarr are enormous, dangerous, and best avoided entirely, and Taslan is the most dangerous. Some travelers have reported seeing figures in black interacting with her — vile Khabimists, most likely.

Given the Khabimists’ ability to walk among Taslan and her brood, it is speculated that their magic can tame the savage beast. An adventurer who obtained one of their Shadowbind Tomes might even make her their familiar.

No record of existence found!

From an Onyx Order report
The Khabim Brotherhood’s latest creation is a monster called Garme. The beast always travels in the company of a young girl named Daveen. She commands Khabimist magic, and I suspect that she herself may be a homunculus made of that same magic.

Garme displays absolute loyalty to her. It seems to believe it is her ‘pet.’

However, I’ve smelled a strange perfume-like substance in locations where Daveen and Garme have been. If we could take the fragrance from Daveen and use it on a weakened Garme, we might be able to charm the monster into joining us.