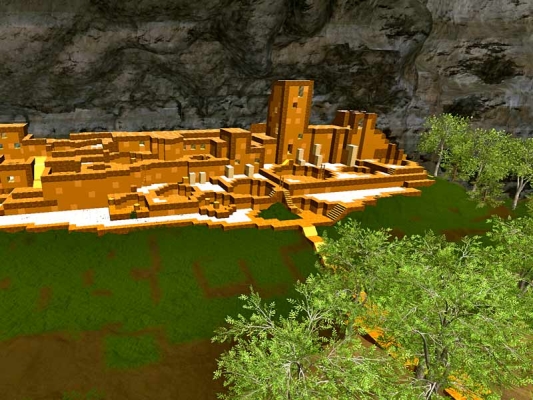 MyDream’s has already reached its KickStarter funding target, but now has its sights set on the first stretch goal: “Survival Mode” which brings in MyDream’s RPG element. It draws inspiration from Ultima Online with its early sandbox gameplay, as well as Ultima 6, Minecraft and Myst.

“Players can expect the unexpected. Adventures and questing from point to point in a realistic world 100km wide.“, said Allison Huynh, CEO of MyDream Interactive. “There will be simple, fun combat with monsters that have the dynamic friend/foe dichotomy. Enemies could be turned to friends, with the proper skills and character development.”

Working closely with their community the developers go regularly in-game and play together for feedback. As well as operating a realtime Q&A session during the weekly Twitch stream that runs every Thurdays 3-5pm PDT at twitch.tv/slumpcity

MyDream Interactive believe strongly that the player community will shape the direction of the game’s future. Having delivered the creativity platform they are now making the traditional game play and character development via the RPG elements.