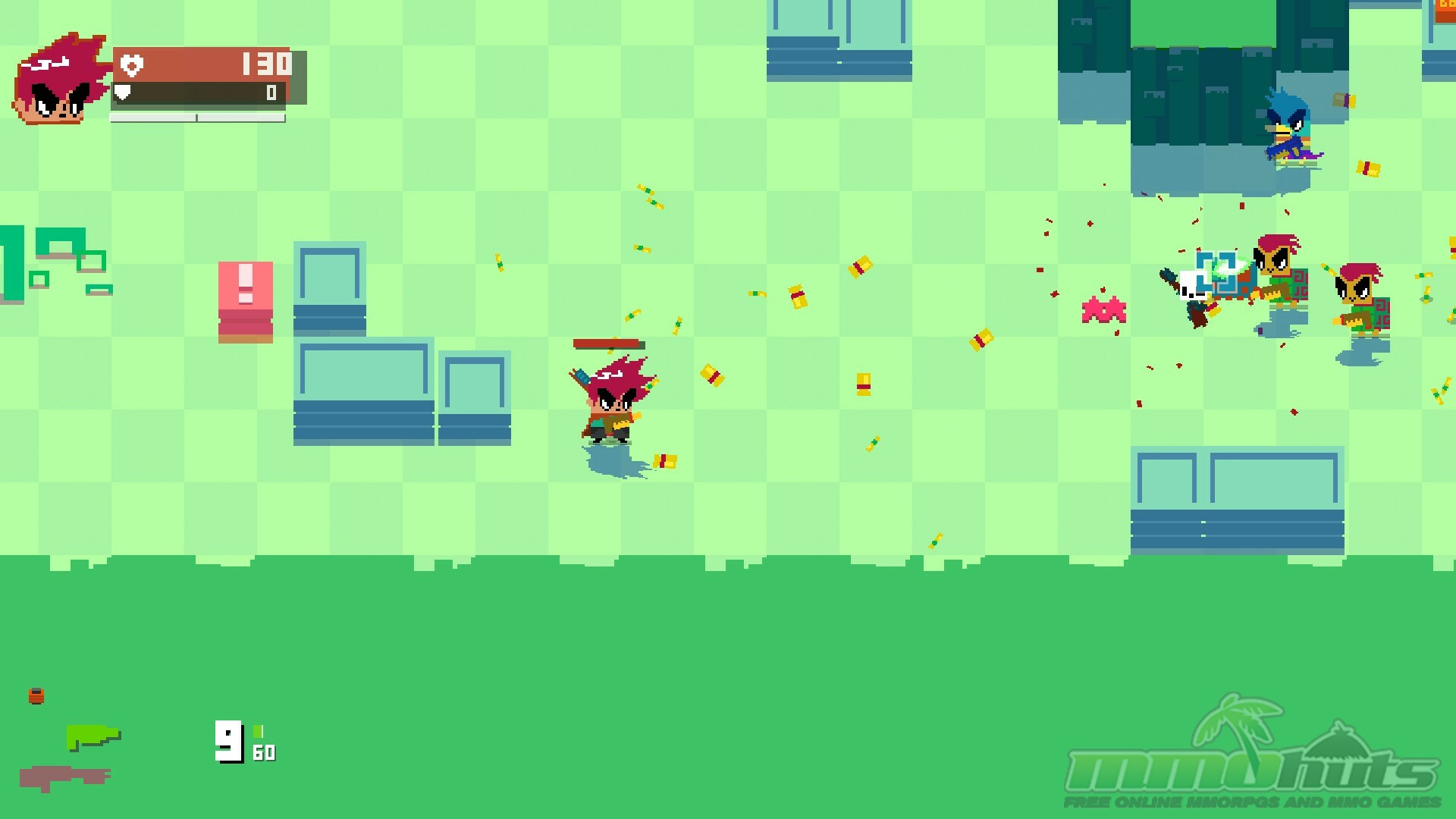 If you like 100% FREE games then do not stop reading because lately I have been having a blast in a game where you shoot evil space ducks, and also get rid of those pesky evil turtles. Available for FREE on steam is Relics Hunter Zero and this game is, simply put, an imaginative explosion. Together with several characters you will fly through the levels clearing stages of evil ducks and other devious creatures so vile, they can’t even stand being around each other! In this colorful action game you will have to survive, scavenging for ammunition and guns to overcome the dangers you will face in each progressively more challenging stage.

There aren’t many games that can be simple, yet deliver this exciting and really enjoyable gameplay experience that Relics Hunter Zero achieves. Right off the bat you are thrown into the first stage with the character of your choice. At first you are only able to play with two different characters. The first is Jimmy, a boy with a scarf that is ready to face anything with his balanced skill set for guns and melee. The second character is Pinky, a girl that likes to beat things up. With her huge fists she will smash anything in her path including obstacles you are able to hide behind. 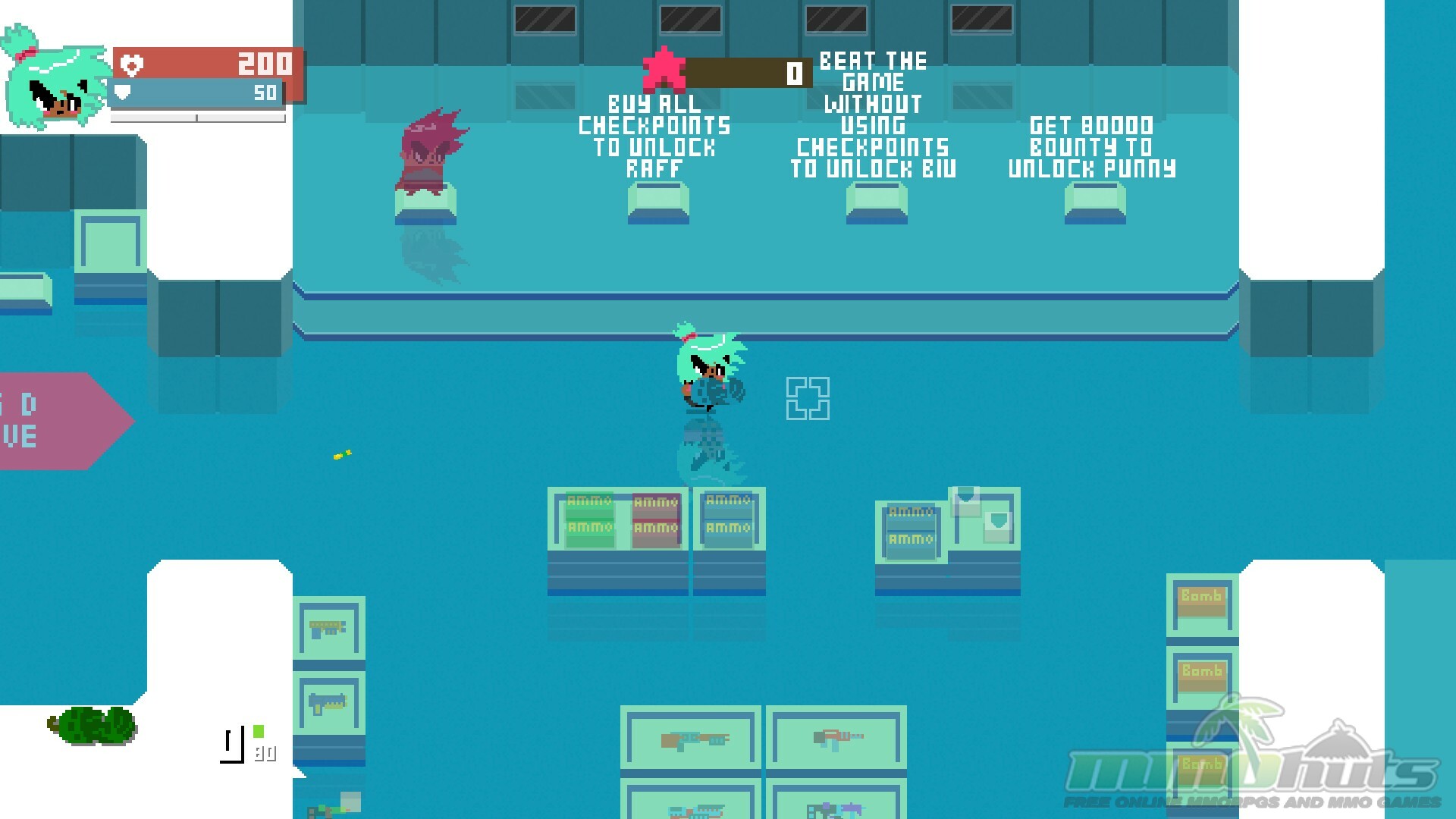 Everything stays simple, letting you focus on only the fun parts.

Making your way through each stage starts out easy, but eventually you will run into some problems. The enemies get stronger real quick, and you will have to carefully approach each fight with your utilities. One thing I easily forgot in the heat of the moment. A well placed grenade can make a difference, and hiding behind the obstacles while reloading is also encouraged. The game is made with one focus: to make it a challenge, and what a challenge it is. In the Adventure Mode that also currently is the only available game mode right now you will find 12 levels. Each one of these levels is a real challenge with multiple different stages. When you die, you start all over again, but the points you keep. And with these points you can unlock different stages so you do not repeatedly have to go through the same levels again.

These arcade type of games remind me the most of back in the days when I was playing my NES and you have to fight through each single level to become better at the game and eventually progress further into completing the adventure. Just like back then you will also be able to do this with a friend. Co-op mode lets you invite a friend to experience this joyful experience. And to complete this nostalgic experience for me, was the amazing soundtrack of the game. It also isn’t really a surprise that this game has received an overwhelmingly positive explosion of reviews on Steam, as I’ve yet to talk to someone that tried it and wasn’t amazed. 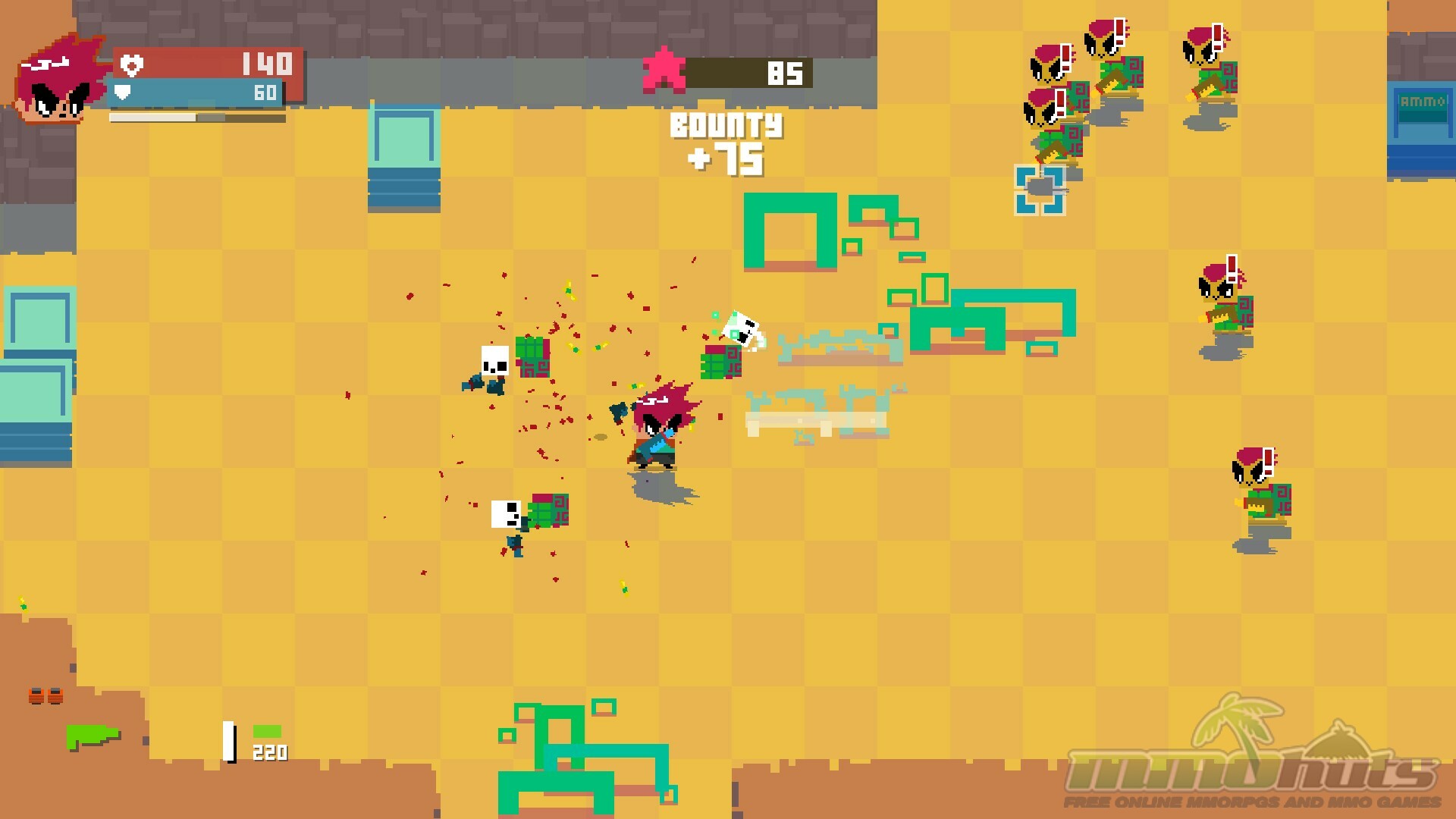 Difficulty ramps up quickly. Learn tricks of the trade or die.

When you first start playing you are not only new, you are inexperienced. Relics Hunter Zero is one of those games where you need experience in order to progress; the real kind of experience. I’m talking about you personally need to train your fingers and brain to gain the reactions needed to narrowly dodge death at every turn. Once you get a knack for survival, you might be lucky enough to stumble upon Relics. These relics also have three parts, and are really useful for unlocking the best of the things in-game.

Going through each single stage you find out that the enemies get smarter and way stronger than the previous stage. Unless you prefer getting bloodied by bringing your fists to a monster fight, you’d best learn to conserve ammo and make every shot fired count. Ammo is scarce, and cover becomes scarcer as your firefight blows the stage to hell. Slowly you will progress, find better weapons, find the right ammo and slowly become stronger so you can advance through the stages quicker and easier. You will also earn characters with achievements and objectives. I found myself trying to beat my progression each time I started playing the game. I tried to develop myself to become smarter, to use as little ammo as it was possible since you run out of ammo fairly quickly, and since there are several types of weapons and ammunition you have to switch around a lot and take the right gun to the right fight. 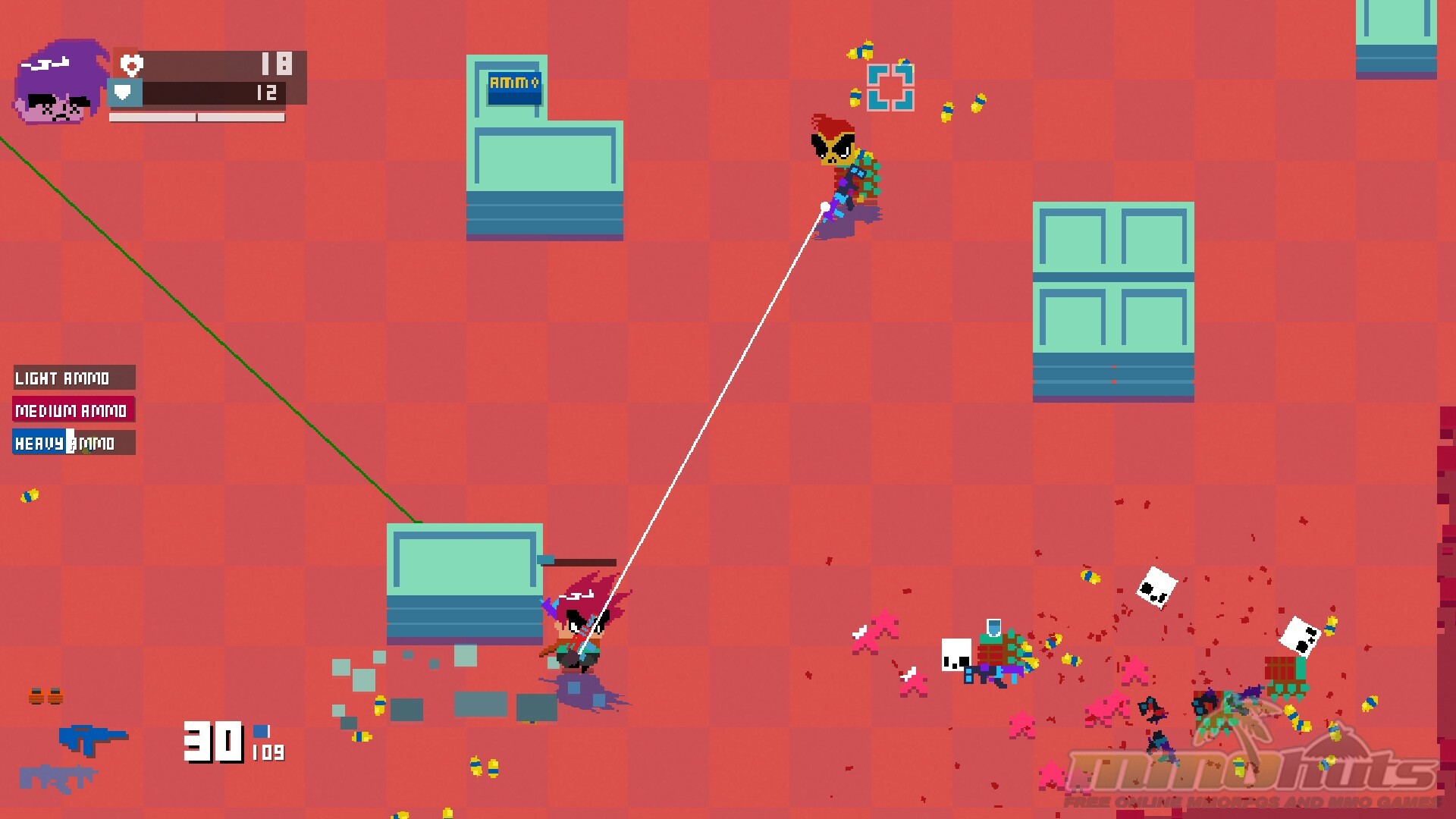 Using cover and conserving ammo by making every shot count is the mark of a pro. And easier said than done.

I can understand why this game isn’t necessarily for everyone. For myself this game brings back a lot of nostalgia for when games had this type of style. Back when gaming wasn’t so mainstream, it wasn’t unusual to play games without a save function. Here there was no continuing from checkpoints or sitting down for a quick firefight during commercials. You were going in dedicated to spending the next hour + of your life to test your skills. I can’t remember how many times I must’ve seen the first level in any game back then, but you simply didn’t care. You wanted to show yourself that you learned something from previous failures to make it just a bit further this time around. Relics Hunter Zero has perfected this old school model, and I wish more games were like this.

As you can see I am a big fan of this game, and so are many others. I don’t say it a lot, especially since the Dutch are known for not being willing to spend a penny on anything. But if this game would’ve cost money, I would have bought it straight away knowing it would be this fun. I am amazed to see that a game of this quality, giving you this type of experience that essentially was the foundation of games today is simply free to play. It really is an astonishment that the industry got this far. If you enjoy playing games, than this game should be higher on your bucket list than the likes of Half Life 3. And my lord, what an amazing soundtrack.