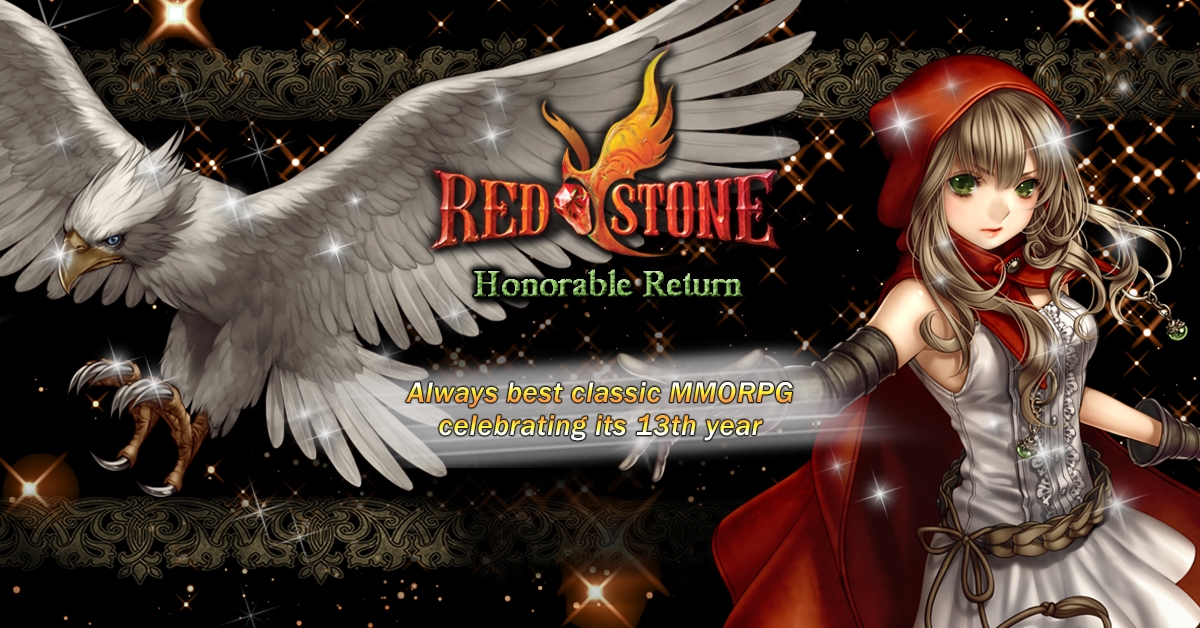 MMORPG Redstone has been online for 13 years, making it one of the longest lasting MMOs to date. In celebration of another year, Redstone has events lined up.

Redstone, an online game made by LNK Logic Korea (Representative Nam Taegwon) and serviced through GSP platform of Korea Creative Content Agency and Steam platform of Valve, celebrates the 13th anniversary of its official service from July 7th.

In remembrance of its 13th anniversary, updates on contents such as new ‘Minor Guild War’ and Mirror Map where monsters from another world appear will proceed.

Along with updates, amusing events are scheduled from July 7th to August 25th, including ones aimed at return users as well as existing ones to commemorate the 13th anniversary.

All Redstone users can enjoy various events including one that gives players the chance to get special items exclusively made for the 13th anniversary. Huge benefits package, items, and Returner title are prepared for return users so that they can easily get used to the online game again. In addition, items from which players can gain rare items and brand-new costumes will be on sale during the 13th anniversary event period.

Min Choi, Global Business PM of LNK, announced that Redstone will continue to make great efforts to not only meet the expectations of its original users but appeal to new users by updating the MMORPG  and coming up with new events consistently.