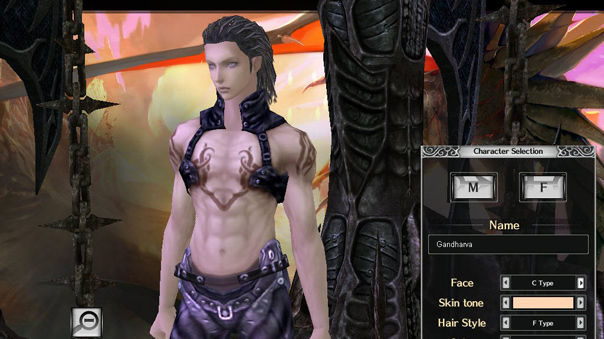 Don’t let the weird name fool you. Rappelz is one fantasy MMORPG we can consider almost a classic, but not shelved and forgotten. The game is already two years old and still going strong, with constant updates and a huge international player base. The game even had its fair share of headlines last year as the first localized game in the Middle Eastern and North African regions. If you have a thing for traditional or classic online RPGs, Rappelz is one shining example. It has every basic feature you can find in an MMORPG, but few unique ones.

(Note: We were assured that any relation to a certain rope-descending technique is purely coincidental, but please bear with the incoming bad puns.)

If Lady Luck isn’t on your side, you might be one of the unlucky players (like me) having problems with the client and patch downloads. Your completed download of their most current client from the mirrors may register an error of “incomplete file” once you start it up. It takes quite a lot of patience re-downloading from different mirrors and attempting installation. Patching may also give you migraines from the file errors sprouting here and there during automatic updates. If you do encounter these problems, however, the official forum thankfully has a handful of helpful solutions to straighten things up. The global Rappelz site also has readily available manual patches in case automatic patching does not work.

Despite the rough start, Rappelz gave me quite a good impression regarding account security. The game has the option of setting a secondary password to access the characters and the bank/item storage. The only other game I saw having such a feature in the character selection screen was Requiem: Bloodymare. Having two entirely different passwords for one account ID gave me that feeling of added security against unwanted users. Just make sure you don’t share those passwords with anyone! 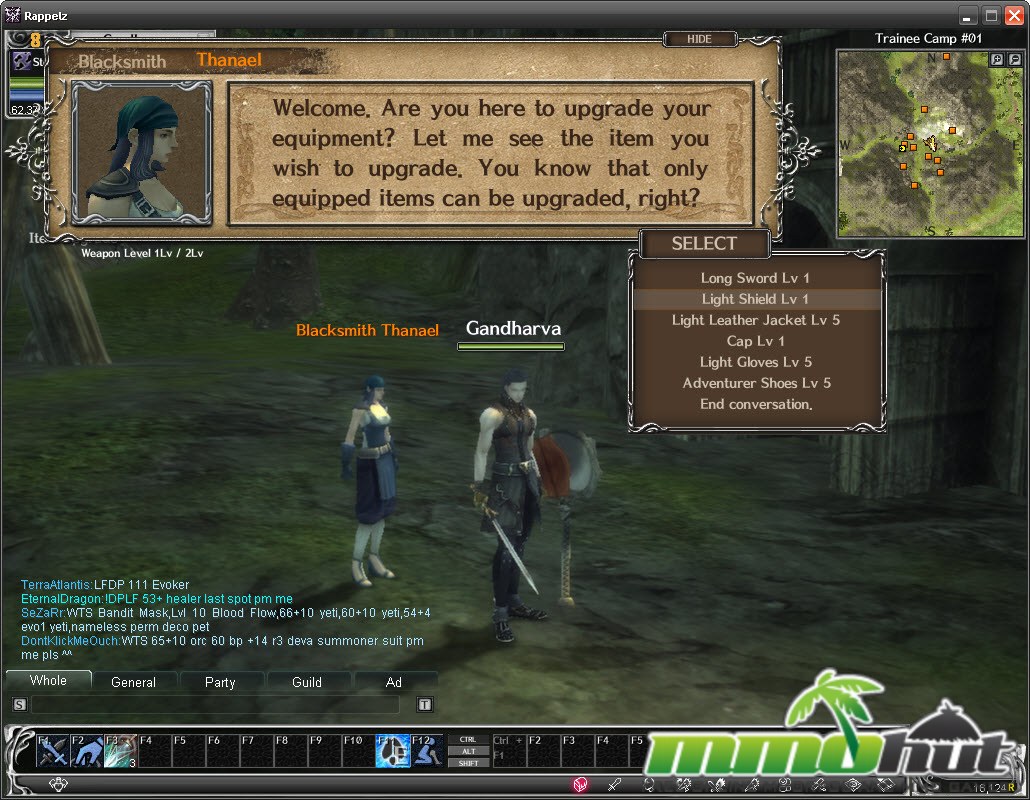 Rappelz is one of the many MMOs with a plot having no significant role in your gaming experience. If you’re particularly interested, you can find the story in the official Rappelz wiki page. The game characters are divided into three races (Deva, Gaia and Asura), having three different job/class progressions each. The three classes are stereotyped for all races, specifically a melee, a caster, and a pet summoner. The difference is seen in the races, be it offense or defense-oriented, or a balance of both.

Immediately upon setting foot inside the world, the only introduction you’ll get is a short welcome and the start of a tutorial quest chain. Thankfully, the quest chain is extensive enough to let you learn most of the game offers. Rappelz has a whole map (aptly called “Trainee’s Island”) dedicated for newbies. Most of the NPCs on the island provide a wealth of information aside from the beginner quests. The first job change is available at level ten. And at level fifteen, Trainee’s Island becomes inaccessible. It’s time to start your journey in the world of Rappelz! 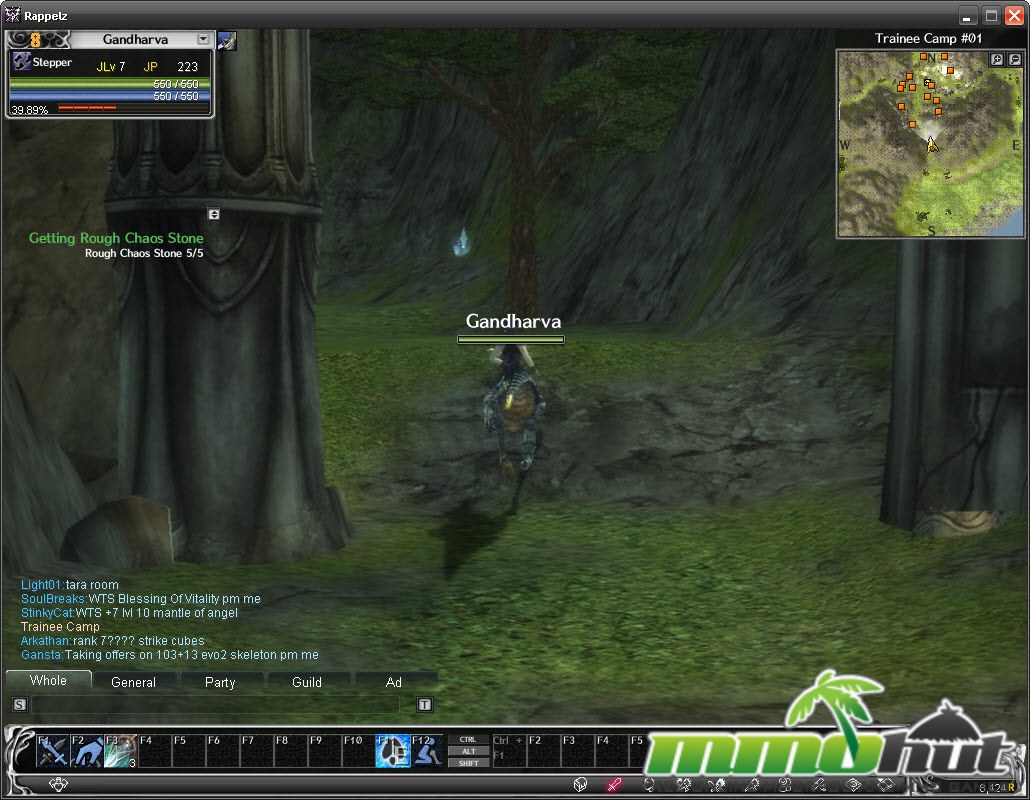 Gameplay is certainly one of the most outstanding determinants of an MMO experience. My Rappelz experience was sadly nothing more than the typical online RPG romp. First of all, combat and leveling up were slow and dull. Expect to grind your time away in the game. Quests were a saving grace from the monotonous combat, if only temporary. At higher levels, the quests lessen and grinding becomes inevitable. Second, character building felt restricted and elementary. Your character’s stats automatically increase as you level. Bonus stats only come from attaining job levels and adding equipment modifiers like soul stones. On the other hand, skill acquisition is open-ended. Job points earned from questing and grinding are spent on increasing job levels or unlocking skills. Third, PvP is similar to Perfect World. PK mode can be toggled on or off, duel arenas are present in populated areas, and penalties are imposed on genocidal players. Lastly, equipment customization is generic. Weapons and armors can be upgraded to a maximum of ten levels, and may have slots for soul stones. 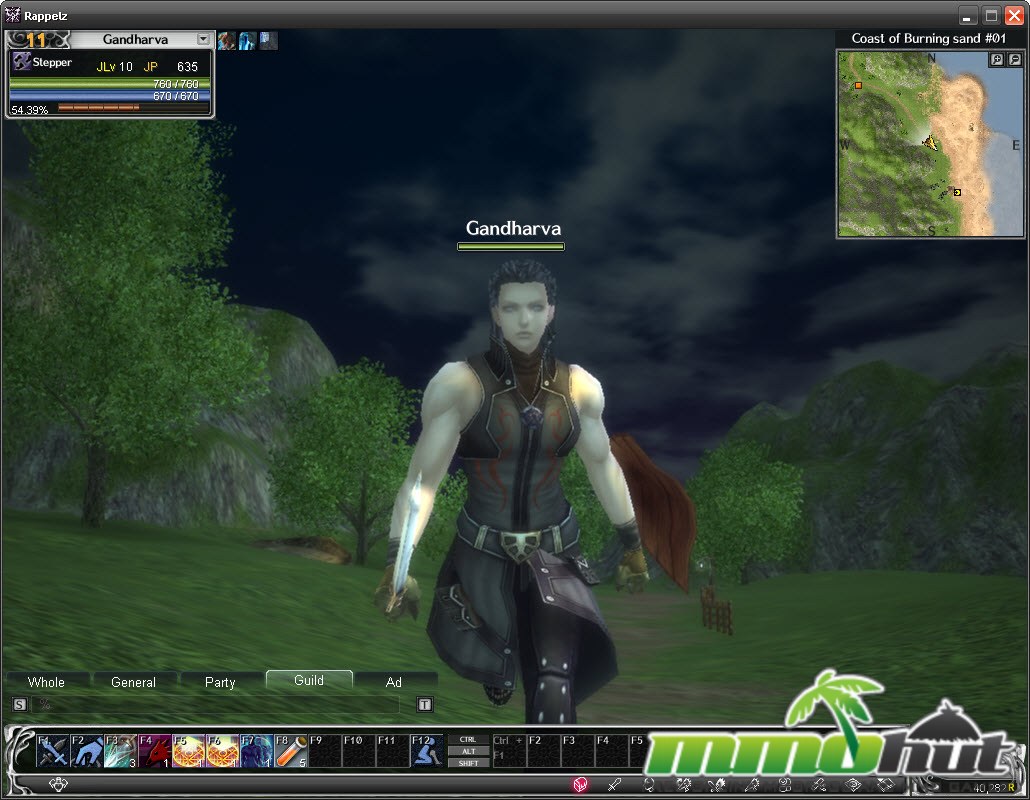 Despite being commonly seen in some (if not most) MMORPGs, Rappelz gave quite an emphasis to the pet system. All the “beginner” classes of the three races have access to pet taming and summoning skills. Pets are classified into five tiers according to rarity. Generally, they will aid you in battle through melee or magical attacks. Advanced pet skills are, however, only accessible to the summoner class of each race. In contrast, an Ornitho is a rentable mount item, and is not considered a pet. The Riding skill is automatically unlocked upon summoning the Ornitho.

A certain energy called “Lak” can be acquired upon killing monsters, albeit infrequently. Lak can be traded for in-game currency or chips. Chips are items that significantly affect the battle by increasing physical or magical damage dealt on the target. Lak can also be used to charge soul stones to enable its latent power before inserting into a socket.

The most interesting feature of Rappelz was the dungeon siege system. Guilds vie not for ownership of a certain city or area, but for a certain dungeon. The owning guild can collect currency and Lak taxes from dungeon raiders and get free teleports to the dungeon entrance. For a chance at dungeon ownership, guilds must first do a time attack raid. The guild with the fastest completion time can move on to the scheduled dungeon siege against the defending guild. Guilds can form numerous alliances with other guilds, thus creating a huge raid and massive guild battles. As for the dungeons, most of them are sadly not instanced, except during the time-attack raid and the siege.

Apart from the twist in guild battles, Rappelz offers nothing but the basic commodities found in any MMORPG. The aimless grind and lack of quests makes playing this game a chore. If you’re a pet-lover or someone looking for a slightly different guild experience, give Rappelz a spin. For the rest of us, I suggest leaning on “not trying.”