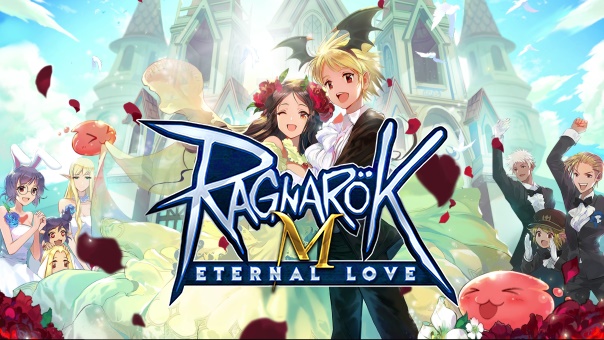 In the United States, the average red building brick used in construction is (approximately) 7.5 inches long, 3.5 inches wide, and 2.25 inches thick. The first generation of Nintendo’s Game Boy portable entertainment device was (approximately) 5.75 inches long, 3.5 inches wide, and 1.25 inches thick. So if you ever hear someone say that the old Gameboys were the size of a brick, they’re not far off. With all that size, they couldn’t store a game. They didn’t even hold a saved game. That was all done with the cartridge. They didn’t have wi-fi (though you could connect two Game Boys with a cord, for some head-to-head Tetris action, or to swap your Pokemon). They didn’t even have a color screen, let alone backlighting.

What in the crap does this have to do with Ragnarok M: Eternal Love, you ask? I tell you all that as a frame of reference so you understand what a marvel it is to play a fully fleshed MMORPG over the internet on something that is only (approximately) 6 inches by 3 inches by .3 inches in dimension. Roughly 1/4th the size and a fraction of the weight of the Game Boy from 1989. Yep, that’s right, the Game Boy turns 30 this year. Granted, the price is considerably higher for my Pixel 3, but it’s essentially a portable computer, and let me tell you, it’d have to be to run the marvel that is Ragnarok M.

I’m going to warn you, Ragnarok M is a next gen mobile MMORPG. If your phone is more than a couple years old, you’re probably going to struggle with it. Make sure to check your phone’s specs against the minimum requirements on either the Google Play or iTunes pages before you download, otherwise you might be a little disappointed with the performance, if you can get the app to run at all.

That being said: go download this game. Okay, caveats: Go download this game if you want a mobile MMORPG with stunning graphics, reasonably good audio (I feel like sometimes the music could be a little better in regards to providing ambiance), and an astounding plethora of content. This game has so much content that it’s almost challenging at times to know exactly where to start or what to do. Thankfully, the game has a wonderful quest tracking system, and after about level 20 (base level, not job level) you even pick up an assistant that can help you keep track of daily tasks (they also track prices on the exchange, which is suuuuper useful).

I cannot stress enough just how pretty I found this game to be. I had never actually played the original Ragnarok Online before this assignment, so I wanted to load it up and tinker around with it before I wrote this review, just for my own comparison. Frankly, the mobile game’s graphics blow away those of the desktop title. They’re similar, and it definitely has the same feel, but the graphics on Ragnarok M are just crisper and cleaner, with better animations. The resolution is just so much tighter, and it makes a huge difference. Gravity Interactive Inc, who developed the original Ragnarok Online also developed Ragnarok M, and you can tell they were dedicated to being faithful to the appeal of the original title, while also bringing something worthy of modern technology to their fanbase.

A little snippet from the original Ragnarok Online, for comparison.

The first thing that will likely be very familiar to players of Ragnarok Online is the class system. In both games there’s a starting screen where you choose a class and customize your appearance. Only the appearance is really relevant though, because once you get into the game you begin as a Novice, regardless of what class you initially chose. As the tutorial bits progress you’re eventually given the opportunity to pick a base class from the list of Acolyte, Merchant, Swordsman, Thief, Archer or Magician (Technically Mage on Ragnarok Online, but whatever). At Job level 40 (not to be confused with base level) each class has a choice of two subclasses, which from there continue to evolve into stronger and more powerful versions.

The Merchant, for example, can become a Blacksmith or an Alchemist. I chose the Blacksmith line, which can then become a Whitesmith, and then a Mechanic. The two lines are distinctly different in their playstyles and objectives, as well as what stats work better for them. Thankfully, from the very beginning, the game gives you a little helpful advice on how to progress your character. Each level you’re given a certain number of attribute points to distribute. You can distribute them how you like, or click the “Builds” button for advice. This will show different roles your character can evolve into, and suggests where to put your skill points in order to best fulfill that role later in the game. Considering the longevity of the game, and my ineptness with it, I found this to be a delightfully helpful feature.

Getting into the game, I was a bit worried about the controls. I figured that there would be some ‘click the ground to move’ functionality, and I wasn’t disappointed. There’s also a click and hold “joystick” function. Normally I don’t care for these, and I haven’t had the best luck with them on a lot of games, but with Ragnarok M the joystick is centered around wherever on the screen you hold, and then drag your finger around to move. I felt this gave you pretty good precise movement. Even better, though, is that you can open your map and click any location on it and your character will walk to that location. This is astoundingly handy for questing, especially combined with Ragnarok M’s handy dandy auto-combat feature.

The auto-combat feature is something that some people in the game seem to find contentious. Apparently Ragnarok Online had a bit of a problem with people botting (the combat was pretty simple. You could just press buttons and it would engage nearby targets). So you’d have people with multiple accounts teamed up clearing dungeons, and obstructing the gameplay of other players. I can see how this would cause some angst. The claim is that the same thing is happening now on Ragnarok M. I don’t mean to discount anyone else’s experience, but I haven’t seen it as a problem. People talk about “kill stealing” by other players, but it seems anyone who tags a given mob gets a share of the experience. Also, if you’re running towards a mob and it gets killed, you just turn towards another mob. So maybe I’m missing something, but it just really hasn’t been a problem for me.

A slightly longer GIF, but it allows you to see the various movement systems, as well as auto-combat at work.

There’s also a strange restriction on how long you can play every day. You get a base of 300 minutes of play time per day, plus an additional 60 minutes you can accumulate by hanging out near a phonograph in one of the zones. That’s 6 hours of total playtime, which, really, for most people, isn’t bad. Plus, any unused playtime from one day carries over to the next, up to a maximum of 600 minutes. That means that after a reset you can have as many as 900 minutes total playtime, plus 60 from the record player for 960. That’s 17 hours. Frankly, even as enjoyable a game as Ragnarok M is, I couldn’t see myself sitting there and playing it for 17 hours straight. Which is why that auto-combat thing is so nice. The game does all the grindy bits for you. And after your time is up you don’t stop gaining xp or loot completely, the rate just slows down (I wasn’t able to get an accurate read on exactly how much it slows down, as I never really ran out of time when I was paying attention).

Plus grinding mobs in combat is far from the only way to gain xp or loot. There are seriously so many things you can do. There are standard story and side quests, daily mission boards, daily time rifts (one off co-op PvE instances requiring teams), PvP arenas, crafting, and more. There’s just an absolute ton to do. In probably 60 hours of combined active and afk playing I’ve barely scratched the surface, and haven’t gotten anywhere close to what I would call an endgame, but it’s been a fun journey. Yes, the game has a grindy leveling system, but again, with the auto-combat, it doesn’t feel grindy in a bad way.

Now, one more thing to touch on: monetization. Ragnarok M is a free-to-play game, which of course means there are microtransactions. Frankly? They edge on what I would call “pay-to-win”, by my own standard definition: you can buy things from a cash shop that you can’t earn through normal gameplay that give a combat advantage. The game sells the in game currency, Zeny, outright, but players can also use Gashapon machines to acquire some items that are considerably nicer than most of the other stuff you’ll come across, even via crafting. However, like all Gashapon machines, the rewards are random. Basically, they’re just lootboxes that you open immediately, rather than carry around in your inventory. However, you can also buy most things on the Exchange using Zeny, because not everyone can use all items, so to me, it kind of washes out. Plus you can get tickets for the Gashapon machines through game play. I’m not sure WHERE I got them, but I had a chance to spin the crank a couple times, and got a swanky hammer and a neat hat.

Did you know Gashapon (sometimes Gachapon) is an onomatopoeia?

I can be pretty picky when it comes to monetization, but I don’t feel like Ragnarok M’s is all that bad. Of course, I also didn’t really engage much in the PvP modes, nor do I have a typically competitive nature when playing MMORPGs. I don’t rate my fun based on other people’s performance, but rather on my own experience. My experience is that playing the game without spending any money was sufficiently fun. Because of that, if I continue playing, which I very probably will (I found an awesome Guild, and it really is a fun game), I’ll probably end up buying some Big Cat coins with real money, in an effort to support the devs. 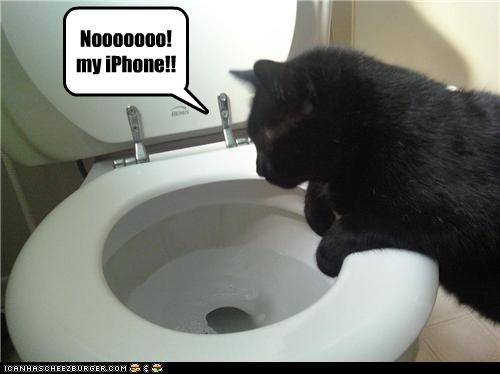 I have to say that by and large, I consider myself pretty lucky to be alive in a time when gaming is in a state where it is. I carry something in my pocket capable of doing things that would have required machines the size of a skyscraper to do just 40 years ago. Back when I played EverQuest, we used to joke about installing a toilet in your gaming chair, so you didn’t miss anything when you had to go to the bathroom. Now, I take my game with me wherever I go. I just have to make sure I don’t drop it in the toilet.

Ragnarok M gets 4 out of 5 stars. If it was an original game and not a remake, I very likely would have given it 5.