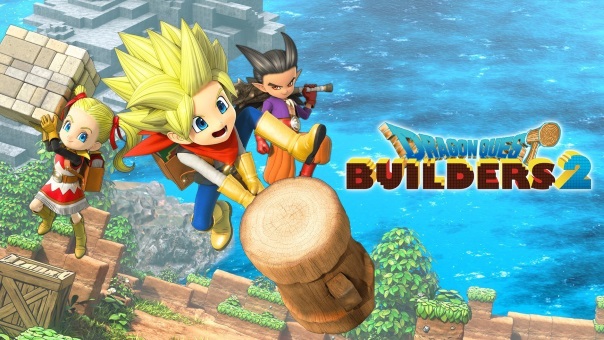 I wanted to stray away from “winners” and “losers” because, at the end of the day, we all win. Were there presentations that were weaker than others? Of course, and I’m not going to name names, Bethesda and Ubisoft. Almost everything I saw at E3 this year I left pretty happy. Now do I have favorite presentations? You bet your ass I do – Square Enix and Nintendo, hands down. If I had to pick which conference had the majority of announcements that I was excited for, it was probably Square Enix, but Nintendo was mighty close. There are things that of course I’m interested in, like Final Fantasy VII Remake – but I’m not wild about FF7 in the first place. It’ll be good, and I’m looking forward to it, but I think most folks who read my columns by now know which ones I enjoy the most. Do you know what I am disappointed about? No Yakuza announcements yet. Not a one!

Neither one of them felt like that they had sixteen Tom Clancy teasers in them – seriously, are they sponsored by the industrial military complex or what? E3 is one of the hardest, most exhausting weeks for the gaming press, and when I was younger, I was always very excited to see it come bounding into my vision. Now it means less sleep, tons of work and consideration, and less focus on the stuff that I’m personally happy for. We worked hard here at MMOHuts/OnRPG to bring you the news in as timely a manner as possible, and it was all worth it. But this is my column, and we’re doing it my way! So let’s talk about my favorite things! Maybe I should do a separate one for least favorite things? People do like hearing me complain for some reason. This will include stuff for both sites, though. There are so many honorable mentions, that I would ultimately just wind up talking about almost everything.

Collection of Mana – Why are more people not talking about this? Collection of Mana contains The Final Fantasy Legend, which is good and is a classic, as well as Secret of Mana (Seiken Densetsu 2). But what really makes this so important is Trials of Mana/Seiken Densetsu 3, which is a SNES game never released over here in America. There have been fan translations, sure, but never a legit, real version that Mana fans could enjoy. Now we have it! Now fans will have something they (I) have been pining for literal decades now for. It’s real, it’s a proper port and not some awful mobile game, and it’s available in a real format (digital, physical on the way). I cannot possibly tell you how excited I am for this. Sure, the Remake of Trials of Mana is good, and I’m sure it’ll be fun, but I’m satisfied with the original coming to my home.

Dragon Quest XI: Echoes of An Illusive Age: Dragon Quest XI is easily in my top three favorite Dragon Quests of all time, that’s with DQIII on the table. This is more than just a port of the whole game, with whatever DLC they wanted to tack on! It includes a whole damn new mode to play the game in, from start to end. It looks to use the SFC (Super Famicom) Dragon Quest 1-3 remake style graphics, so it should probably be 8-16bit. It’s the whole game, in that top-down world/behind the camera battle system that we know from previous Dragon Quest titles. They also announced that you’ll be able to visit some of the past Dragon Quest worlds, which was definitely not in the original release. My original run, up to the true ending was about 85 hours, and I still had not done everything there was to do in the game. So I imagine this release is going to easily run into the 120 hour range, and I’m not mad about that.

Phantasy Star Online 2 – I’ve had friends playing this game for years, and I couldn’t take part, because 1. I don’t speak Japanese and 2. I don’t play private servers. There have been some “translations”, but never a complete one that I’m aware of, and not one I wouldn’t need some kind of VPN to play. I just wanted it to be playable without any rigamarole. Now I can! Is it seven years late? Sure! Am I afraid it might have some obnoxious pay-to-win stuff in it? Of course, I am! But am I still excited about it? You bet I am! I’m a huge fan of PSO, and I never got to spend the time with it that I really wanted. Now I can plan ahead of time, get a few friends together on the same data center/server for PSO2, and we can explore this awesome anime world. We’ll get all the content currently out, as far as I’m aware, and hopefully, we don’t have to wait six to eight months per update. Let’s see how this is going to go, but so far, so hyped.

Final Fantasy XIV: Shadowbringers – So, I still haven’t done everything in Final Fantasy XIV, and I’ve been in it since the beginning. Classes I haven’t mastered, crafting I’ve yet to do, mini-games/side content, but at least I’m caught up on the MSQ! Shadowbringers looks like it’s going to offer a wild twist on the story, where we have to go from the Warrior of Light to the Warrior of Darkness. It sounds like it’s going to be similar to the story Villains by Necessity by Eve Forward, where good overran the world, and it’s thrown everything out of balance. Good characters. . . being actually evil? I’m in for that, 100%. I don’t know where we’re going and what we’re doing, but I’m excited about it. Final Fantasy XIV has become my favorite MMO of all. It has surpassed every other online game I’ve played, and that’s a wonderful feeling. I was hoping for another healer, but I get why they picked Dancer. It’s only our second ranged physical damage class in so many years. It’s going to be fantastic, but everyone is going to play it.

Dragon Quest Builders 2: It was hard to pick between this or Super Mario Maker 2, but I will no doubt spend more time actually creating in Dragon Quest Builders 2, wherein Mario Maker 2, I’ll just play other people’s stages. It appears that DQB2 is a huge leap forward in the franchise, with the ability to let NPCs help you build, online multiplayer, bigger structures, a bigger world, but most important, it’s still connected to the main DQ story. It focuses on Dragon Quest 2, and the evil Hargon. The Children of Hargon have taken over the land, and have forbidden cooking, building, and everything useful. So the builders, what few of them are left, have to rise up, save the land and rebuild it. It’s going to have DLC, which I’m a little bummed about, but it looks like it will be reasonable. We also already know what it will be, so that’s not so bad. It’s something I can play with my friends too, which does admittedly mean I’ll have to hope people I know get it for a platform I play on (unless there’s cross-platform). But Dragon Quest Builders 2 is going to be a rich experience that offers tons of fun stuff for me to do.

Dragon Ball Z: Kakkarot: A Dragon Ball Z ARPG? Where it goes through Goku’s story, that I’ve played through millions of times across billions of games? Yup, still excited, don’t care what you say. This looks like it will be a new approach in the gameplay setting, but we won’t know much until it comes closer to launch. But it looks like it has that authentic Dragon Ball look and sound, and that’s key. I love Dragon Ball Z, and probably always will. A lot of it is nostalgia, but that’s okay. I don’t have a lot to say about this just yet, other than I’m excited about it. This is probably the first year I’ve written one of these, where it’s been incredibly hard to figure out just what to talk about because so much of it was just so good. Don’t worry though, I’ll have some negatives soon, fear not.

What about you guys though? What has you excited from E3 2019? We’d love to know about it.