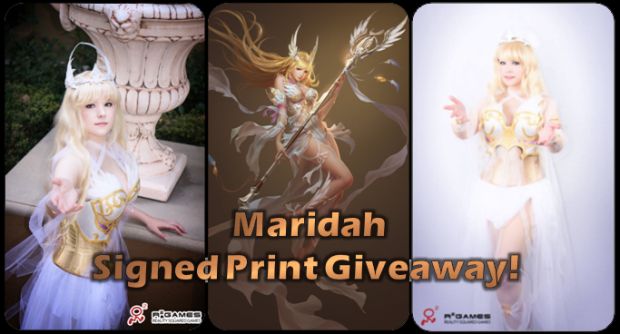 R2Games has recently partnered up with established cosplayers to bring the forenamed Angels of League of Angels to life through cosplay. One of whom, Maridah, will be taking questions from fans about her portrayal of the Angel “Lorelei” and cosplay work in general. The Q&A session will be held on Sunday evening, March 16th at 7pm PDT (10pm EDT) on the official League of Angel Forum.

In addition to the Q&A, fans will also have a chance of winning a Lorelei cosplay print signed by Maridah herself. R2Games invites any and all to join in the Q&A and submit an entry to win an autographed cosplay photo.