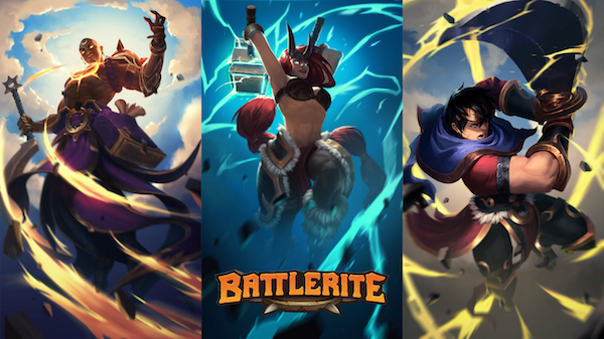 Stunlock Studios, developers behind the PVP Arena Brawler Battlerite announced that its upcoming game, the spiritual successor to Bloodline Champions will move from Early Access on Steam to a free-to-play commercial launch on November 8th! The fast-paced team brawler will focus on PVP combat in a competitive setting, where you select a champion and do battle alongside your teammates to the sound of a roaring crowd in a Colosseum setting. To celebrate over 1 million downloads since launch, Battlerite will be playable completely for free during the upcoming Free Week from September 25th through to October 1st. Throughout the Free Week, Battlerite will be on sale by 50% on Steam Early Access (9.98/9,98/7,49).