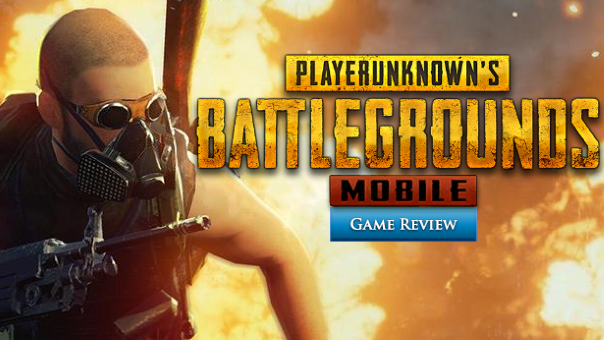 Getting your own “chicken dinner” in PUBG has been one of our goals lately as the Battle Royale shooter has taken the gaming world by storm. But did you ever consider (or think of) getting that elusive chicken dinner while on the go? Apparently, people at Tencent Games did, and that’s why we’re getting the mobile version of PLAYERUNKNOWN’S BATTLEGROUNDS.

Clearly a means to milk the popularity of its PC/Console brethren, PUBG Mobile is the official mobile version of PUBG. Developed by Tencent Games, PUBG Mobile is almost an exact mobile port of the BR shooter with a few changes to fit a smaller screen.

PUBG Mobile features everything that PUBG has on both the console and PC version. The goal is the same too: Be the last solo, duo or squad standing, as every other BR game out there. You’ll basically just run around a smaller version of the Erangel map trying to pick up scattered weapons, ammo, attachments, and equipment as you try to survive.

Typical to most action games for mobile, you are given a virtual joystick to control your character. Meanwhile, you can shoot your current weapon using a dedicated button; this button also doubles as the punching action button if you unequipped your gun. Other miscellaneous actions like leaning, going prone, crouching and vaulting have their own buttons on-screen. Meanwhile using your consumables is easier in-game since Tencent designed the consumables bar near the center of the screen to allow you to use these items with just on tap on the screen. Your throwables are also designed like this and are found on the other side of the consumables bar.

As a mobile port of PUBG, the game plays exactly like its PC counterpart, with matches mostly being a frantic chase to the scattered weapon and then switching to trying to survive mode. I came in the game expecting that shooting and aiming would be hard, especially since I’m not playing with a keyboard and mouse, and I wasn’t that far off. Aiming with the virtual joy stick is hard, but I liked that the movements and actions had their own dedicated buttons in-game.

The controls are streamlined enough that you can press the screen to do two actions simultaneously. This allows for complex actions that you allow you to make tactical actions in the midst of firefights. Firefights are fun and even the crappy control system allowed me to at least get in a few kills; in fact, a few kills more than my usual PUBG PC run.

Of course, we come to the part where PUBG mobile has been accused of having low-skill bots to make you feel good as you first jump into the game. While Tencent and PUBG Corporation haven’t confirmed or denied their existence, they are easy to spot, since they potato worse than actual players and their movements are erratic. They are clearly meant to be killed easily by actual human players.

I loved how the game makes it easy to pick up scattered attachments and ammo in-game. Normally, this would be considered cheating on PC or Console, but in PUBG Mobile, this is pretty much a necessity. What I don’t like about the pick-up system is that the AI automatically picks up the nearest weapon and sticks with it. Under normal circumstances, picking up items this way makes life in PUBG Mobile easier, but there are moments that picking items up this way is more problematic. In fact, there were moments in-game that I actually died because of the pick-up system.

The similarities between the PC/Console versions and the mobile version of PUBG are undeniable. Even with the smartphone features already coded into the game, PUBG Mobile surprisingly feels just like PUBG. The similarities are that obvious that even the queuing up with random people feels just like PUBG’s. If you’re playing with random people, expect them to be obnoxious pricks in-game. Since the game is free-to-play, expect communications to be problematic at best.

When I say problematic, I mean that random queues will give you people who have poor mics on their phones or people who don’t know how to mute themselves in game. If it is their first game with a battle royale game, you can also expect them to really suck on all fronts .

Another thing of note in PUBG Mobile is that the game pretty much runs in any of the new models of phone that have been released for both the Android and iOS platforms. As long as you have an Android phone that has at least 2 GB RAM, or an iOS device that can run at least iOS 9 or later, you should be able to play.

Since more companies are releasing better phones by the buckets, anyone who’s bought a phone in the past year can easily jump into the game and play PUBG Mobile.

PUBG Mobile has wonderfully ported the PUBG experience to the mobile platform. The tension of playing the game was successfully converted. For a guy who has spent around 600+ hours playing PUBG Mobile, I am enjoying the mobile experience. It feels just like PUBG but for the smartphone.

One of the things I loved in PUBG Mobile is how Tencent was able to make the game have a different post game experience as PUBG. While the PC version only has a customization, leaderboard, and pairing system in place, PUBG Mobile has all the post-game features you’ll normally expect from a mobile game. Tencent was able to incorporate these features to seamlessly encourage players to keep on playing the game with the awards system, and the way people can earn clothes by playing and placing properly in-game.