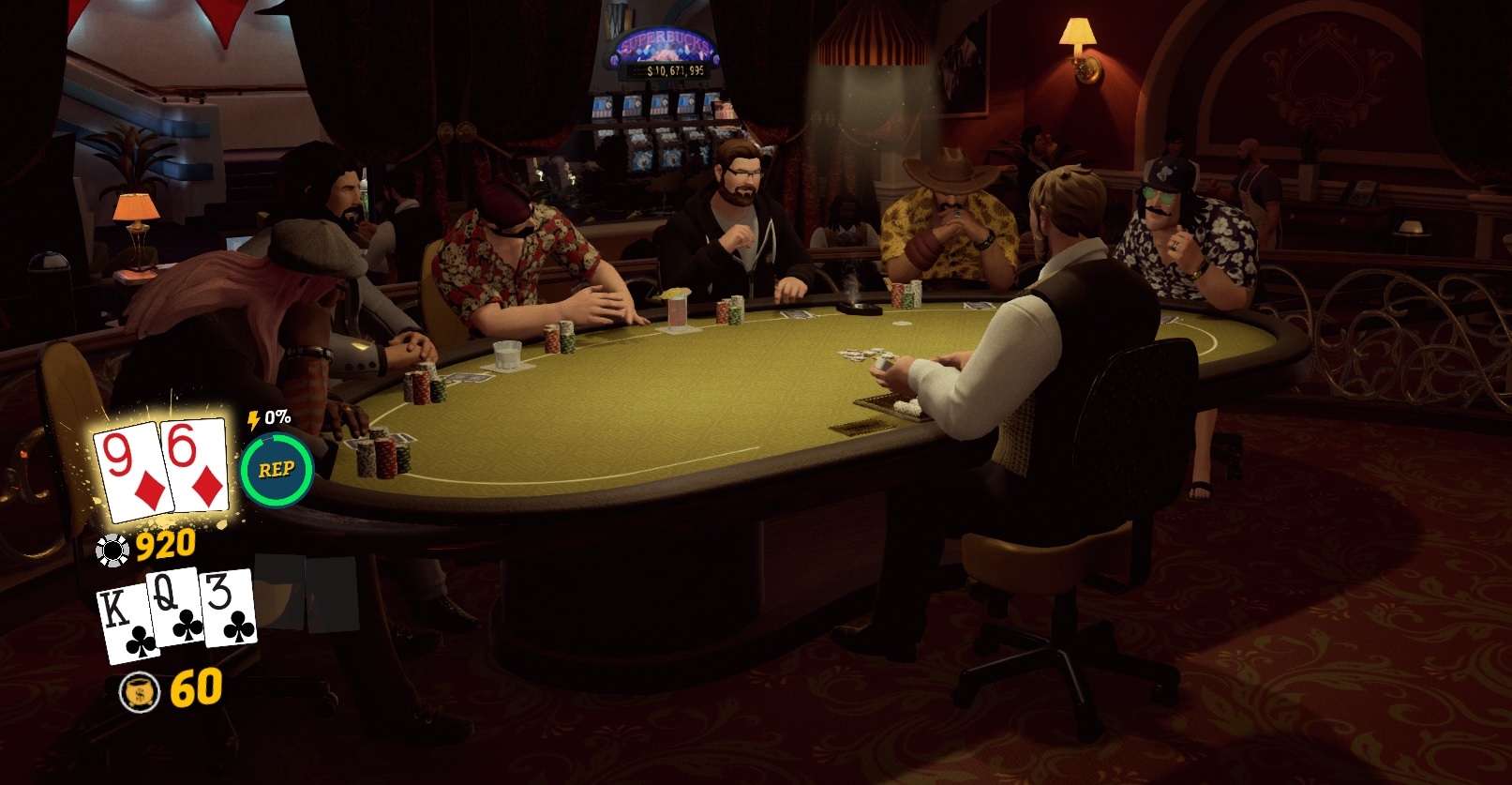 505 Games and Pipeworks, the developer of the upcoming multiplayer poker RPG Prominence Poker, just pulled a ‘royal flush’ of big news as both companies announced that the game entered Steam’s Early Access program. Players can now play their way to the city of Prominence on Windows PC.

In Prominence Poker, players seek the thrill of high stakes poker as they visit the city of Prominence, a gambling utopia founded by crooked goons, in search of underground games. After creating their poker alter ego, players will challenge a number of unique personalities and colorful bosses across four cunning factions.  As they boost and refine their abilities through successfully reading and beating their colorful opponents, they will earn a chance to play against with “The Mayor,” the mysterious town founder, in a final showdown.

With each pot win, players level up their characters and gain access to tables with bigger buy-ins, unlock backroom games and face off in heads-up play with faction leaders, providing them with a robust poker RPG experience. Players will need to outplay ruthless card sharks in a deep multiplayer experience in no limit ring, tournament and head to head games to turn their short stack into critical all-in hands to win it all.

“With the insightful feedback gained during earlier Closed Beta, we want to further grow the community by releasing Prominence Poker into Steam’s Early Access program, allowing players to grind for Prominence and provide further feedback during the game development process,” said Lindsay Gupton, President of Pipeworks. “As a AAA poker experience based on Texas Hold ‘Em, Prominence Poker puts players in control with a great combination of single-player experiences like character customization and RPG elements along with multiplayer options such as live events and tournaments for competitive play.”

Prominence Poker is now available for Windows PC on Steam’s Early Access Program. The game’s full launch on Windows PC (Steam), PlayStation®4 and Xbox One is expected later in 2016.