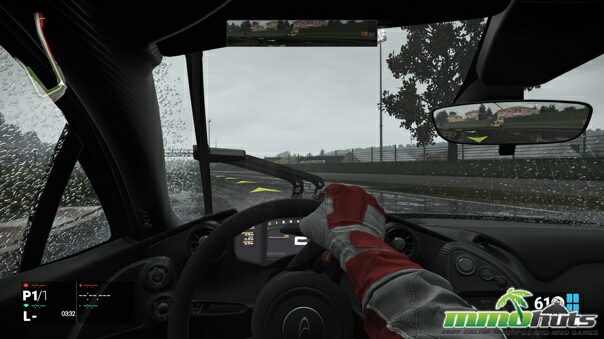 Project Cars has been one of the most awaited racing games in the recent years. After years of development, the game finally hit the shelves (or Steam…). Was it worth the wait? Does it live up to the hype? Is this the go to game for fans of racing simulators? Read on for my thoughts on Project Cars.

Project Cars is a racing simulator developer by Slightly Mad Studios and published by Bandai Namco Games. This crowdfunded game has been in development and teased for many years with the goal of providing a great racing simulator with many unique tracks and cars. It is meant to be just a racing simulator, and nothing more. You should not expect MMO like gameplay in Project Cars, everything is available from the beginning, and you simply select your game settings and begin playing. 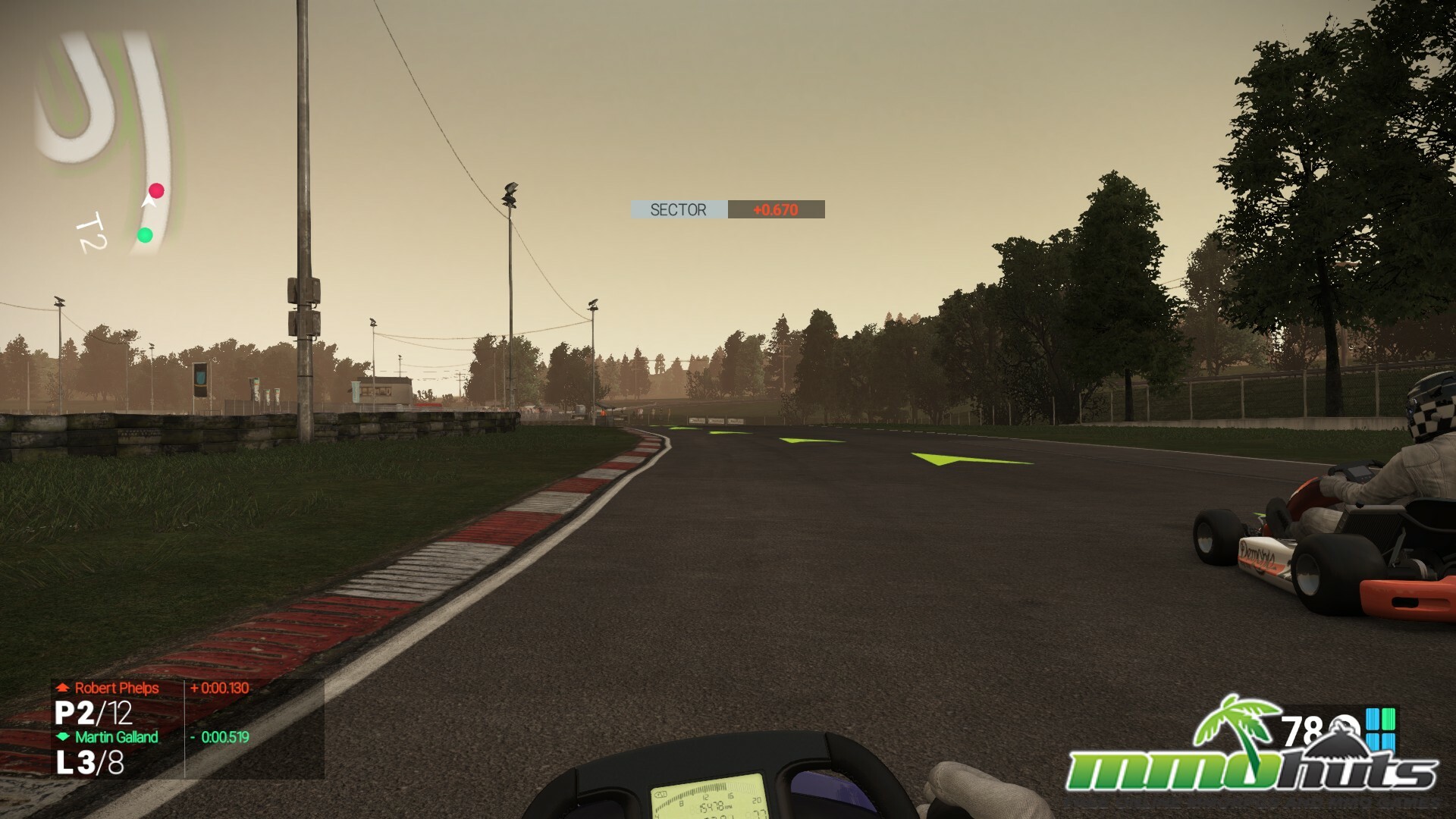 Racing with Go Karts are a great way to learn the fundamentals of racing.

As you would expect, there are many options available for cars in Project Cars. Through the multiple partnerships with car manufacturers, all of the cars offered in the game are based on real cars. You can select between cars such as the Mclaren P1, BMW M3, and even the Ariel Atom to keep you entertained. All of these cars drive differently and are not simply reskins.

Continuing on with the theme of offering things found in the real world, there are multiple unique tracks in Project Cars all based on real tracks and locations. Depending on the motorsport and car types, you have many options available for race tracks. You can race in massive stadiums, small Go Kart tracks, and even highways. These tracks are well designed and like the cars, look amazing. The driving is also different depending on the terrain. For example, if it is raining you will have to readjust your driving.

With these cars and tracks, you can participate in quick races, practice, play through the career mode, and race online. Quick races let you get into the action right away with little setup required while practice mode is designed to let competitive players train to cut off seconds from each lap. I personally like the practice mode for its relaxing nature, and its ideal for kids new to gaming to get a feel for the controls in a stress free environment. If we have guests over with kids, setting up the steering wheel and letting them drive around keeps them busy for hours! 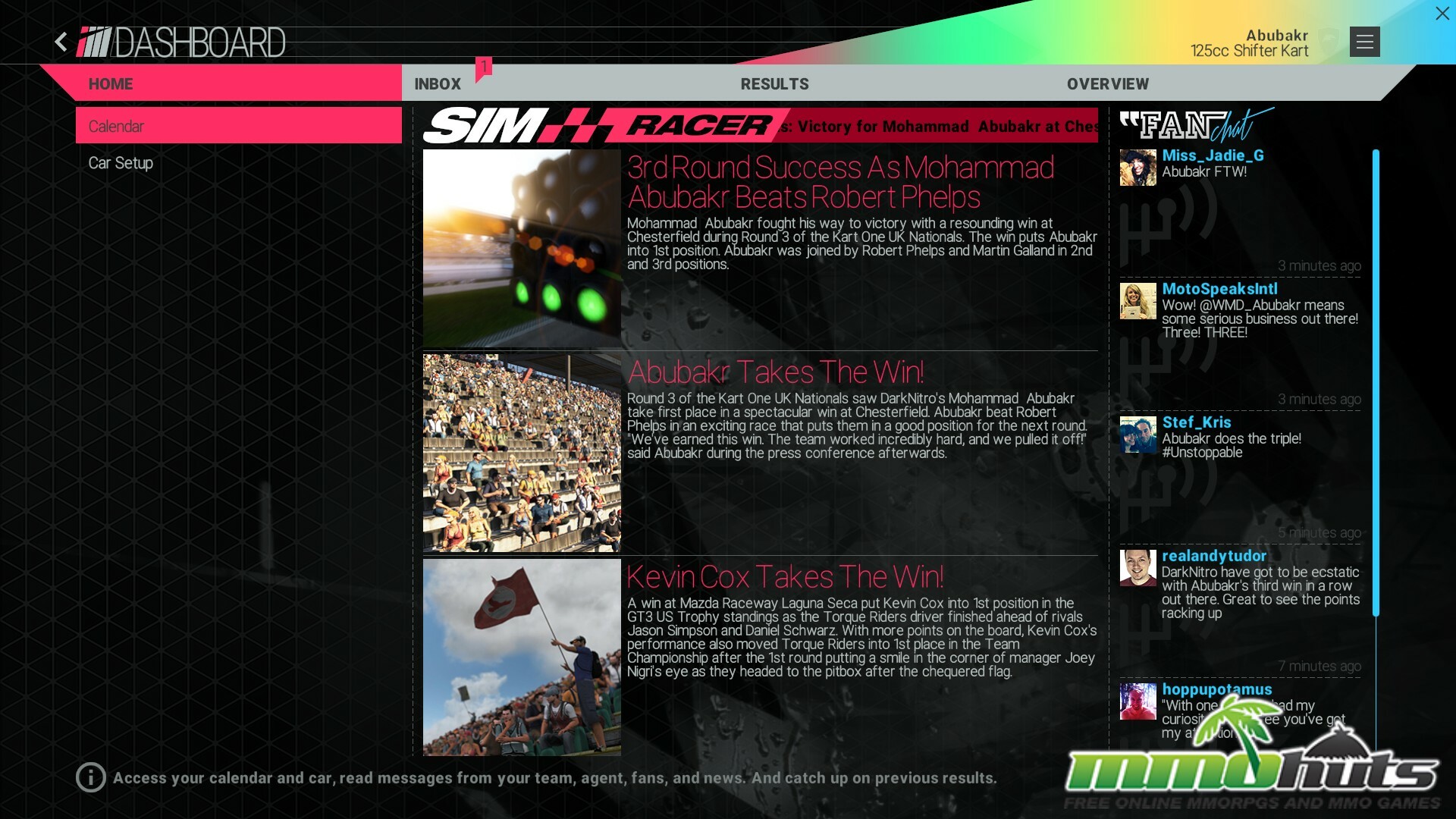 Career mode lets you live the life of a professional racer.

The career mode allows players to play through multiple tournaments under various motorsports. The game suggests players to start off with Go Karts and move up the car tiers as you gain experience, but it does not stop you from starting off with faster cars from the get go. I would recommend trying out the Go Karts as while they are slow, they are a blast to drive around through the small loopy tracks. They also allow you to get used to the basic strategy of racing which can be useful when driving even the fastest cars. It is important to understand the fundamentals of racing before jumping into the supercars or you WILL crash. Overall, the career mode is quite fun, I spent most of my time with Project Cars in the career mode. Having a goal to achieve makes the game much more enjoyable.

As far as online goes, Project Cars offers basic functionality. The game seems to be more focused on the single player features. Players can setup custom lobbies and allow players from around the world to join (you can also make these lobbies private). At times there are some issues but after you get into the game it is usually fine. You can race with friends and other players with minimal lag. This is not bad but there are not many players playing online; I usually only see 2-5 lobbies open at one time.

The online races are just like the regular offline quick races. In order to improve the online community, Project Cars also offers challenges such as clocking in the fastest lap times with a specific car. These challenges offer many different rewards including real gear such as a Thrustmaster steering wheel! There are plans for competitive racing tournaments in the future which should bring a massive influx of players online. I can’t wait to see some racing games in eSports! 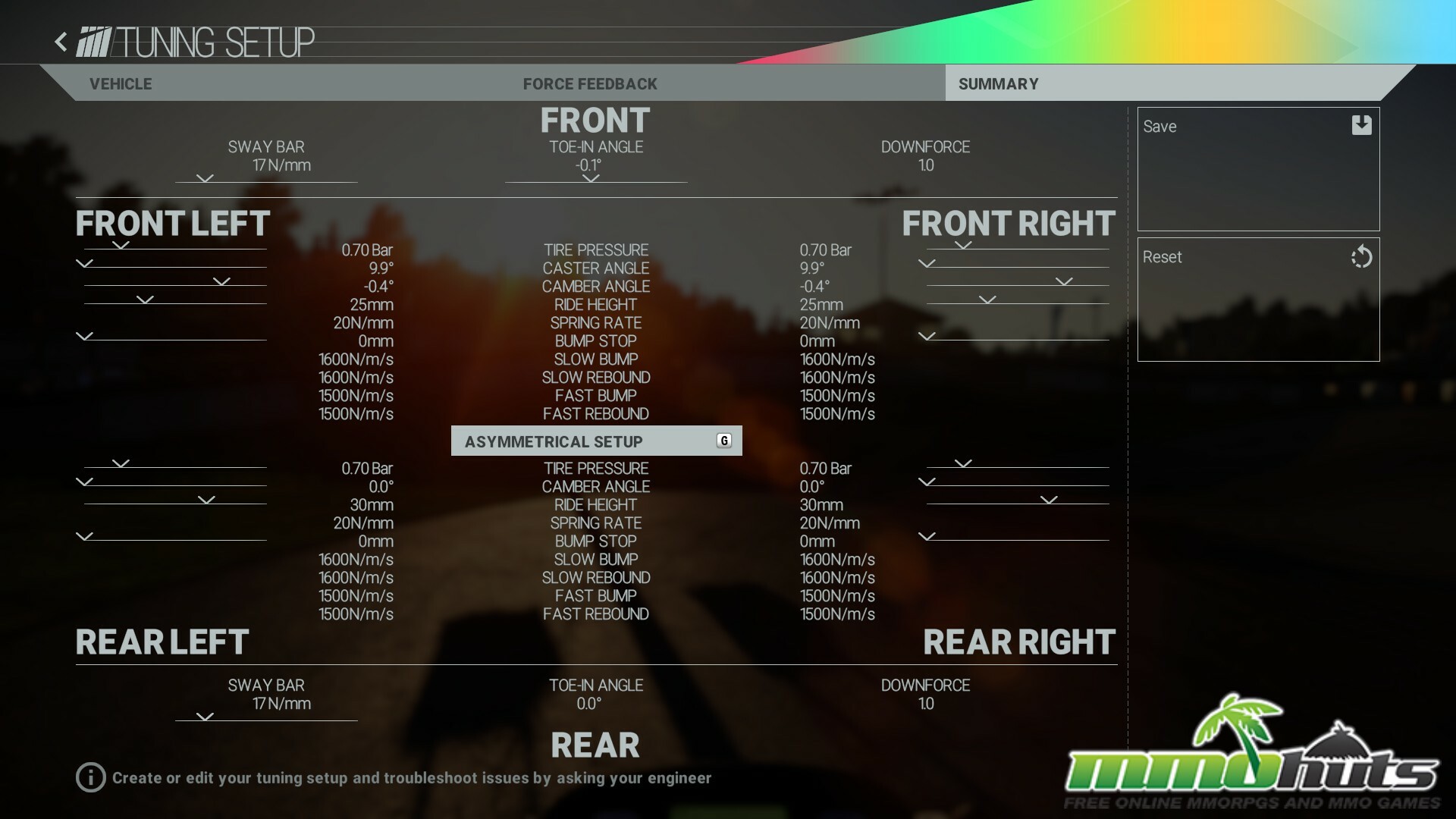 There are a lot of customization options for competitive players.

As expected, the steering wheel controls are well done. You feel like you are driving a car, turning has some resistance and the wheel turns with the car wheels. With a proper setup, you can have a lot of fun even if you are just driving around in practice mode. My Logitech G27 works great with this game, the steering wheel has proper force feedback, the pedals work well, and the shifter is responsive. I have nothing negative to say about the controls, great job Slightly Mad Studios!

Conclusion: Excellent (5/5)
In conclusion, Project Cars is an amazing racing simulator. It is definitely my favourite realistic racing game and one of the best racing games on the market. If you are looking for great online play, I would look elsewhere as the online functionality in Project Cars is very basic. However, if you are a competitive racer and enjoy racing for hours in order to shave off seconds from your lap time, Project Cars will not leave you disappointed. I highly recommend all fans of racing or cars to check out this game.

It is important to keep in mind that this game is a simulator, you are expected to struggle with driving in the beginning. However, do not let this keep you from the game as there are multiple gameplay options available to make the game easier and slowly introduce you to the world of racing. Features such as ABS and driving guidelines can help new players a lot.

Graphics: 5/5
The graphics in Project Cars are amazing. You can set the time of day and even weather settings for every race and see these changes reflected while racing. I was slightly disappointed when I booted up the game as the graphics did not look as great as the trailers or screenshots, despite playing the game at maximum settings but only at 1080P. It could be that the screenshots were rendered at much higher resolutions (and Project Cars supports these resolutions!).

Control: 5/5
There is nothing bad I can say about the controls for Project Cars. The game feels great to drive with my Logitech G27. I always feel like I am in control of my car and if something goes wrong I know what caused it. There is never a moment where I crash and blame the controls, with good use of the force feedback I am easily able to realize my mistakes.

Features: 4/5
Project Cars has a lot to offer and it is not missing anything you would expect from a solid racing simulator. I only wish for additional online features but if you are looking for a solid single player experience, Project Cars will not disappoint.

Customization: 4/5
As a simulator, Project Cars lets you change everything you would want to inside your car. There are settings for your tires and other parts of your car. I personally don’t mess with these too much as I am not an expert, but they can be great for competitive players. There is limited customization to the exterior and it only goes as far as changing paint colour.

Community: 3/5
With a crowdfunded game, the community is usually good. It is hard to comment on this too much as I mainly played the game offline due to the lackluster online functions.