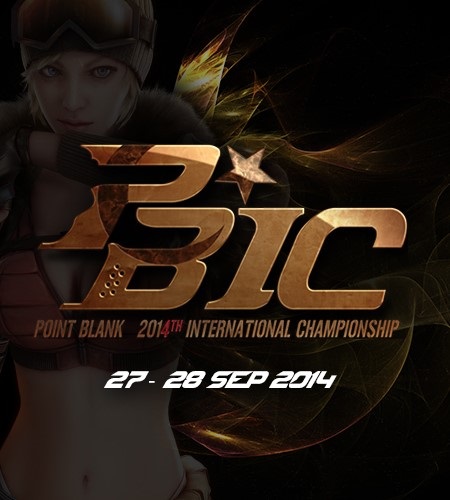 International publisher and developer, Zepetto who is responsible for the popular online FPS, Project Blackout (known as Point Blank outside of North America), announced today it will host the fourth annual Point Blank International championship, along with Nfinity Games from September 27-28, 2014 in Istanbul, Turkey. Eleven national teams from 10 different countries will be competing for a cash prize of $50,000 USD in the ultimate FPS tournament. For complete details visit http://us.fps-pb.com/

The Point Blank International Championship (aka PBIC) is an international in-person tournament launched in 2011 by Zepetto, developer of the popular free-to-play FPS. PBIC is the only FPS international championship tournament in the world hosted by the game’s own developer! Project Blackout (Point Blank) is internationally revered in 70 countries with 11 publishers across the globe. Teams from all over the world compete in Project Blackout (Point Blank) online, and finally the top national teams all over the world come to Istanbul for a chance to become the champion of all champions!

Teams from South Korea, Thailand, Indonesia, Russia, Turkey, Brazil, Latin America, Malaysia, Singapore, North America and the Philippines will all compete in full leagues of two groups moving on from semifinal tournament style to the finals and, finally, the ultimate cash prize.